Eye On The Sky: What Stargazers Can Expect in December

For stargazers looking to experience breathtaking events in our sky, the entire month of December has a lot of exciting sky shows to offer. We can expect so much during this entire month, including two meteor showers, several moon pairings, comet sightings, and an incredible solstice night.

Watch For Comets In Early December

Three amateur astronomers discovered a brightening comet on November 7th that is now named C/2018 V1 Machholz-Fujikawa-Iwamoto. The comet that is discharging dust and gas from the Oort cloud, which is a shell of icy debris that’s located at the outer edge of our solar system, is heading towards our sun.

It is believed that the comet will continue to get brighter and perhaps even get to a brightness of magnitude 5 during the first week of December. And yes, a comet with a magnitude 5 can be easily seen with binoculars. Unfortunately, the comet will set shortly after the sun in the western horizon, so finding it may not be so easy.

A second comet, called 46P/Wirtanen, will also make an appearance this month as it will make its closest approach to the sun on December 12th. This comet makes its way through our inner solar system every six years, so this is a rare, but excellent opportunity to get out and see the huge ball of ice and rock. It has also been predicted that it should be bright enough to be seen with the naked eye. 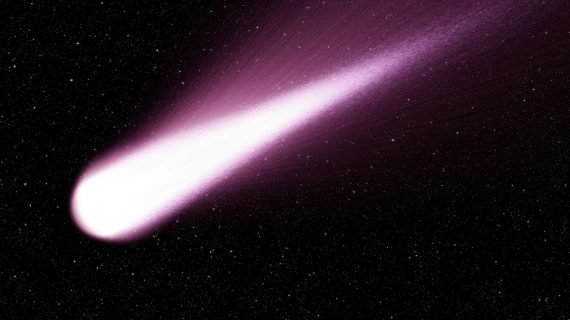 With the moon meeting Venus and the star Spica during the early morning hours of December 2-4 creating a breathtaking celestial triangle in the southeast sky, it will also meet up with Saturn not long after. On December 8th, around 30 minutes after sunset, take your binoculars out and look very low in the sky towards the western horizon and you will see the waxing crescent moon next to the star-like Saturn.

The Geminid meteor shower will peak on December 13th. If you’re up very late at night into the predawn hours, and if you look towards the northeast, you will witness the peak of this incredible meteor shower. And since the waxing crescent moon will set long before the peak of the meteor shower, it is predicted that 30 to 60 shooting stars will be seen every hour during that late night.

On December 14th, the moon will be close to Mars and they will both set together in the western sky before local midnight.

On December 21st at precisely 5:23 p.m. Eastern Time, the sun will be situated at its lowest point in the sky for the entire year of 2018, meaning that it’s also the shortest day of the year. This happens for people who live north of the Equator – the winter solstice.

For those who live south of the Equator, the sun will be at its highest point in the sky for the whole year, meaning that it’s also the longest day of the year – the summer solstice.

The Ursid Meteor Shower will peak on December 22nd during predawn hours. The shootings stars will be visible slightly above the bowl of the Little Dipper. The Ursids normally produce around 10 to 15 shooting stars each hour, however, very rarely up to 30 or even more shooting stars can be seen during its peak. 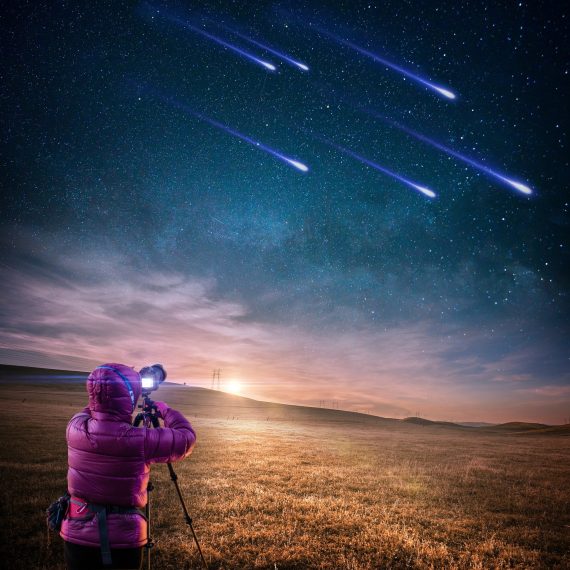 Moon Hangs Around The Beehive

On Christmas Eve, December 24th, the nearly full moon will be next to the Beehive open star cluster in the Cancer constellation. This cluster, which has over a thousand stars and is approximately 577 light-years away from us, will be easily seen with binoculars.

So, take a break from wrapping gifts and enjoy the early Christmas presents that our skies are giving us throughout the last month of 2018.