A new body discovered in the Solar System has been given the nickname “Farout” by the international team of astronomers who discovered it. The name seems to be fitting – as it is currently the most-distant body known in the Solar System at this time. It is around 100 times farther from the Sun than the Earth is. In fact, it is around 120 astronomical units (AU) away from the Sun. For reference, each AU is a measurement of the Earth's distance from the Sun. Fallen-from-grace former planet Pluto – once considered the farthest planet from the Sun (when its orbit did not go inside Neptune's) – is a mere 34 AU from the sun.

The previous holder of the farthest-known object in the Solar System was Eris at 96 AU. Farout was discovered as part of the International Astronomical Union's Minor Planet Center's search for the mysterious Planet X, or as it is more appropriately known with the (historically) recent demotion of Pluto from ninth planet to dwarf planet, Planet Nine. 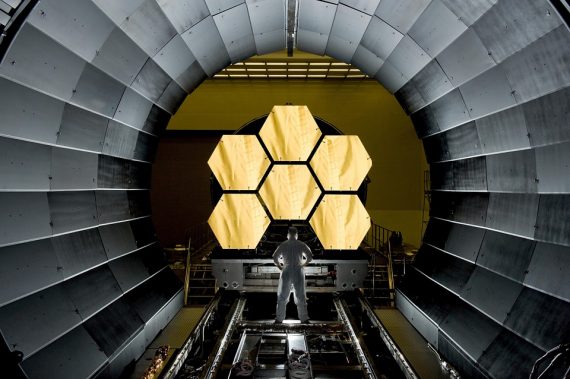 Previous discoveries made by the team include a distant Solar System object discovered around Halloween in 2015, nicknamed The Goblin to keep with the holiday spirit. The Goblin is around 80 AU and has a strange orbit, which gives some credence to a theory many astronomers hold that there is a yet-to-be-discovered ninth planet whose gravity is affecting it.

This team first proposed the theory of a ninth planet (formerly theorized to be Planet X) in 2014 when they discovered another distant object (nicknamed Biden) around 84 AU. While these objects are far enough not to be directly influenced by the gravity of gas giants Jupiter, Saturn, Uranus and Neptune, they are still having their orbits influenced by what seems to be an object of immense gravity. It is too soon to state whether or not Farout, or 2018 VG18 as it is scientifically known, is influenced by the same mysterious pull.

A scientist working on the discovery stated Farout is not only more distant, but also slower than other similar objects found in that area of space. However, it was found in a similar location and, while calculating its orbit may take a few years, scientists are expecting it to have similar orbital anomalies to its (somewhat close-by) neighbors. It is around 500km in diameter and is theorized to be spherical like other dwarf planets. It is assumed to have a pinkish hue like other ice-rich objects.

This discovery, coupled with the other discoveries leading back to Biden, or 2012 VP113, have given astronomers a more detailed look at the once vague and mysterious Oort Cloud thought to surround the Solar System. These discoveries are illustrating the cloud as full of rocky and icy orbs. If the gravitational influence on the orbits are proven to be from a yet-unknown ninth planet, however, that planet is most likely 10 times the size of the Earth – and potentially just as rocky. But, it is most likely not Nbiru.