Long before Dave Grohl copped the name for his excellent band, Foo Fighters were the mysterious UFOs and strange aerial phenomena that bedeviled Allied aircraft pilots (and reportedly Japanese and German pilots as well) during World War II. While most of the reported sightings occurred during that war, there were some seen in the aerial battles during the Vietnam War. However, most references to Foo Fighters since then are about the band, which is why a recent sighting over an Air Force base in San Antonio, with pictures of UFOs amongst US aircraft and a connection to Foo Fighters, is worthy of attention.

“My residence is located under one of the flight paths for Kelly AFB in San Antonio. I regularly take photographs with a Nikkon camera of military airplanes flying over and around my residence in daylight and at night. On November 26, 2018 I was doing yard work in the morning and witnessed two Air Force Fighter jets with full after burners flying very low, and loudly, over my residence. I had heard them taking off from Kelly AFB a few minutes before I saw them. They were flying toward the southwest.” 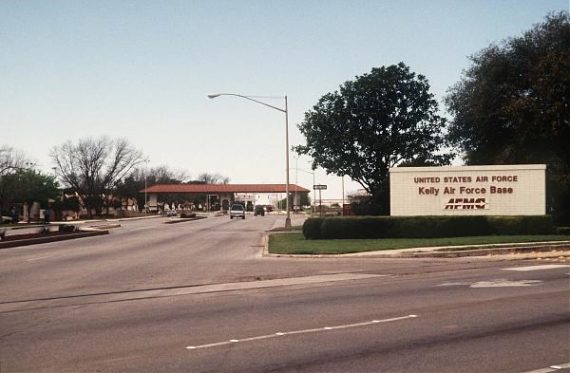 That MUFON report, case 96768, was picked up by the TexasUFOs website which posted the photographs under the headline "Unidentified objects escorting Air Force Fighter Airplanes" and made the “foo fighters” connection. To their credit, they also point out that the unnamed witness didn’t see the UFOs in the air during the two different times, 2 pm and 2:04 pm, that the photographs were taken and didn’t notice them in the pictures until a few days later. TexasUFOs also says that they obviously could be specs of dust or a lens anomaly. (See the photos here.)

The witness didn’t notice anything unusual about the flight patterns which would indicate the pilots saw anything in their airspace or on their radar screens. There haven’t been any military reports or videos of UFOs around Kelly AFB … no flying Tic-Tacs. That’s why “foo fighters” is really a misnomer for the San Antonio sighting. Most World War II pilots who saw them described them as ball of light or fireballs following their planes but never actually catching up, flying past or showing any unusual maneuvers. And, since there are no reports of them attacking, the term “fighter” shouldn’t have been used in either case. Since they were close, meteors can be ruled out as well (the probable cause of UFOs seen recently by Canadian pilots over Baffin Island). A luminous electrostatic phenomena like St. Elmo's fire or reflections of light on ice crystals, combined with the stress and intensity of aerial warfare, still seem to be more likely causes. 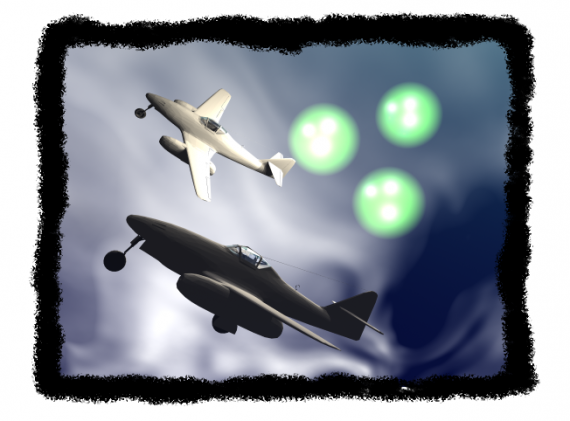 As for the San Antonio “foo fighters” … the needle at the moment is pointing to foo on the lens. You can have your band name back Dave.

The Sinister Story of the Hope Diamond Curse