Australian miners discovered the fossils of a new species of dinosaur and it’s about the size of a Labrador retriever. The fossils were found in a mine in Wee Warra which is close to the Australian outback town of Lightning Ridge. The herbivore, which has been named Weewarrasaurus pobeni, walked on its hind legs and had a break as well as teeth.

The Weewarrasaurus pobeni may have traveled in small groups or herds in order to protect themselves. These plant-eating dinosaurs are in fact quite different from the Cretaceous herbivores that were found in North America. But the most astounding feature of this newly found fossil is that it also had the gemstone opal in it which is found in New South Wales. 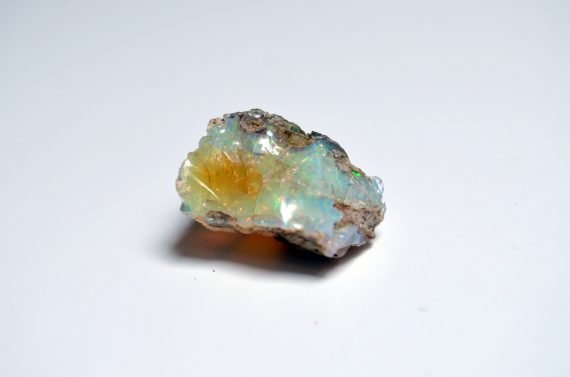 The dinosaur fossil was initially found in 2013 by an opal dealer based in Adelaide named Mike Poben. When he bought a bag of rough opal from the Australian miners, he looked through the items for fossils and that’s when he discovered that it was in fact an ancient jaw. “A voice in the back of my head said, teeth. I thought, Oh my God, if I have teeth here, then this is a jawbone,” Poben remembers. He went on to explain, “I found another piece of bone, smaller with sockets, turned it over, and then things really started exploding in my head. When I lined the pieces up, I realized I had two pieces from the same jawbone.”

Poben later donated the fossil to the Australian Opal Centre, which is a museum in Lightning Ridge and houses the largest collection of opalized fossils in the world.

Phil Bell, who works at the University of New England in Armidale, New South Wales, said, “As a paleontologist I am interested, really, in the anatomy – the bones, and in this case, the teeth.” He added, “But when you’re working in Lightning Ridge, you can’t ignore the fact that some of these things are preserved in spectacular opal that’s all the colors of the rainbow.”

Although there are hundreds of small mines in that area which are situated around 450 miles southwest of Sydney, dinosaur fossils are very rarely found there. Bell also explained that “It’s a truly unique area. There’s no place in the world like this, where you have dinosaurs preserved in beautiful opal.” The fossil, which is almost 100 million years old, contains the beautifully colored opal gemstone which formed over time from the concentration of silica-rich solutions that are found beneath the ground.

To see a picture of the fossilized jawbone containing opal, click here.

While there are less than twenty named Austrialian dinosaurs, the Weewarrasaurus is the fourth species named since 2015. The other three are a sauropod, Savannasaurus; an ankylosaur, Kunbarrasaurus; and another small ornithopod, Diluvicursor.

Back many years ago when the Weewarrasaurus lived there, the landscape was much different than it is today. Lightning Ridge had lakes and waterways on the edge of the prehistoric Eromanga Sea. During the mid-Cretaceous period, the location was also closer to the Antarctic Circle and had a climate where the temperature barely ever got below 40 degrees Fahrenheit and had long, dark winters.

While there were up to three species of small ornithopods that lived at Lightning Ridge, four more species are known to have lived in the state of Victoria. Bell said, “So here, small ornithopods had free range to feed on as much vegetation as they liked and evolve into many different species.” 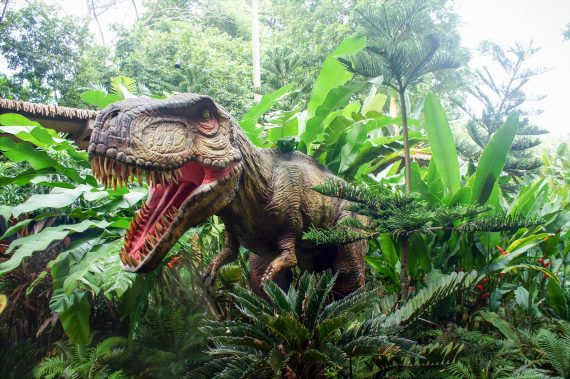 Penélope Cruzado-Caballero, who is an expert on herbivorous dinosaurs at the National University of Río Negro in Argentina, explained, “The new discoveries can help us understand the connections, possible migrations, and the relationship of the small bipedal herbivorous dinosaurs of South America, Antarctica, and Australia during the Cretaceous.”

Since her team found fossils of related ornithopods in Antarctica and Argentina, Cruzado-Caballero said that it “tells us that during the Cretaceous, there had to be bridges that connected these continents at least intermittently.” She also wondered, “Did the South American fauna migrate to Australia through Antarctica, giving rise there to the Australian ornithopods? Or was it the other way around?”

Those are very important questions to better understanding the ancient times when dinosaurs roamed the Earth and hopefully the newly found fossils will help to fill in some of those gaps.