When people hear the words “ghosts” and “Christmas” in the same sentence, one is likely to immediately think of those of Charles Dickens’ beloved classic story A Christmas Carol, with Scrooge and his harrowing night of being visited by the ghosts of Christmas past, present, and future. Other than this, it does not seem that this season of joy and peace should have anything at all to do with ghosts and phantoms, with hauntings typically the furthest thing from people’s minds at this time of year. And yet there are eerie places out there that are not only are haunted, but choose to demonstrate their supernatural mysteries only at Christmas time, and here are a few of the more bizarre.

There are a lot of spooky paranormal occurrences tied to Christmas that seem to revolve around certain places that for one reason or another become haunted at Christmas time, and have so for a very long time. England has several of these, and one of them is a road called Hawkhurst Road, in Marden, Kent. It is mostly an unassuming road like any other in the area, but it was here that on one dark Christmas Eve in the 18th century a notorious highwayman by the name of Gilbert stopped a horse drawn carriage carrying a man and his daughter. According to the tale, the bandit had the daughter step out of the carriage but before he could get to the father the horses spooked and bolted away into the night along with the man, leaving the daughter there alone with this murderous madman of a thief looming over her, made all the worse as she was hit with the horrifying realization that this was the very same highwayman who had killed her brother along that very same stretch of lonely road the year before. 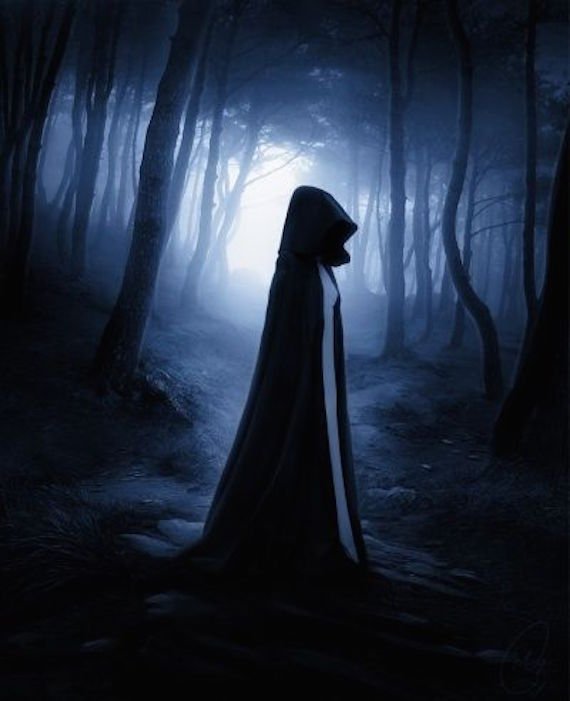 The leering pale face of the bandit came through the moonlight at her, but this young woman was no victim. She pulled out a knife she carried within her bag and in a desperate panic lashed out to plunge the weapon deep into the side of the undoubtedly very surprised Gilbert. As the nefarious criminal clutched at his bleeding wound, the daughter ran as fast as she could into the surrounding wilderness without looking back. Some amount of time later the coach returned to find the highwayman sprawled out along the side of the road in bloody mud, having finally succumbed to his wounds, and he was unceremoniously buried right there in a shallow, unmarked grave. The lore says that they also found the daughter, cowering amongst the moon frosted trees and supposedly completely stark raving insane. Locals say that not only does the tall, shadowy form of the highwayman Gilbert stalk the road to this day terrifying motorists, but also that on every Christmas Eve that fateful night plays out again and again, as if on an eternal loop, perhaps imbued into the very location itself and only visible on this one night.

There is another place in Kent that has its own Christmas haunting, and that is the historical Hever Castle, located in the rolling, idyllic countryside of the village of Hever, Kent. Originally built in around 1270 as a walled-in country house surrounded by a moat, from between the years of 1462 to 1539 it was the seat of the rich and powerful Bullen family, who later became the Boleyns. The original owner of the house, Henry Bullen, had a son named Thomas, who changed his name to Thomas Boleyn and ended up marrying Elizabeth Howard, the daughter of the Duke of Norfolk. The two had a daughter named Anne Boleyn, who would go on to create a major scandal at the time, and who lies at the root of the castle’s paranormal shadowing.

Anne’s sister, Mary, infamously began to have an affair with King Henry VIII, who was married to Catherine of Aragon. By all accounts the king was truly unhappy with his marriage to Catherine, and was also a real scoundrel with the women and incorrigible lech, becoming bored with Mary and choosing to pursue Anne, who proved to be rather hard to get, spurning his advances and telling him that if he really wanted to be with her he would have to divorce Catherina and marry her first. The king allegedly became absolutely obsessed with Anne, writing her dozens of letters professing his undying love for her like some lovesick schoolboy and generally being what we would call today “a creepy old man,” all the while working on his divorce from his wife. In the meantime, Anne was given the title Anne Marchioness of Pembroke, and was given money, royal lodgings, the works.

Anne eventually gave in to his relentless advances and got pregnant with the King Henry’s child, after which they got secretly married in 1533 and she became Queen. At the time she was not liked by the populace at all, with most thinking she was a seducer who had stolen the king away from the more popular Catherine. The whole thing was a fairly major scandal in the era, and it ended up leading to the King severing the relationship between England and the Catholic Church in Rome. Nevertheless, the two had their child, Elizabeth, and continued to defy all those who wanted to see them separated and who called her coronation an abomination. Unfortunately for Anne, players will play, and King Henry VIII was soon chasing skirts again, this time a bridesmaid at their own wedding, a young, comely woman named Jane Seymour. To make matters worse, there were numerous rumors being tossed around that Anne was sleeping around with everything that moved, including incest with her own brother, and the king began to believe it.

To say he did not take it well would be an understatement, and King Henry had Anne arrested, charged with treasonous adultery, and beheaded in 1536 at the Tower of London. The Hever Castle itself would go on to be passed around to different owners, including the famous American millionaire William Waldorf Astor in 1903, before finally coming to Broadland Properties Limited, who have put it on public display. Through it all one resident has remained the same through the centuries, and that is Anne Boleyn herself. According to the book Haunted Castles of Britain and Ireland, by Richard Jones, for reasons not entirely clear, Her spectral form reportedly appears every Christmas Eve upon the bridge on the property that spans the river Eden, slowly floating towards the castle, perhaps trying to come home from some other place, but inevitably fading and vanishing before she reaches the castle doors, doomed to repeat this the following year, and the year after that, perhaps until the end of time.

Also in England we have the stately Roos Hall, in Suffolk, built in the 16th century. It is an imposing building, with an undefinable spooky ambiance and a twisted and gnarled, monstrous looking old oak tree once used as gallows in past times sitting right out front, which have perhaps contributed to the many ghost stories that originate from the hall, to the point that is frequently referred to as one of the most haunted places in England. Some of these entities include the apparition of a little girl who creepily appears in one of the upstairs windows, a phantom hound that prowls the grounds, and there is even supposedly a footprint from the Devil himself imprinted into one of the building's cupboards, but perhaps the most interesting and most frightening is a haunting that only occurs at Christmas time.

It is said that every Christmas Eve the intimidating presence of a ghostly phantom coach pulled by four snorting jet black horses will bloom from the night to come speeding down the road and up the driveway of the estate. Sitting in the driver’s seat is a phantom of a man who is rather frighteningly missing his head. The coach is supposedly completely silent even as it draws inexorably closer, and it will vanish just before reaching the hall proper, the whole thing to be reenacted the following Christmas Eve. Who this headless coach driver is supposed to be and why he should appear only on Christmas Eve upon a carriage pulled by demonic black horses are anyone’s guess, but it has become a very famous piece of scary paranormal lore in the area.

It is interesting that in all of these cases we have hauntings that, for whatever reasons, seem to be inextricably tied to Christmas. Why should this be, and are any of them real or are they just spooky myths and legends? If these stories and others like them are in any way real, they could be indicative of a phenomenon known as “residual hauntings.” This brand of haunting is characterized by phantoms and wraiths that seem to be acting out a particular set sequence of events, always the same, with none of the entities seeming to realize that they are being watched, nor displaying any real independent thought at all outside of mindlessly carrying out their eternal tasks. 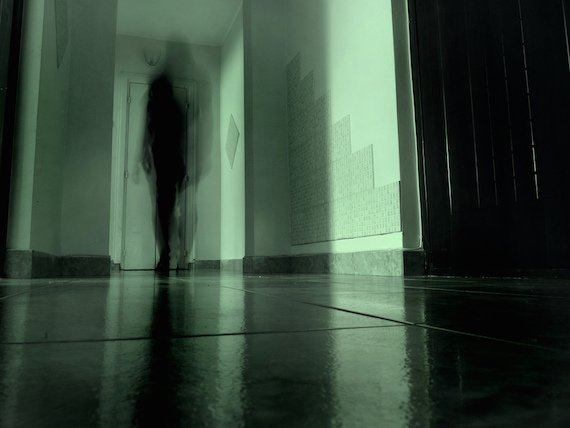 These events can be witnessed almost on a continual loop at times, and it is speculated that what we are actually seeing in these cases is not ghosts as many may think of them, but rather a memory somehow imprinted upon a place, as an image is etched into film. Why or how this might occur is unknown, but could possibly be caused by extreme emotions or trauma seeping into the very fabric of a place to somehow sear an event into reality, possibly helped out by the design of a structure or the composition of the surrounding landscape. There is of course no evidence at all that this really happens or if it is in fact even possible, but if it is, and a particular day or time frame held a particularly potent charge of this energy, then it could explain why a residual haunting would become visible only at certain times and not others, like say, on Christmas Eve. In this case the time when an event occurred or at least the emotional state of the participants at that time could be instrumental in these events being carved into that spot and appearing at that time.

This is for sure all pure speculation, but something interesting to think about nevertheless. In the end it is not really possible for us to know whether these are examples of true paranormal occurrences or mere urban legends and myth, but the fact that in these cases they all occur at the holiday season is intriguing, and adds a bit of an ominous layer over the image of Christmas as solely a season of joy and happiness.