The discovery of seven virgins is big news, although it would be bigger if the virgins were men instead of women. In this case they’re women but their discovery after a massive flooding is huge in both archeological and Hindu religious contexts because they may be terracotta religious statues of a long-lost civilization that once lived along the Pamba River in southern India. Why were these Seven Virgins significant enough to honor with statues? It may not be what you think.

The Hindu reports that the terracotta statues of “male and female figurines, snakeheads, bust of a man and a twin female terracotta figurine” were found in late September in Edayaranmula, a town in the south western state of Kerala, when the banks of the Pamba (also referred to as the Pampa) river collapsed after a recent heavy deluge and destructive flash flooding. Fishermen in the area found the artifacts amongst uprooted trees and did the right thing by contacting the local Kerala Department of Archeology.

“Mostly, the idols had seven faces. A group of seven women sitting close together was a prominent kind of figurine. We also found male figurines and Naga (serpent) figurines. The idols look like they belonged to a place of worship — like a sacred grove for the naga gods (pambin kavu). The concept of Sapta Kanya (seven virgins) or Sapta Matrika (a group of mother goddesses) is a common theme in the idols. Votive sculptures or shilpams used for idol sacrifice was also excavated from the region.”

Krishnaraj K, a professor in the Department of Archaeology, told The News Minute that a few terracotta figures had been found in this region before so he knew immediately this was not a hoax. Teams descended upon the area and began careful excavations which unearthed the exposed statues and found many more. (Photos here.)

“We are going to send them for Thermoluminescence dating, a process used to determine the exact age of the figurines by identifying the time elapsed since the material was exposed to sunlight or heat. We will be sending the samples to Wadia Institute of Himalayan Geology in Dehradun.”

It is hoped that the artifacts will shed light on the long-lost Pamba River Civilization, a Bronze Age (3300 to 1200 BCE) culture significant to the beginnings of the Hindu religion but whose early history is a mystery. In the old Hindu Epics, Pampa was Lord Brahma's daughter and later married Lord Shiva. Lord Ayyappan (Sri Dharmasastha), son of Lord Shiva, appeared as a child on the banks of the Pamba River and it is considered to be the southern equivalent of the Ganga, drawing devotees of Lord Ayyappan to bath in it and build temples on its banks. It’s suspected that the artifacts are from one of more such temples.

“Saying that is a bit much. A civilization stands as a huge era in history, consisting of many generations of people and their progress. Here we are talking about small tribes living close to the river. The idols found are mostly used for worship.”

Krishnaraj hesitates to say that these are terracotta missing links of the Pamba River Civilization, but they’re definitely religious artifacts used by a small group of its members. Archeologists know that when there’s a few there’s probably more so they will continue to excavate the area and research the statues. 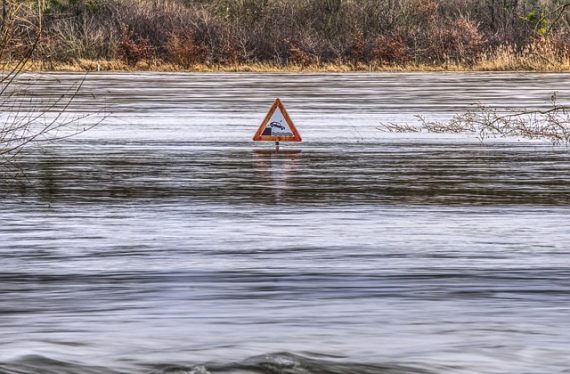 And the Seven Virgins? The Sapta Kanya (seven virgins) or Sapta Matrika (seven mother goddesses) are still worshiped in southern India. More significant are the Naga figurines which represent a race of half-men and half-serpents (cobras) that are believed to be guardians of the water. All point to this being the likely site of an ancient temple of an ancient lost civilization.

Floods take away but they sometimes give back too.

The Children of the Aliens?