Geoscientists exploring the remote Canadian wilderness have discovered a massive cave in British Columbia's Wells Gray Provincial Park which may have never been explored by humans. In a nod to The Return of the Jedi, the cave has been nicknamed the “Sarlacc Pit” due to its gaping hole-like appearance - although us real fans know that the actual name was the “Pit of Carkoon” and that the Sarlacc was the ancient carnivorous beast inside the pit, not the name of the pit itself. Filthy casuals.

The cave in British Columbia was spotted by helicopter crews conducting a caribou count. It’s believed that the entrance has been covered in snow up until the last few decades, hence why it hasn’t yet been documented by either indigenous First Nations peoples or the Canadian Ministry of Forests, Lands and Natural Resource Operations. While we’d all like it to be named after the Sarlacc, consultations are underway with First Nations representatives to determine if they would like to name it.

The cave has not yet been given an official name or explored, and researchers aren’t exactly sure how it avoided detection for all of these years. "My immediate reaction was that there can't be a cave there, it's impossible," said scientist Catherine Hickson. "It is huge. It is enormous. When you first see it, you just gasp because it's just this huge hole in the ground." The entrance measures 100 meters by 60 meters - the same size as a football field - and opens onto a shaft extending 100 meters underground. Check out Canadian Geographic's coverage for some breathtaking photos of the massive, unexplored cave. 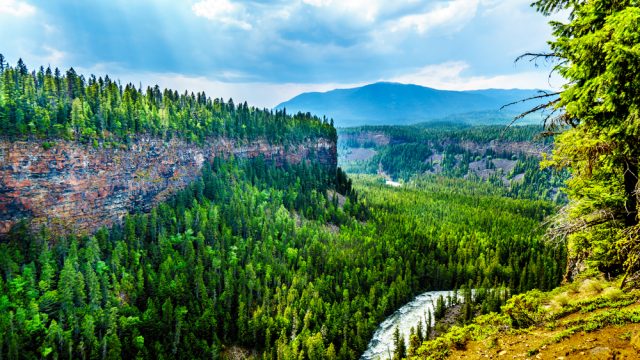 Just what exactly may lie at the bottom of this cave remains unknown, as are its exact dimensions; once the cave is explored, it very well could become Canada’s largest cave. For now, scientists are keeping the location of the cave a secret until more research can be done and in order to protect it from intrepid spelunkers seeking to find a new definition of pain and suffering as they are slowly digested over a thousand years.