Montana Man Shot At By Gunman Who Mistook Him for Bigfoot

“I thought you were Bigfoot. I don’t target practice — but if I see something that looks like Bigfoot, I just shoot at it.”

The Montana man who heard these words is lucky to be alive today after being shot at by someone claiming to have mistaken him for a Sasquatch. It turns out this wasn’t an isolated incident in Lewis and Clark County and the sheriff’s office is looking for the Bigfoot hunter before he finally hits someone. Or something? Should Bigfoot be worried as well?

“We’re working to find this person. It is of great concern that this individual might think it’s okay to shoot at anything he thinks is Bigfoot.”

There’s some question on an ethical front about whether it’s OK to shoot at an actual Bigfoot, but that’s a story for cryptozoologists and philosophers to argue about around a campfire. Right now, Lewis and Clark County Sheriff Leo Dutton told the Helena Independent Record that the individual who took multiple shots at an unnamed man on December 16th in the North Hills near Helena, including while he was running away, was driving a black Ford 150 pickup truck and, if apprehended, could be charged with attempted negligent homicide. 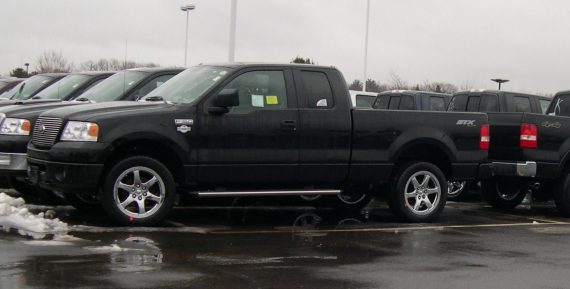 While the victim bravely approached the shooter and heard the “I thought you were Bigfoot” alibi, anyone seeing the truck should call the authorities immediately because a second report was filed by a woman who was also shot at by the Ford 150 driver and received the same “Bigfoot” alibi. She gave the sheriff a better physical description of the obviously myopic shooter.

The shooting should be of concern to all Bigfoot searchers everywhere, not just in the woods of Montana which the Bigfoot Field Researchers Organization reports has had 46 sightings since 1978, including 8 in Lewis and Clark County. Remember, you’re sharing the forest with wild creatures … and animals too … but the animals aren’t armed. Wear bright orange gear and tell people where you’re going, when you’re leaving and when you expect to get back. Bring cameras, phones and other recording equipment and practice using it quickly – seconds count whether it’s Sasquatch or a shooter. Have something to record details, either written or otherwise, and don’t rely on your memory. If something similar to the situation in Montana does happen, report it immediately and be prepared to be met with professionalism but also skepticism … after all, you’re looking for Bigfoot.

Let’s hope the authorities find and arrest the shooter. No one wants to die in the quest to find Bigfoot. That includes Bigfoot.