In the last several decades, astronomers have confirmed a few thousand exoplanets, while there are still thousands more that are considered candidates. Astronomers discovered more of these planets that are orbiting distant stars, and on December 3, 2018, 104 more exoplanets were confirmed. And of those 104, at least 18 of them are less than two times bigger than Earth (but smaller than Neptune) and it’s believed that they have rocky compositions with atmospheres which are comparable to what we have right here on our planet.

Those eighteen planets have little to no atmosphere which means that they don’t have thick or deep atmospheres like the ice or gas planets in our solar system. This means that they would have thinner atmospheres very much like Earth as well as other rocky planets, such as Mercury. 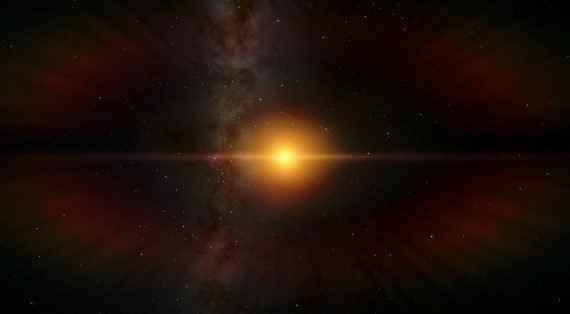 Around two dozen of the newly discovered planets are in multi-planet systems with some of them having extremely short orbital periods which last less than 24 hours. Astronomers have named them ultra-short period (or USP) planets. These USP planets are normally large gas planets (like Jupiter) but they orbit their own stars at very close range. In fact, one of the newly found planetary systems, called K2-187, includes four known planets with one of them being a USP planet.

Astronomer John Livingston from the University of Tokyo led the most recent study of the newly discovered planets and also created a video visualization describing the planets and their temperatures compared to Earth’s. Click here to see Livingston’s visualization.

These newly discovered exoplanets were in two different parts. First of all, researchers from the University of Tokyo, as well as the Astrobiology Center of the National Institutes of Natural Sciences in Japan, announced that they had discovered 60 new exoplanets from data which came from NASA’s Kepler mission and ESA’s Gaia mission. And before that, in last August, 44 other planets were previously discovered, which brings the total to 104 newly found exoplanets.

The most recent find of the 60 new planets came from analyzing a total of 155 planetary candidates that were discovered in the K2’s second year data. K2 is the modified second phase of the Kepler planet-hunting mission and Livingston believes that hundreds more exoplanets are out in there waiting to be confirmed. He said, “By extrapolating our analysis of these 155 candidates, we estimate that hundreds of planets remain unconfirmed in the K2 data.”

The Kepler Space Telescope has officially been retired by NASA, but there is another telescope that’s called TESS (Transiting Exoplanet Survey Satellite) that is currently collecting data and has already found numerous new exoplanets.

There have been thousands of exoplanets discovered and while some are just candidates and others have been confirmed, there is so much of the universe that has yet to be discovered and there’s no doubt that with further research, many more of these exoplanets will be located.

Why George Adamski Was Watched By The Government