It seems that wherever one goes on this water-filled planet of ours one is bound to find lakes and other bodies of water, and wherever that may be there are often tales of lake monsters and other denizens of the depths to go with it all. Of course the rock star of such creatures is the Loch Ness Monster of Scotland, but this barely even scratches the surface of such oddities, and tucked away within every corner of the globe are such mysteries. South America certainly has its share of these, and from lake monsters to mermen, to other oddities, there is no end to the strange creatures that supposedly call this place home.

By far one of the most well-known and “mainstream” of South America’s lake monsters is said to prowl the depths of Nahuel Huapi Lake, in Patagonia, Argentina, which is a glacial lake that covers approximately 340 sq. miles of rough terrain at the foot of the Patagonian mountains. The creature in question has affectionately been nicknamed Nahuelito, has been described somewhat differently by different witnesses. In some accounts it is a huge, plesiosaur-like creature with a long neck and flippers, in others it is more serpentine in nature, with humps and fish-like fins, and estimated as being anywhere from 15 to 150 feet long. Whatever the case may be, it always surfaces with a swell and surge of water, and it seems something very strange is inhabiting this remote lake indeed. 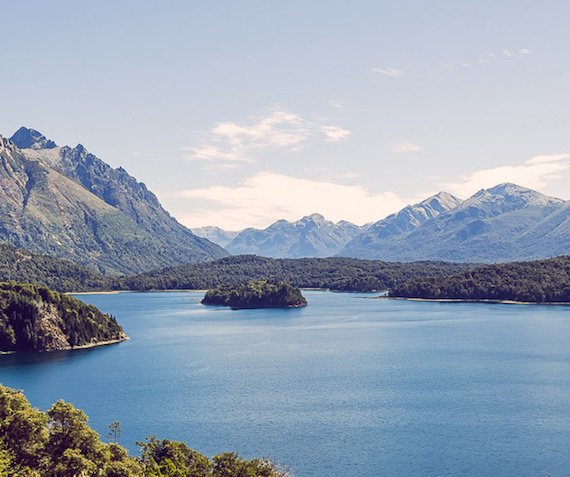 The native tribes of the region have long told of something very large lurking within the lake, but the creature became most entrenched into the public consciousness with a sighting made in 1910 by a man named George Garrett, who saw a creature around 20 feet in diameter surface near a rocky inlet to rise 6 feet out of the water before sinking back under the waves. Another notable sighting was made in 1922 by a gold prospector by the name of Martin Sheffield, who claimed to have seen “an animal with a huge neck like a swan, and the movements made me suppose the beast to have a body like that of a crocodile.” Sheffield allegedly also found huge tracks on shore and tracts of bushes that had been flattened by the massive beast. A zoologist and Director of the Buenos Aires Zoo, Clementi Onelli, was so impressed by this sighting that an expedition was launched in search of the beast, to no success. Interestingly, another zoologist, a Dr. Albarrin, was also convinced that something was there in the lake, and actively petitioned the Argentine government to limit access to the lake in order to preserve the possibly endangered animal.

Considering that the lake is home to a popular tourist resort called Bariloche, there have been many other sightings of the creature in the lake over the years, with some well-regarded ones popping up quite recently. In 1994, a Paula Jacarbe and Jessica Campbell were allegedly at a place called the Peninsula de San Pedro when they spotted an immense aquatic monster described as being reminiscent of a “headless whale” cavorting about in the lake before submerging, only to resurface around 45 minutes later to scare the daylights out of them. They tried to find someone with a camera to take pictures at the time, but failed. Indeed, the creature has been rather camera shy to say the least. The best photographic “evidence” comes from as recently as April of 2006, when an anonymous man dropped off some photos of the alleged creature along with a note that read “This is not a wave. Nahuelito showed his face.” The photos themselves show what appears to be a reptilian head poking above the water, but the pics have widely been denounced as a hoax.

Theories as to what Nahuelito could be range from that it is a remnant population of aquatic dinosaur to some mutation caused by nuclear experiments, to the idea that it is some sort of mysterious submarine puttering about, as well as of course the skeptical theory that this is all overactive imaginations and floating logs or other flotsam, but for now it remains unsolved. In the meantime, the creature has become a major star in its homeland, appearing on numerous TV shows, in books, and plastered across t-shirts and other merchandise. It has even been featured in mainstream American cryptozoology programs such as Destination Truth with Josh Gates. Whether any of it is real or not, at least the people of Argentina are having fun with it all.

The region of Patagonia incidentally has another supposed water monster at the Reloncavi Fjord area, which abuts the coast and winds up the coast of Argentina. Here there is a lake called Lake Vidal Gormaz, where according to the site Patagonian Monsters in 1995 a local witness named Carlos Pinto sighted a strange creature swimming through a river connected to the lake called the Puelo River. The witness claimed that he saw the beast as he made his way upstream in a small motorboat, and that it had “the head of a little foal, with a shiny hide and a short rigid mane.” The creature generated such a rush of water as it passed that the man’s boat was apparently nearly overturned by the surge. Pinto’s aunt would supposedly see the creature as well, saying “an animal like a small foal appeared which had feet like those of a duck and it walked like a duck.”

Elsewhere in South America we come to Brazil and its meandering, majestic Amazon River. Here we hear stories of a gigantic horned water serpent called the Yacumama, often said by the indigenous peoples to reach such massive lengths as up to 160 feet long and with formidable heads up to 6 feet wide. Bizarrely, this creature is said to use a concentrated burst of water similar to a fire hose in order to stun its prey or even knock it out of trees, before dragging it to its doom clutched within fearsome fanged jaws, and some reports say that this stream is also used for burrowing. The famed explorer Percy Fawcett, who I have written of here before, purportedly came across this monster or something like it, writing of his harrowing encounter:

We stepped ashore and approached the reptile with caution. It was out of action, but shivers ran up and down the body like puffs of wind on a mountain tarn. As far as it was possible to measure, a length of 45 feet lay out of the water, and 17 feet in it, making a total length of 62 feet ... such large specimens as this may not be common, but the trails in the swamps reach a width of six feet and support the statements of Indians and rubber pickers that the anaconda sometimes reaches an incredible size, altogether dwarfing the one shot by me. The Brazilian Boundary Commission told me of one killed in the Rio Paraguay exceeding 80 feet in length! 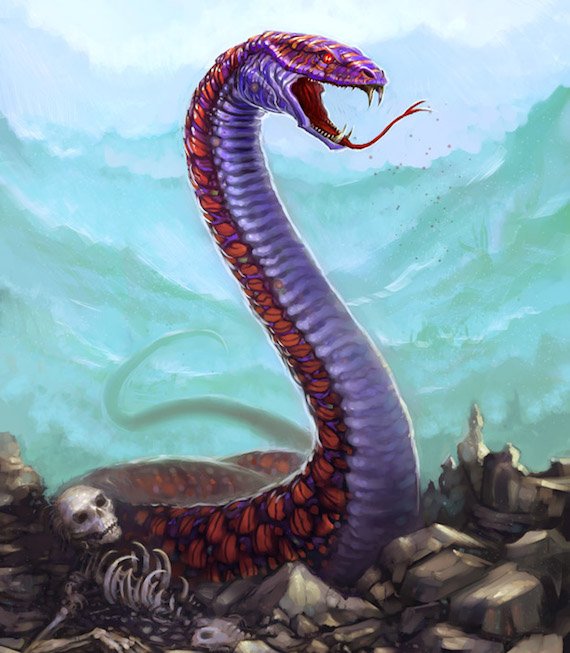 Is this some undiscovered species of outsized snake or something else entirely? Also in Brazil is a bizarre water-dwelling beast called the Igpupiara by the natives, which translates simply to “the one who lives in the water.” These creatures are usually described as almost humanoid in nature, similar to the entities of mermaid legends, and are apparently quite aggressive, killing their victims through superhumanly powerful embraces that crush them to death. One account from 1583 given by the explorer Fernão Cardim describes them as follows:

They look like men of good stature, but their eyes are very hollow. The females look like women, have long hair and are beautiful: these monsters are found on the bars of sweet rivers.

Similarly there are tales of another aquatic or amphibious humanoid in the Amazon called the “Water Caboclo,” which is supposedly quite stout and muscular, with black leathery skin, membraned hands or fins, red flowing hair, and in some accounts only one eye in the center of the forehead. The creatures are usually said to be always angry and very aggressive, never hesitating to attack unprovoked, and their skin is apparently impenetrable by bullets. The creatures are apparently so fierce that the natives of the region are known to leave out offerings in order to appease them. Is this all myth and folklore or is there perhaps something to it? 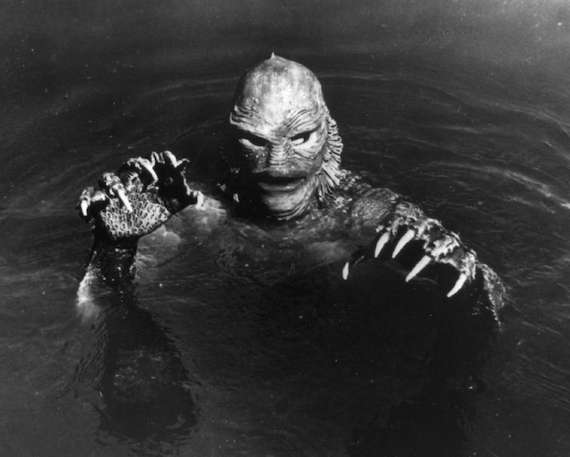 Moving on to the country of Columbia we have what seems to be something rater bizarre dwelling within the picturesque Lake Tota, which at around 21 square miles in area is the largest lake in the country. For centuries there had been spotted within this isolated body of water a creature known locally as the diablo ballena, or “Devil Whale,” which the area’s Muisca people regarded as a god. The creature itself is mostly described as a “a big black snake, with eyes that shine,” and it is said in local lore to be the very entity that created the lake to begin with.

Early conquistadors began to site the monster as well, such as Gonzalo Jiménez de Quesada, who said it was “a fish with a black head like an ox and larger than a whale,” and sightings continued from then onward. In 1823, French explorer Gaspard Théodore Mollien saw it, saying it was an “evil creature inhabits its depth in dwellings,” and in 1852 the writer Manuel Ancízar would call it “the freshwater devil.” To this day there are sporadic sightings of something strange prowling the depths here, although what that might be no one knows. 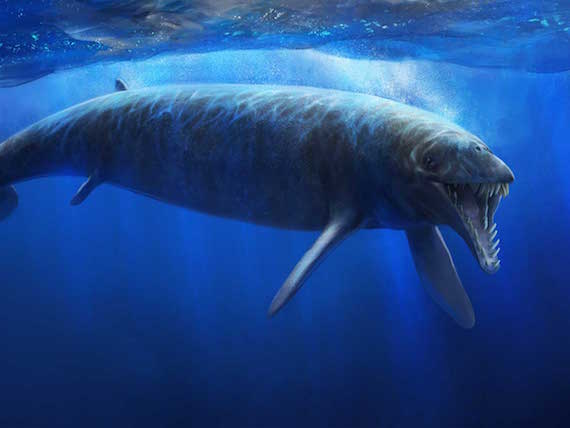 Lastly we come to the remote badlands of the Chilean Andes Mountains, where there sits a glacial lake called Lago Lacar, home to a creature that inhabits it and its surrounding waterways. The mystery animal is mostly said to resemble a splayed out cow hide, leading to its moniker El Cuero, which literally means “cow hide,” as well as the Hueke Hueku in other locales. The creature apparently has a hairless head with eyes on stalks that sits atop its hulking form, as well as sharp claws and a prominent backbone that juts out almost like a dorsal ridge. Most grotesquely, the beast is said to feed upon its prey by inserting a long proboscis, which then sucks from it all of its blood, in a very similar manner to a mosquito. It has been speculated that this monstrosity might be a type of freshwater stingray, but with its blood sucking inclinations who knows?

Just as with many other countries South America has shown that pretty much anywhere one finds a body of water one is bound to also find tales of lake monsters, river monsters, and sea serpents. It is almost a primordial need for us to populate those depths with such denizens, and the lore and mythology of our planet is rife with such entities. What are we looking at here? Is this undiscovered animal species, spirits, or something else? As we strive to understand these questions the answers may be gliding through the remote waterways of our world, continuing to elude us.

A special thanks to Glenn Harrison of Hardcore Paranormal for his help with this article.