Mysterious Space Sounds Being Picked Up in Antarctica

As the guys who just became the first and second humans ever to cross the continent on a solo expedition can attest, Antarctica is one quiet place to be. Besides hearing a pin drop to the ice at your feet, that eerie silence means sounds carry, allowing one to hear a pin drop or a glacier break from miles away. It’s hard enough to identity those sounds being picked up on the horizontal plane … it can be nearly impossible and sometimes scary when they’re coming down from space. Aliens? The researchers aren’t completely sure of the cause, but while they study the sounds, they’re also selling the mysterious recordings to the makers of video games to blast us with them too. Wait … what? WHAT?

“The new exploration gameplay, gives players the chance to experience the amazing ‘sounds of space’ for themselves. The players, who already have an interest in exploration and space, will hopefully enjoy the new space ‘sounds’ and be tempted to find out a little more about them.”

Dr. Nigel Meredith is an (evil?) scientist working for the British Antarctic Survey (BAS) at the Halley Research Station on the Brunt Ice Shelf for four years (too long?) revealed that the sounds he and the team have been recording and trying to identify were packaged together and given to game developers Frontier Developments who this month released them onto the general public in a new exploration game called Elite Dangerous with the hope that the eerie sounds will somehow draw others to Antarctica to study them (is he lonely?). 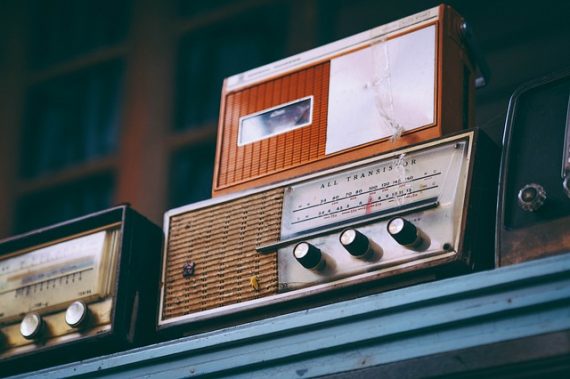 “Our planet produces a wonderful variety of radio emissions. As we know, we can't hear things in space. Since sound waves are vibrations, typically of air molecules. But the emissions we're talking about are mainly electromagnetic waves and they cannot be heard directly."

So, the mysterious space sounds picked up by the Halley VLF receiver at the station are beyond the range of normal human hearing and suspected to be the sounds of all manners of electromagnetic disturbances, from lightning strikes to geomagnetic space storms. Once isolated, Meredith gives them descriptive names such as “spherics” (these sound like hail hitting cement and are from lightning activity), “whistlers” (high-pitched sounds like radio feedback caused by lightning energy trying to escape Earth’s atmosphere) and the “chorus” (caused by solar storms, these sound like birds and insects in a rainforest. In addition to being in the Elite Dangerous game, the sounds can be heard on the British Antarctic Survey’s website (here’s the link … if you want to risk being pulled to spend time in Antarctica with Dr. Nigel some day).

“It’s mind-blowing that you get such fascinating (and baffling) audio from listening to nature throwing a ton of solar wind at a magnetic ball.”

Joe Hogan, lead audio designer for Elite Dangerous, explained in an interview with Gizmodo why he was attracted to Dr. Nigel’s mysterious sounds for the game. The money he’s making at Frontier Developments has probably kept him from being pulled to Antarctica … for now. Maybe he can do us all a favor and give Dr. Nigel a job at the company – Cambridge UK is a little warmer than Antarctica and Frontiers Development has plenty of people to keep the scientist from being lonely.