Is NASA getting ready for some kind of disclosure of what it and the U.S. government know about aliens, UFOs and the other stuff conspiracy theorists believe is hidden in real X-files? Here’s a sign the answer may finally be yes – the agency announced last week the hiring of a communications department executive whose mother claims to be an alien abductee and recently ran for Congress. Couple that with her connection to another announcement last week that the Pentagon is putting plans in place for the president’s Space Force and the Christmas wishes of conspiracy theorists may be coming true … whether they believe in Santa or are just marginal about it.

On December 17th, Bettina Inclán was named by Administrator Jim Bridenstine to be NASA’s Associate Administrator for Communications. Inclán definitely has the right background for the job with over 15 years of experience as a communications specialist and strategist working with major technology firms and non-profit organizations, and has held senior roles with government leaders at the federal, state and local levels, including one who said this:

“I went in. There were some round seats that were there, and some quartz rocks that controlled the ship — not like airplanes.”

That’s Bettina Rodriguez Aguilera, who Bettina Inclán calls ‘Mama’, describing the alien spaceship she was taken to at age 7 by “three blond, big-bodied beings — two females, one male” who continued to communicate with her telepathically at various times later in her life. While she readily admitted to her extraterrestrial encounters earlier in life, she denied them at first when they came out during her recent campaign for a Congressional seat in Florida. Although she finally admitted to the abduction and later encounters, they didn’t prevent her from being endorsed by the Miami Herald but didn’t help her get elected.

Did her mom’s revelations help Inclán get her job with NASA? It didn’t hurt … nor did the fact that her brother-in-law is Jarrod Agen, Deputy chief of staff and communications director for Vice President Mike Pence … 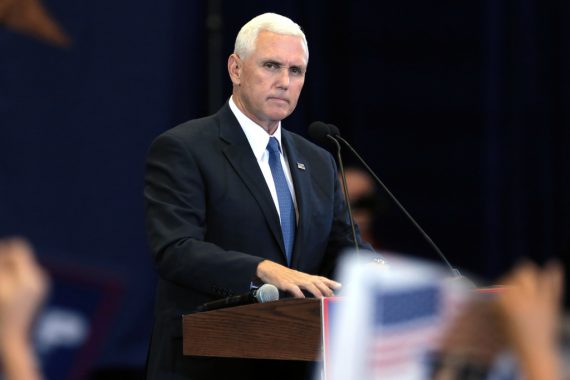 … who last week announced at the Pentagon that President Trump will sign a new space policy directive in the coming days that will lay out plans and a timeline to create a U.S. Space Force as a sixth branch of the armed forces. Pence then received a briefing on space operations and cyber defense and on the proposal the Pentagon is drafting to establish the Space Force.

Is Bettina Inclán, with her family ties to aliens and the Space Force and her new job in NASA’s communications department, the long-awaited focal point for full disclosure of government secrets about aliens and UFOs? Will she introduce her mother’s alien friends to the Space Force or will she warn them to leave town before they start shooting? 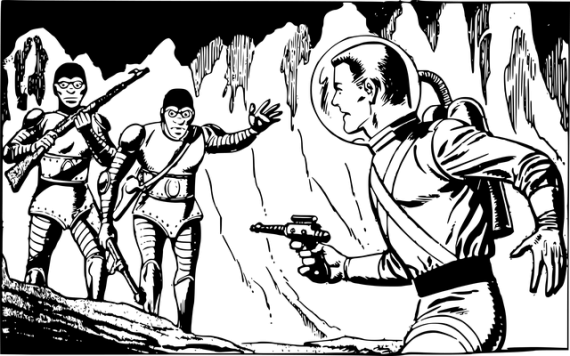 To conspiratorially paraphrase a famous Star Wars quote -- the dots are close together with this one.

The Sinister Case of the Vampire Clan Murders