What is it about NBA basketball that attracts some of the strangest athletes to it? Does it have anything to do with Cleveland? Last year, Kyrie Irving, then an all-star for the Cleveland Cavaliers (now with the Boston Celtics), famously declared that, despite making a living with a round ball, he believed that the planet he played the game on was flat. Now, Steph Curry, famous for leading the Golden State Warriors to three championships over the Cleveland Cavaliers (losing only in 2016 to the Cavs with Irving and some other player) and the son of a former Cavalier, has come out of the conspiracy theory closet saying that he doesn’t believe that NASA (or any other space program) has ever put a human on the moon. Is it basketball? Is it Cleveland? Are players distracted from reality the same way they‘re distracted during free throws? 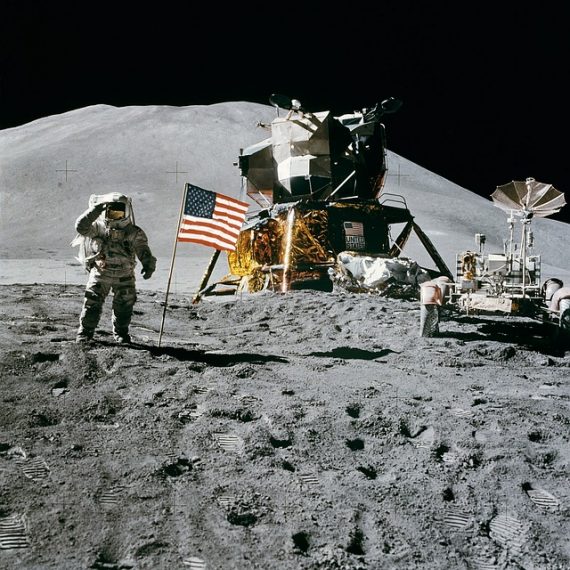 During an appearance on a podcast with Golden State Warriors teammate Andre Iguodala and Atlanta Hawks players Vince Carter and Kent Bazemore, Curry asked the others about the moon landing and then quickly agreed with their negative responses. Since you have to be a real fan to recognize the other names, Curry got the headlines for his comment. When challenged by cohost Annie Finberg, Currie confirmed that he was serious, even though he knew he was about to get the same kind of backlash Irving got after his flat earth statements.

“We’d love for Mr. Curry to tour the lunar lab at our Johnson Space Center in Houston, perhaps the next time the Warriors are in town to play the Rockets. We have hundreds of pounds of moon rocks stored there, and the Apollo mission control. During his visit, he can see firsthand what we did 50 years ago, as well as what we’re doing now to go back to the moon in the coming years, but this time to stay.”

Allard Beutel, a NASA spokesman, sent that message to Curry which conveniently left out the fact that NASA erased the original recordings of the first humans landing on the moon 40 years ago (to reuse the tapes) and the ones we see are restored copies of the original broadcast – one of many things conspiracy theorists point to when denying the landing completely. 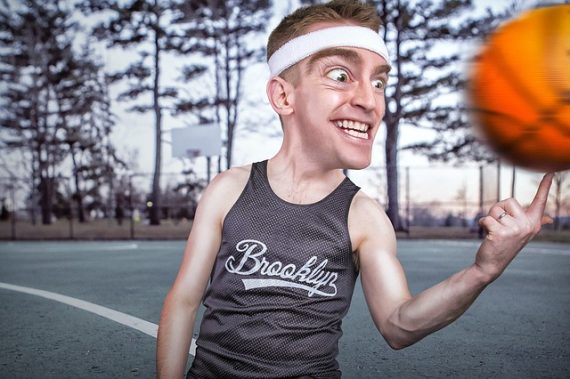 However, Curry and Irving aren’t the only strange dudes with strange theories to have played in the NBA. Marvin Barnes, who played for the Spirits of St. Louis in the ABA before moving on to many NBA teams, once refused to board a plane traveling east because its flight times showed it leaving at 7:52 a.m. and arriving at 7:49 a.m. local time, saying “I ain't getting in no time machine." Darryl Dawkins, a notorious backboard breaker nicknamed Chocolate Thunder, claimed he was an alien from the planet Lovetron where he practiced "interplanetary funkmanship" in the off-season and had an alien girlfriend named Juicy Lucy. And don’t forget Tony Lavelli, a player for the Celtics in the 1950s who had a stipulation in his contract that he would get paid an extra $125 a game to play his accordion at halftime because he thought the fans loved it. Now THERE'S someone who deserved a one-way trip to the moon.

Does the NBA attract an inordinate share of strange characters? It seems that way. Is it Cleveland's fault? Hardly. Is Steph Curry serious about his non-belief in the 1969 moon landing? Who knows? He’ll certainly be badgered about it from now until some other current or former NBA player says something even more strange. Paging Dennis Rodman!