A new ancestor of the human race has been discovered and she is unlike anything scientists have previously discovered. The skeletal remains, which have been named ‘Little Foot’, reveal that she was a female that lived on Earth 3.67 million years ago and scientists have named her species Australopithecus prometheus.

The elderly female, who was just over four feet tall, was said to have been a vegetarian. Studies show that although she did walk on two legs and she could have easily travelled for long distances, she still would have struggled to carry everyday items. Scientists also discovered that her left forearm was crippled which was more than likely a result of falling down as a child. In addition, she is said to have been a vegetarian that ate mostly plants which they found out by analyzing her skull. 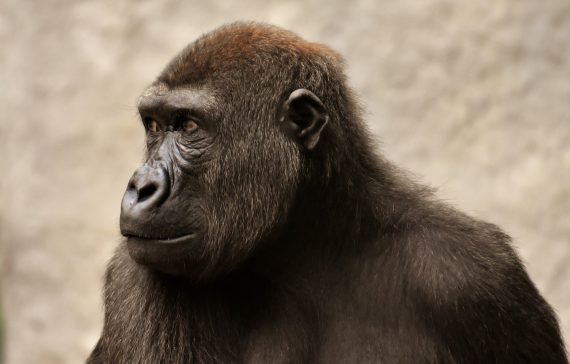 To see pictures of the ‘Little Foot’ skeleton, click here.

Little Foot lived in Africa around 3.67 million years ago, while another famous fossil named Lucy lived around the same time. Lucy is another early ancestor of humans called Australopithecus afarensis and lived on the same continent around 3.2 millions ago. Lucy was discovered in Hadar, Ethiopia and was only 3.5 feet tall. Both of these species had ape-like as well as human-like traits but each of them also had different features from one another.

Ronald Clarke, who is from the University of the Witwatersrand in Johannesburg, was asked to look through a bunch of bones that were found in Sterkfontein Cave in South Africa. Then in the year 1994, he discovered four foot bones that he thought were from a monkey, but upon further investigation, he noticed that they looked similar to the Australopithecus species. The foot bones were so small that his colleague, Phillip Tobias, named it ‘Little Foot’.

A few years later in 1997, Clarke and two of his colleagues discovered additional skeletal remains in the same cave. Since the bones were in the rock, it took them over a decade to dig them all out. It was a long process to say the least, as the bones were removed by using only an air scribe since the fossils were so old and fragile. But their work paid off, as they now have a nearly completed skeleton of ‘Little Foot’.