We hear about mysterious trumpet blasts, mysterious hums and other mysterious sounds all of the time. Perhaps you’ve heard them yourself. What we rarely hear is what the causes of any them are. Leave it to an intrepid New Jersey police chief who had heard enough from angry citizens in his jurisdiction to do some real investigative work and find the cause of the recent mysterious Jersey sounds. Is it a pilot for “Law & Order: Noise Victims Unit”?

"It was like a sickening pulsing heartbeat. We turned up our television, but could not overpower the throb. The thumping came straight through our front porch to the back of our home in the kitchen. It went on until the wee hours of the morning until around 3 a.m."

Monica Morris Lind, who lives on the New Jersey side of the Delaware River, told nj.com back in October about the strange sound keeping her and her neighbors up at night. At the time, Penns Grove, NJ, Police Chief John T. Stranahan Sr. was one of many police chiefs in New Jersey, Delaware and Pennsylvania who were getting reports of the loud and annoying sounds who sent officers on patrol and were unable to find the source. While they suspected a massive moving stereo system, possibly on a river barge, the sound would stop by the time they got to the possible origin point. Residents began questioning the police commitment and even suggested paranormal causes, but Chief Stranahan is a Jersey cop and Jersey cops don’t take “It’s aliens” for an answer. 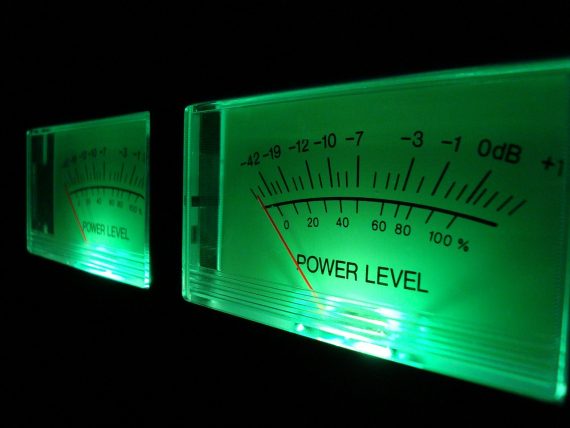 “On December 24, 2018, the Salem County Call Board received over 100 call concerning the phantom music. Calls were transferred to multiple agencies within the State of Delaware, as it was believed to be the origin of the music. Unfortunately, it appeared as though no action was taken by the respective agencies. For this reason, Chief John Stranahan took it upon himself to investigate.”

The Penns Grove police department Facebook page reported that Chief Stranahan had had enough – no one – human, alien or otherwise – was going to disrupt his precinct’s Christmas Eve. He jumped into his car and followed the sound over the river and through the woods to … Delaware! Stranahan entered the City of Wilmington and traveled down Seventh Street to a skatepark at the confluence of the Christiana River and Brandywine Creek where he found … aliens!

OK, they were alien to him because he’s from New Jersey. What he closely encountered was a big van with a massive set of speakers pointing across the Delaware River at his town. The four beings (apparently humans) near the van panicked when the saw the police car and took off in the van … but not before Chief Stranahan quickly took pictures and managed to get two numbers off of the license plate, which he dutifully turned over to the Wilmington Police Department. As loyal viewers of cop shows know, that’s more than enough evidence to find the perps, which Wilmington Police … didn’t.

That’s right. As of this writing, the boom-boomers are still on the loose. However, the long arm (and ear) of the law is closing in. they can run but they can’t hide … especially when they’re addicted to bass.