Politics have taken a turn for the surreal and bizarre in 2018. If humans really are being controlled by a malevolent race of reptilian overlords (we’re not), they’re surely trolling us by now. If we are merely 1’s and 0’s bouncing around inside a realistic computer simulation somewhere far in the future, well, maybe it's time to run a virus scan. Whatever the case may be, things are getting weird. Really weird.

One of many cases in point: in Nigeria, rumors have been circulating for months that president Muhammadu Buhari is an impostor. According to these conspiracy theories, the real Buhari died some time ago and has been replaced by a clone, doppelgänger, or a lookalike from Sudan. Could there be any truth behind these rumors?

Last year, the 76-year-old Buhari traveled to the United Kingdom on “medical leave” for several months after falling seriously ill. His specific illness or course of treatment were kept a secret from the public, hence the rumors. After his return, opponents and conspiracy theorists began circulating allegations that Buhari had been replaced, with the most popular theory being that the ‘real’ Buhari died and a Sudanese doppelgänger named Jubril took his place.

Aside from a few pictures alleging Buhari switched his dominant writing hand, no conclusive evidence for these claims has ever been presented, but that hasn’t stopped the theories from being circulated thousands of times over social media and YouTube. Good ol’ internet!

The doppelgänger theory grew so popular in Nigeria that Buhari was forced to address them at a recent conference. “It’s the real me, I assure you. I will soon celebrate my 76th birthday and I will still go strong.” Buhari added that the people spreading the rumors are “ignorant and irreligious” and are likely paid for by his opponents. Buhari is up for reelection in February. 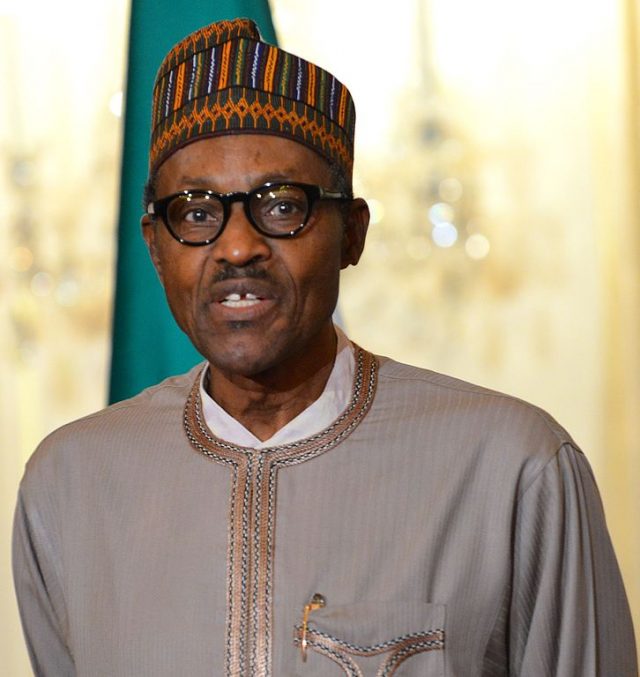 Is this merely an attempt to discredit a politician before an election, or might there be something to these claims? While it’s highly doubtful that Muhammadu Buhari has been replaced by a clone or doppelgänger, this incident just goes to highlight the dystopian extent to which social media and online echo chambers are eroding notions of truth. How deep down the rabbit hole will we go before the center cannot hold?