Here at Mysterious Universe, I have written a number of articles on a very strange phenomenon. And, what might that be? Well, I'll tell you: the phenomenon of people claiming to have seen nothing less than pterodactyls in modern times. Even weirder, many of those incidents have occurred in the U.K.! One such affair took place at the highly apt nickname of the Devil’s Punchbowl, on September 12, 1982. That was when a man named William Green came forward with an astonishing story of what he encountered at Shipley Glen woods. It was a large, grey colored creature, that flew in “haphazard” style and which possessed a pair of large, leathery-looking wings. The latter point is notable, since it effectively rules out a significantly sized feathery bird, and does indeed place matters into a pterodactyl category. Such cases abound in the U.K., as unlikely as it all sounds.

There are also longstanding reports of sightings of such creatures in Papua New Guinea. Locally, the beasts are known as Ropen. Unlike the huge pterodactyls of yesteryear, today’s Ropen appears to be a scaled-down equivalent of its ancient ancestor. Its wingspan is often described as being in the region of four to six feet, which is not large for a pterosaur, since some of them were immense creatures. That does not stop today’s alleged equivalents from being formidable predators, however. By all accounts the Ropen has a mouth filled with vicious-looking fangs, a tail that is reptilian in appearance, and is a beast that can fly at fantastic speeds.

Far less well-known than the cases coming out of the U.K. and Papua New Guinea, are those that have surfaced from deep in the Amazon rainforest. One of the strangest, yet intriguing, accounts of giant, winged monsters in our very midst came from a man named James Harrison, a resident of Liverpool, England. It was in February 1947 that Harrison, who, along with several fellow adventurers and explorers, was boating along a tributary of the Amazon and encountered something startling. It was a flock of five, huge, flying creatures, surfing the sky at an alarmingly low level. Due to the close proximity, Harrison and his colleagues were easily able to discern that the creatures had leathered skin, were brown in color, and had wingspans that exceeded twelve feet. The wings of the monsters were described as being “ribbed,” while their oddly flattened heads were attached to very long necks. In other words, they sounded very much like pterodactyls from a time long gone.

Creature-seeker Ken Gerhard has noted that some skeptics suggested that what Harrison and his team had really viewed were nothing stranger than storks! It’s a most unlikely possibility, and particularly so when one remembers that the entire group was able to see the animals close-up, rather than at a distance. Of pterosaurs in South America, Ken says: “Evidence of relict pterosaurs in South America can be found on the controversial carvings known as the Ica stones of Peru. A local physician named Dr. Javier Cabrera believes that the thousands of intricately carved stones may be ancient, though their true age cannot be scientifically validated. Some of the stones may, in fact, be fakes, generated by local artisans trying to capitalize on the tourists. The original stones were allegedly discovered by a farmer near the mysterious Nazca lines back in the 1960. Many of the carvings portray humans living alongside dinosaurs. A few stones in particular, display obvious renditions of men riding on the backs of living pterodactyls.” 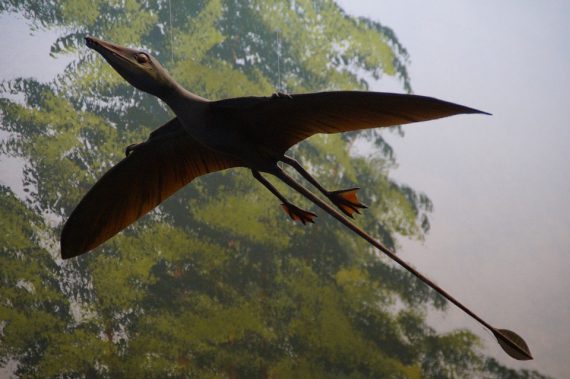 Beyond any shadow of doubt, that would have been an incredible sight to see! Ken, however, is absolutely correct on the matter of faking. We would be wise (extremely wise!) to avoid getting into the highly controversial matter of the stones and, instead, do what Ken has done. Namely, to focus on the eyewitness testimony from the likes of James Harrison. Maybe there really were (still are?) surviving pockets of pterodactyls in South America. But, let's all dismiss the stones as showing evidence of those possible survivors.