Reverse Cyborgs With Feelings Could be Granted Human Rights

Human rights? Always worth fighting for. Animal rights? We’re far too cruel to the creatures we share this planet with, but some limits are needed. Robot rights? The debate has just begun and it will be a long and confusing one, as evidenced by a new discussion led by a machine ethics researcher who believes that reverse cyborgs – robots that are given human parts such as brains – deserve at least partial human rights as well. How many human parts does it take for a robot to become a person? Which parts? What about the vice versa? Will the brave new world be a litigious one as well?

These questions are prompted by, as many discussions about future technology often are, sex. Specifically, the sex robots or sexbots that in 2018 became the center of attention in Vancouver, Canada and Houston, Texas, where an organization called KinkySdolls wanted to open (and was already taking appointments for) sex robot brothels like the one it operates in Toronto. These “dolls” – both female and male -- allegedly provide a realistic sexual experience and are said to contain the artificial intelligence needed to respond to cues and recognize both their client's needs and what would be considered abusive behavior of the dolls were human. How could these sexbots be made even more realistic? Why not add real human parts – possibly grown in a lab or even right on the cyborg itself? 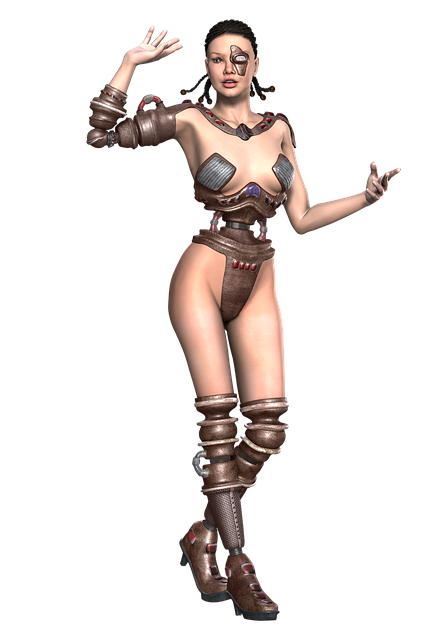 In an interesting discussion in, of all places, the Daily Star, Dr. Oliver Bendel, professor of information systems at the University of Applied Sciences and Arts and a consultant to the German Bundestag, says sex robots able to read “every wish from our eyes” will be among the most advanced androids within the next 20 years, but should only be considered as “electronic persons” with “moral rights” if they have can feel or suffer, if you have a consciousness or a will to live.” And then he describes the way that will happen.

“One could at best develop ‘reverse cyborgs’, i.e. let brain and nerve cells grow on technical structures or in a robot. Such reverse or inverted cyborgs might at some point feel something.”

And then? Computing philosopher and scientist at the Autonomous University of Barcelona, Dr. Jordi Vallverdú, joins the discussion.

“Under the current cultural western evolution, which has recognized rights to all kinds of men and women, it is feasible and normal to affirm that the robot’s rights will be someday into the agenda.”

“Feasible and normal.” Do you consider giving human rights to a robot feasible and normal? If you don’t, it may be too late to stop it. In early 2017, the European Parliament issued a report which suggested that self-learning robots could be granted "electronic personalities" status, which would in a sense make them “legal persons” in a manner similar to corporations. Many see this move not so much as a way to give protective human rights to robots but to relieve manufacturers from legal responsibility should the AI robot commit crimes or kill someone. However, “legal persons” have the right to make campaign contributions and could conceivably “buy” politicians who would give them the rights they want. Buying politicians – how much more human can they be?

Is everything now feasible and normal? Is anything? Are we?