And so it arrives: Jeremy Kenyon Lockyer Corbell’s much-anticipated feature documentary about one of the most controversial UFO stories ever told—a story that, along with the infamous Roswell Incident of 1947, has arguably done more than any other to shape the landscape of modern UFO mythology.

In November of 1989, a thirty-year-old scientist by the name of Robert Lazar was interviewed exclusively by the respected investigative reporter George Knapp for the Las Vegas-based KLAS TV station. The topic of the interview was Lazar’s alleged recent employment at a top secret facility in the Nevada desert called S-4, which was located close to another top secret facility called Area 51 (unknown to the public at the time). The story Lazar told was jaw-dropping, and he stands by it—word-for-word—to this day, despite continuous harassment by incredulous journalists, UFO buffs, and, apparently, various government agencies.

For those with an open mind (okay, a very open mind), it is perhaps easier to believe Lazar than one might imagine. He has always come across as absolutely sincere and has always resisted encouragement to embellish his original testimony. I am of the opinion that Lazar has never spoken untruthfully about his recollections of Area 51 and S-4. However, I have also never doubted that the story that he tells is untrue—which is to say that the circumstances and events of Lazar’s story were carefully orchestrated and staged for him specifically as part of a sophisticated and ongoing UFO perception management campaign, which likely has counterintelligence purposes far beyond the UFO subject.

As has been documented by George Knapp and others, there is good reason to believe that Lazar really did work at and/or near Area 51 for a short time in the late 1980s. But it appears he was cherry picked for his job based on his psychological profile and his spotty personal and business history. In other words, it was known and desired that he would blow the whistle when the time came, and that it would be easy to publicly discredit him after he did so, ensuring that his story would not be accepted by all, but by just enough to engrain it into a rapidly expanding subcultural belief system.

Lazar told Knapp how he had been recruited to work at S-4 for just a few weeks in 1988 and 1989. Everything was cloaked in secrecy and the atmosphere at the base was oppressive. Information was shared there strictly on a need-to-know basis and his every move was closely monitored by armed security personnel. He claimed that he was tasked with helping his employers at S-4 to understand the propulsion system of a highly advanced air/space vehicle, which was being stored in one of nine camouflaged hangars at the facility.

When Lazar first set eyes on the craft—which was classic saucer-shaped and which he later dubbed ‘the sport model’—he assumed it was man-made. He had not been a believer in flying saucers. As the days and weeks went by, however, Lazar came to the conclusion that the craft must have been extraterrestrial in origin. Its technology was far too advanced to have been of human design, and, furthermore, its seats were far too small to accommodate human adults. They were child-sized, he said.

While at S-4 on another occasion, Lazar was taken into an office and shown weighty briefing documents, which he was told to study. They described how aliens from Zeta Reticuli—the classic big-eyed Grays—had been interacting with humanity for at least 10,000 years. Literally everything Lazar read in the documents regarding human history, alien biology, and political events supported the disinformative narrative that had been actively sown into the UFO community since the early-1980s by US intelligence operatives in the form the fraudulent MJ-12 documents and by the highly questionable testimony of Mirage Men with names like “Falcon” and “Condor.” 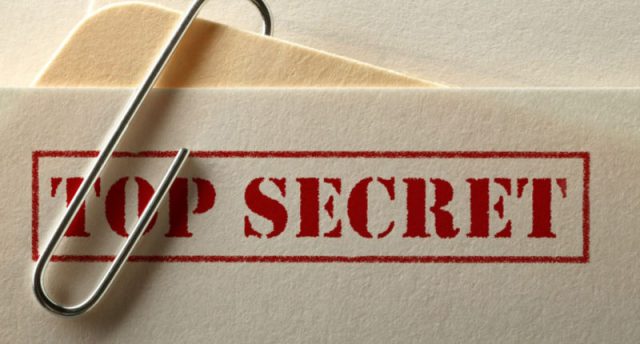 The question is: why was Lazar, who was supposedly employed strictly on a need-to-know basis as a physicist with one very specific technical task, given access to top secret documentation which had literally no bearing on that task? Perhaps the answer is that Lazar was being deliberately seeded with disinformation and was expected to later share it with the public.

The orchestrated nature of Lazar’s experience is also supported by one of his most bizarre recollections of his time at S-4, in which he set eyes on an alien entity working quite literally side-by-side with human scientists. At least, that is what he was meant to believe he saw. Lazar claims that, on the night in question, he was being escorted down a hallway by armed security personnel who had instructed him to keep his eyes forward at all times. With this instruction in mind, as they passed a doorway, naturally Lazar glanced to one side. His peripheral vision detected what he thought in that moment was one of the Gray aliens he had read about in the briefing documents. The small figure was stood between two men in lab coats. The three of them were looking at a computer console, and the “alien” had its back to the door. Lazar’s glimpse was so fleeting that no fine details were distinguishable. He was then pushed further along the corridor by one of the guards who instructed him once again to keep his eyes forward. Lazar himself has always been open to the possibility that this incident was staged specifically for him using a doll or a dummy and has speculated that someone may have been playing mind games with him.

Most of the events described above are featured in Corbell’s documentary in the form of archive news footage of Lazar and in on-camera testimony of the UFO icon as he appears today, working in his lab or at home with his wife. We also get some input from his friends, family, and colleagues, all of whom fully support his story. As the reporter who introduced Area 51 to the world, George Knapp features prominently in Corbell’s film, again both in the form of archive footage and speaking from his home in the present day or as a disembodied voice on Corbell’s speaker-phone. Hollywood legend Micky Rourke is billed as narrating the documentary, but his contributions amount to little more than sporadic, largely unintelligible mumblings about the nature of truth and the universe which threaten seriously to derail Corbell’s narrative whenever it finds time to settle into a groove—which isn’t very often.

From the get go, and throughout, Corbell’s film is mired by an intrusive and over-produced electronic soundbed of pulsating intensity. It’s almost relentless, and it serves only to distract from the story itself, which is more than sufficiently compelling to be presented without whistles and bells.

For those already well-read on the Lazar case, Bob Lazar will offer few surprises, but it is fascinating nonetheless to spend time with the man thirty years on from when he rocked the world. Corbell succeeds in showing us Lazar—the man and the legend—up close and personal, revealing, ironically, a pretty down-to-earth guy who has tried his best to get on with his life as a scientist and business man, as removed as possible from the maddening world of UFOlogy. For better or for worse, he has chosen to be a largely-silent spectator to the formation of his own myth.

The film does present some circumstantial corroborative evidence for Lazar's claims. One scene sees Corbell presenting Lazar with photographs he has acquired of the high-tech hand-scanners used at Area 51. Lazar had always maintained that these devices were used during his time at S-4, but when he described them in the late-1980s, they sounded like science-fiction. Apparently not. The look on Lazar's face as he examines the photos is one of obvious familiarity with what he's seeing, and his sense of vindication is palpable.

One of the most interesting and dramatic scenes see Lazar and his colleagues describing a disturbing raid on his home during the production of Corbell’s film by a parade of government agencies in search of… something (I will avoid spoilers here). On the face of it, these events add some support to the notion that Lazar is of considerable interest to the US national security apparatus—and all that that implies. Yet, frustratingly, Corbell makes little of this in his documentary. By the time the credits roll, this crucial scene is almost forgotten. 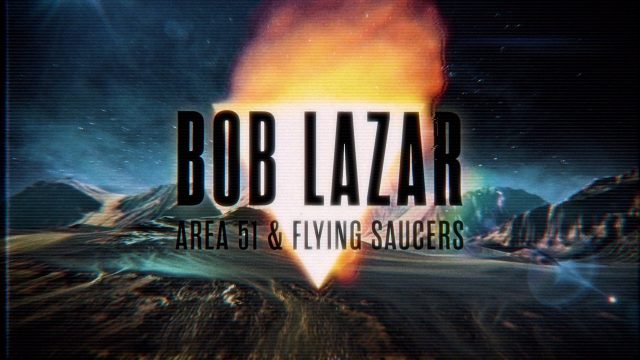 Bob Lazar: Area 51 & Flying Saucers makes for entertaining and thought-provoking viewing, but what’s missing is any real sense of the political and UFOlogical climate in which Lazar’s story originally came to light—we get the “what” but we don’t get the “why.” Given the recent revelations of the Pentagon concerning UFOs, which are tied in with the efforts of self-styled Disclosure hero Tom DeLonge, understanding the motivations behind UFO disinformation efforts is today more important than ever, but Corbell’s Lazar story is presented in a cultural and political vacuum, dampening its potential relevance and impact.

New Evidence Supports the Ark of the Covenant Being in Ethiopia