The best mysteries are always the biggest mysteries, and it doesn’t get much bigger than this one. Earlier this month, a strange, unexplained seismic event literally shook the planet, and scientists are still at a loss to explain what it was. The event was strong enough to be felt around the world and is unlike anything seismologists have previously detected.

That’s how Columbia University seismologist Göran Ekström described the anomaly - although he added that “it doesn't mean that, in the end, the cause of them is that exotic.” Yeah, yet. Until you have a definitive explanation, all explanations are possible, even if improbable. 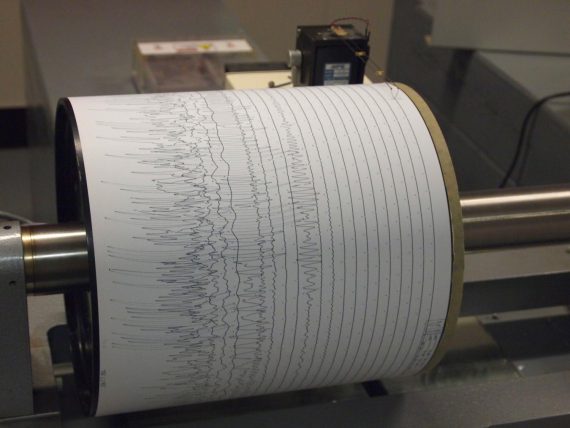 The epicenter of this mysterious seismic disturbance appears to be near the small archipelago of Mayotte in the Indian ocean between Madagascar and Mozambique. Scientists have been studying other abnormal seismic activity in that area in the form of hundreds of small, frequent cluster earthquakes, but this recent anomaly is unlike any others they’ve seen yet. The event consisted of a twenty-minute pulse of low-frequency seismic waves occurring around every 17 seconds, so low and slow that they would have been undetectable by humans.

So far, scientists believe the low-frequency wave could have been caused by a magma reservoir emptying somewhere underground near the epicenter, but that’s only a theory until more data can be gathered. If that’s the case, this event would be some type of hybrid tectonic and volcanic phenomenon - still pretty rare and unusual. "There are a lot things we don't know," says French Geological Survey research engineer Nicolas Taillefer. "It's something quite new in the signals on our stations."

Of course, it could have been something else. The old ones awakening from the slumber in their house at R'lyeh? Whatever gargantuan creature that caused The Bloop finally rising from the depths? Secret underwater nuclear weapon tests? Are any of those any more terrifying than unknown tectonic activity literally shaking the whole planet?

When the Big One hits, our planet will never be the same. For humans, anyway. The Bloop will inherit the Earth. All hail Bloop.

China is Making Plans for a Robotic Atlantis