Whew, I thought my experiences with psychedelics in college were bad, but the worst I ever did was cover my room in Post-It notes adorned with frantic scribbles and wake up naked the next afternoon in my closet. It turns out that Paleolithic people in Europe liked to party way harder than I ever did and left behind some strange art to prove it. The weirdest part? It turns out they might have gotten really, really high and chopped off their own fingers during some sort of unknown ritual ceremonies. Sure makes Burning Man look pretty tame, huh?

Archaeologists in Spain and France have for years been uncovering the stenciled hands of Stone Age people with hands that appear to be missing fingers. It’s probably pretty normal to lose a fingertip or two when you chop roots and nuts all day with stone hand axes, but the exceptionally high numbers of these hands with missing fingers seem to suggest the missing fingers might be deliberate. With that theory in mind, a team of archaeologists has just published a new study of these curious hands in which it’s claimed the fingers were likely amputated as part of group bonding rituals:

The scenario that best fits the rock art hand images is removal of finger segments during life in order to appeal for supernatural assistance. This has potentially interesting implications for social life in the Upper Palaeolithic because traumatic religious rituals have been found to foster strong interpersonal bonds among group members and hostility towards members of other groups.

These rituals, the authors write, were likely intended to "arouse intensive negative emotions through practices like collective possession, homicide, cannibalism, and the use of mind-altering substances.” Yikes. 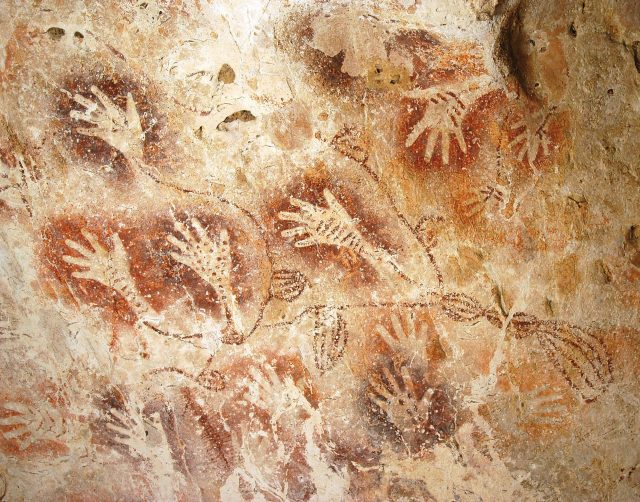 While ritually hacking fingers off may seem outlandish, there are plenty of modern-day analogues. Testosterone-fueled members of some fraternities or sports teams brand one another as part of initiation rituals, gang members sometimes beat new recruits wishing to prove their allegiance, and various forms of self-harm are an integral part of some religious practices around the world. Furthermore, plenty of individuals today voluntarily practice body modification or masochism as a means of identifying with subcultures or expressing themselves.

Ultimately, the more we learn about Stone Age people, the clearer it is that the more things change, the more things stay the same. What will future archaeologists think of today’s gauged piercings, cosmetic silicone injections, or even orthodontic braces?

UFO Studies to be Taught at Major University