Images captured from the JunoCam imager seem to show a dolphin-shaped cloud swimming across Jupiter. While seeing an image of a dolphin-shaped cloud is like seeing the face of Jesus in your toast, the phenomenon that’s called pareidolia where we perceive images in random patterns, is really quite fascinating and fun to look at.

NASA’s Juno spacecraft has been collecting data from our solar system’s largest planet since arriving there in July of 2016 and is expected stay operational until 2021. 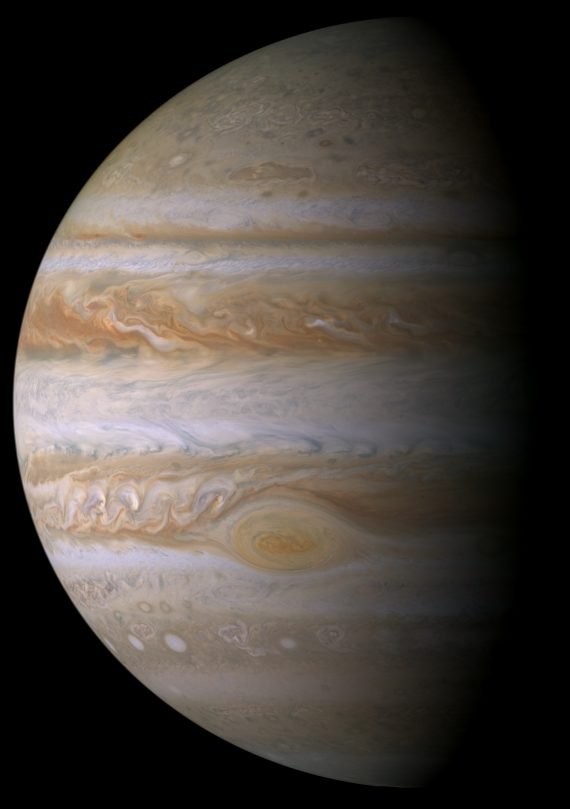 On October 29, 2018, the Juno spacecraft made its sixteenth close flyby of the giant gas planet. Citizen-scientists Brian Swift and Seán Doran created the images by using the data collected from an instrument on the spacecraft called the JunoCam imager. According to NASA’s photo description, the series of images that captured the dolphin-shaped cloud swimming along the planet’s South South Temperate Belt appeared between 2:26 p.m. and 2:46 p.m. PDT and were taken from a distance of approximately 11,400 miles to 31,700 miles above Jupiter’s atmosphere.

Click here to see a picture of this dolphin-shaped cloud.

Although NASA officially released the photo to the public on November 30th, Seán Doran beat them to it as he posted a photo of the oddly-shaped cloud on November 7th in a Twitter post. Since Juno arrived at Jupiter, Doran has been processing images with data collected from the spacecraft.

Another strange image captured two of Saturn’s moons in an odd position. Although it looks more like a snowman, the image was of Saturn’s moons called Dione and Rhea that was captured by the Cassini spacecraft that spent thirteen years orbiting the ringed planet before plunging into its atmosphere in September of 2017.

To see this unique picture of the moons, click here.

While the two moons look as though they were conjoined in the picture, Dione (which is the top moon in the picture) is in fact quite a bit smaller than Rhea. Dione has a diameter of 1,123 kilometers while Rhea has a diameter of 1,528 kilometers. Since Dione was closer to the spacecraft at the time that the picture was taken, they both appear nearly identical and as if they were touching or joined even though they are two separate moons. To elaborate, at the time that the picture was taken, Dione was approximately 1.1 million kilometers from Cassini, while Rhea was about 1.6 million kilometers away from the spacecraft. 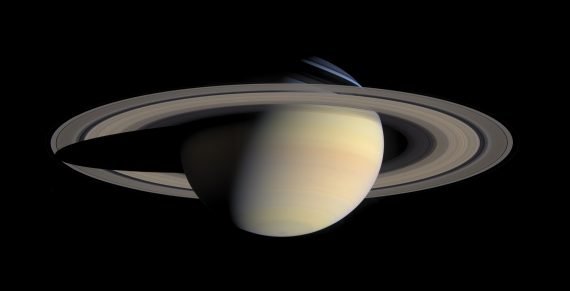 Another reason why the moons looked conjoined is because Dione has a large crater called Evander that’s located in the center of the South Polar Region (where Rhea appears to connect with it) which makes the picture even more convincing that they were joined.