“The Cured” – Reviewing A Zombie Movie

As someone who likes zombie-themed movies, I thought I would share with you today my thoughts on a 2017 production that I recently watched. Its title: The Cured. I have to say that I'm finding it harder and harder to find a really good new movie on the undead. But, The Cured is a very good movie and one that I definitely recommend. Directed and written by David Freyne and made by Bac Films, Tilted Pictures, and Savage Productions, it's one that zombie fans should check out. I'll begin by saying that this is not your average zombie saga. The zombies of The Cured are not of the Night of the Living Dead/The Walking Dead/ Dawn of the Dead type. They are not the dead risen from the grave. Rather, they are very much of the type in 28 Days Later (and its sequel, 28 Weeks Later), and the movie version of World War Z. In other words, the flesh-eaters of The Cured are still living, but infected with what is known as the Maze Virus - which transforms people into crazed, dangerous killers.

Unlike so many movies and TV shows on zombies, which begin with the outbreak of the zombie virus, and the attempts of the authorities to end it, The Cured places matters in a very different situation. The story begins after the outbreak has been controlled (albeit certainly not wiped out). Set in Ireland, we see society in what pretty much amounts to martial law, with the military working and struggling to keep matters under some degree of control. In the aftermath of the devastation that has overrun not just Ireland, but most of Europe too, life is not just grim: it's beyond grim. 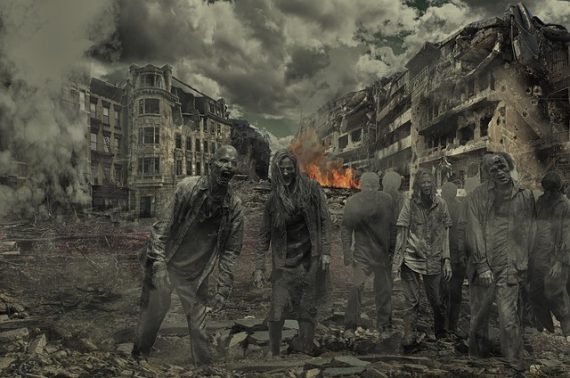 As the story develops we learn that in the chaotic world that now exists, there are three categories of people. There are the ones who were never infected and - aside from the significant psychological damage done to many as a result of the horrific events that took place - are just as they were before the outbreak. Then there are "the Cured" of the movie's title. They are the people who were infected, and who went on violent killing sprees, but who were finally returned to their original states, when the authorities successfully managed to find a cure. The third category are "the Resistant." They are the large numbers of people who are still infected, due to the fact that they are completely resistant to the vaccine. Rather than kill the Resistant, the government decides to have them isolated from the rest of the population of Ireland - in the hope that one day the resistant will be cured too. Things don't end there, though.

Although the Cured are successfully transformed back to their human states, they retain the terrible memories of the slaughtering they undertook while in their zombie-like forms. On top of that, the general public who are not infected are deeply suspicious of the Cured, which is hardly surprising. Are they really, totally cured? Could they return to their deranged states? Are they a threat to society? As for the Resistant, the biggest fear is that if they escape from the facilities in which they are held, the near-apocalyptic nightmare just might return. Which almost happens. That's right: we see the Resistant yet again roaming the streets. But, you probably guessed that, right? 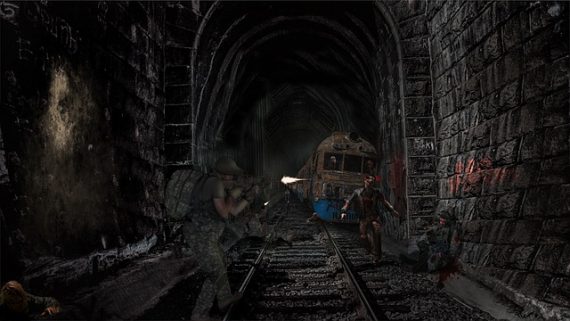 I should note that although The Cured is a very good, skillfully-crafted movie which turns the average zombie movie on its head, it is in some ways similar to an excellent 2013-2014 BBC series called In the Flesh. The BBC's series also begins when the zombie outbreak has been confined and attempts are being made to bring society back to some degree of normality. The now-cured "partially deceased" (as the U.K. Government calls the-dead-who-aren't-exactly-dead) are viewed with great fear and suspicion. And, of course, things definitely go awry. You can find my review of In the Flesh at this link.

So, with that all said, I'll close by saying that The Cured is a very good, solid, creepy production. It is thought-provoking and refreshingly unlike most movies on infected, marauding monsters. Definitely worth watching!