The Mysterious Case of the Phantom Killer

Mysterious crimes seem to be a dime a dozen, but some are more sinister than others, with a dark shadow of dread hanging over them. In some of the worst we have a nefarious agent of doom that has managed to kill and kill again, only to vanish into history and mystery. One of the most famous of these is a case that involves a strange masked intruder, who went on a killing spree to leave a town completely paralyzed by fear, and who has never been caught. This is the tale of the Phantom Killer.

The setting for what would become one of the most terrifying unsolved serial killer murder sprees in U.S. history is the rugged, dusty small town of Texarkana, sitting right on the border between the states of Texas and Arkansas. It is normally a quiet and peaceful place of small town life, where everyone knows each other and to which violent crime was once mostly a stranger. Yet on February 22, 1946, this would all change. On that evening, two young lovebirds, Jimmy Hollis, 25, and Mary Jeanne Larey, 19, went into town to catch a movie, and from there they found their way to a popular lover’s lane nearby on the outskirts of town. It would have been a romantic spot to get to know each other better, but the mood was about to be utterly ruined in the absolute worst way possible.

Just 10 minutes after arriving, the bright beam of a flashlight rudely interrupted the date, and from the glare bloomed forth the haunting visage of a figure wearing a white cloth over the head with holes cut out for eyes. It was a startling and scary sight to see looming right outside the thin car window, but it would get even more frightening still when they were ordered to get out of the car by a gruff male voice emanating from behind the mask. The stranger promised that he didn’t want to kill them, and he didn’t, instead pistol whipping and stomping Hollis into unconsciousness and then chasing Larey, who he beat and sexually assaulted with the barrel of his gun. She escaped with her life and was eventually able to run to safety and get help. Hollis had suffered multiple fractures to his skull and both were quite unsettled and shaken up, but they would ultimately live, and mark the first of a reign of terror that would coldly grip the town. 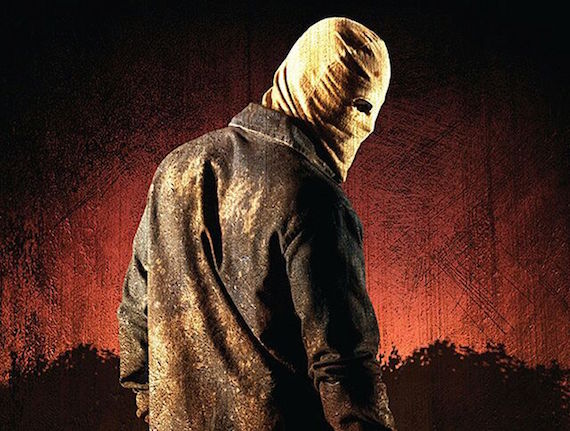 From the beginning there were already some obstacles for police in trying to figure out who the attacked had been, as Hollis and Larey gave somewhat conflicting reports, with one of them saying that it had been a black man under the mask and the other saying he had been white. Police wouldn’t be able to get far in the investigation before they were rocked by yet another violent crime, this time graduating to full on murder. On March 24, 1946, just about a month after this initial attack, 29-year-old Richard L. Griffin and 17-year-old Polly Ann Moore were found dead in their car at another known lover’s lane called Rich Road. Both had been shot in the back of the head, execution style, and Griffin’s pockets were found to be inside out, suggesting a possible robbery. Oddly, there was patch of mud and blood directly behind the vehicle, which suggested that someone had shot them outside and then gone through the effort to drag them into the car to leave them there.

The very next month terror struck again, when on April 13 the bodies of couple Paul Martin, 16, and Betty Jo Booker, 15, were found along a place called North Park Road. Martin had been shot four times and Booker, who was found lying around 2 miles away half hidden behind a tree, had been shot twice, with the weapon determined to be the same one that had been used in the killing of Hollis and Larey, a .32 automatic Colt pistol. Both bodies had been found several miles away from the vehicle they had come in, Martin’s car, which was discovered parked outside Spring Lake Park with keys still in the ignition. Both of the bodies showed signs of a fierce struggle, but there were no clues as to who their assailant had been.

Considering that the same weapon had been used in both double murders, the authorities now knew that they had a killer out there prowling the roads at night, and they suspected that it was the same shadowy deviant who had attacked Hollis and Larey. A massive manhunt and investigation was launched, involving several law enforcement agencies, but there was little to go on, and every tip and lead seemed to lead to a dead end. In the meantime, the media had a field day with it all, calling the crimes “The Texarkana Moonlight Murders” and the killer dubbed the “Phantom Killer,” which all sent the town into a panic and the mystery predator wasn’t even done yet. 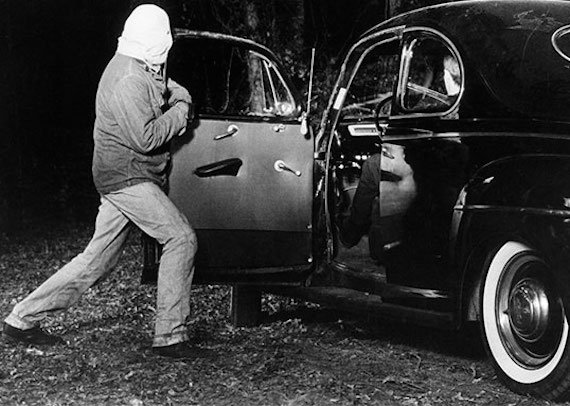 On May 3, 1946, a 37-year-old Virgil Starks was sitting in the comfort of his own home just northeast of Texarkana when two shots were fired into the back of his head from a nearby window. His wife, Katie Starks, had been in the bedroom at the time and when she ran out to see what was going on she too was shot, once in the cheek and once in the jaw. These wounds would shatter her face, but amazingly she would live, escaping the intruder by running across the street to a neighbor’s house, spitting out blood and teeth from her ruined jaw the whole way. She would later say that she had not heard the initial gunshots, but rather had only heard breaking glass, and that the intruder has furiously tried to get into the home.

By now the town of Texarkana was in full panic mode, with people afraid to leave their homes at night and groups of armed men patrolling the streets on the hunt for the mysterious Phantom Killer, all made worse by the relentless media playing it all up and warning that the lurking murderer could strike at any time. Many houses went so far as to board up their windows and bolt their doors, in this town that had once been so safe that no one had even bothered to lock them. After hours Texarkana became a ghost town, with everyone cowering within their barricaded homes, and there was a ban on liquor sales in later hours put into effect. One newspaper called the Two States Press summed up the general atmosphere nicely, saying:

Texarkana people are jittery, plain frightened--and with reason. Within a period of six weeks, five people have been murdered in cold blood and a sixth seriously wounded, escaping death by a seeming miracle. The question in the minds of most of the citizens is, when, where and how soon will another tragedy shock the community, and who will be the victim or victims since two deaths seem to be the design of the killer? 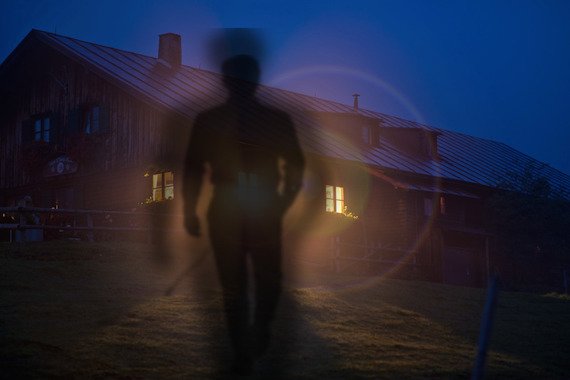 Residents were jittery and afraid, with the most minor things such as the sound of wind or a cat rummaging through trash being called in as the “Phantom Killer.” Also common were sightings of “white-faced things” prowling about in the night, and it was basically mass hysteria, quite dangerous as people were so trigger happy they were blasting away at the slightest thing that went bump in the night. While all of this was going on the police scrambled for clues and answers, setting up roadblocks, offering hefty rewards for information, and tirelessly following every lead that came in, but there was nothing solid to go on, and many, many fake tips and leads. No one even knew what he looked like, as the only two people to have seen him and lived to tell the tale said he was wearing a white mask, and even then their stories didn’t coincide. There was also not even really any clear motive for it all, but police started connecting it to other cold case murders such as the 1948 killing of 21-year-old Virginia Carpenter.

In the void of any evidence or suspect the speculation and theories flew about unfettered. Most people saw this as a case of some sort of sex maniac, out hunting down couples on lover’s lanes for his own twisted amusement. Others thought it was out of some type of twisted revenge fantasy or just out of morbid spite for lovebirds. Police were at the same time hard at work questioning potential suspects, and they would indeed interrogate over 400 people over the course of the investigation, none of whom were charged with the killings, and things were made murkier by a plethora of false confessions. 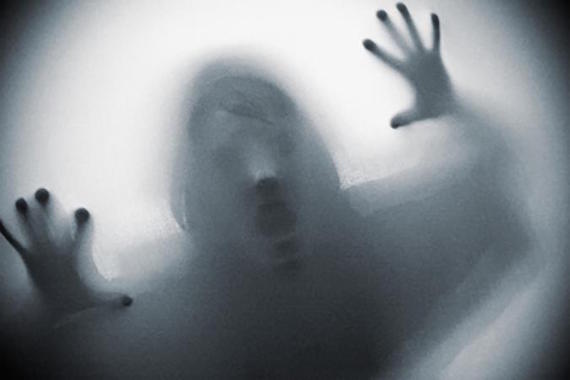 Over the years the list of potential suspects has included quite a colorful cast of characters. There was a University of Arkansas freshman named Henry Booker "Doodie" Tennison, who killed himself in 1948 and left behind a handwritten note confessing to the two double murders, but there is absolutely no evidence to actually tie him to the crimes and this is most likely the ramblings of a troubled mind. There was also a taxi driver, an escaped German prisoner of war, and a war veteran named Ralph B. Baumann, who believed that he may have committed the murders while in a coma, as well as many others. One of the most promising suspects has been considered to be a man named Youell Swinney, who in 1947 was arrested for stealing cars. The main reason why he was originally approached as possibly being a person of interest is that his wife, also a car thief, said that her husband was the Phantom Killer at the time of his arrest, and gave some intriguing details to prove it, bolstered by the fact that the murders stopped as soon as her her husband was arrested. The problem would be that by law she was not allowed to testify against her husband and she was considered an unreliable witness anyway. There was also the fact that she would later recant her confession, and Swinney was never arrested or charged with the murders, instead imprisoned on car theft charges and dying behind bars in 1994, taking any secrets he had to the grave with him.

Whoever was behind it stopped after those last killings, and as months passed with no further murders the town slowly relaxed and crept back to some semblance of normality, but they would never really forget, and the crime has never been solved. In the years since the “Texas Moonlight Murders,” the case has grown to be accepted as one of the most baffling unsolved murder sprees in Texas and Arkansas history. The case has gone on to become the inspiration for various books and a 1976 film called “The Town That Dreaded Sundown,” and is thought to be the origin of several urban legends such as the “Hookman” who prowls lover’s lanes. The case is still picked apart and debated to this day, but the fact remains that no one knows who the masked mystery man was, why he killed, or why he stopped. The Phantom Killer of Texarkana has become almost legendary, and we are no closer to solving the mystery as we were when his hooded visage first popped into that car window decades ago.