The Pagan Revival: A Return to Pre-Christian Thought in the West?

Often in contemporary culture, the question of whether we are living in a post-religious society is raised. Similar questions along these lines ask whether traditional religious ideas that once manifested in Christianity, Judaism, and other world religions are being replaced by a gradual shift toward secularism (as influenced by technology, education, and other factors).

Others have argued that it isn't secularism, per se, that we're moving toward as a society. John Stonestreet, host of the evangelical radio program The Point recently suggested that what he perceives as being a sort of "occult" revival might be underway, due in part to the sheer availability of different spiritual belief systems which are essentially made accessible to us buffet-style:

“The occult is becoming mainstream in this country. At least part of the reason why is how easy, user-friendly, and infinitely customizable the chaotic buffet of beliefs borrowed from Eastern pantheistic faiths and pre-Christian religions is these days. There’s no church or creed or set of rules. You can pick and choose whatever you like. It’s spirituality meets consumerism. And you are the god.”

“Is it just pop culture or is it the Prince of Darkness?” Stonestreet asks. “My guess: it’s both.”

There may be simpler reasons for this presumed resurgence in occult interest, which don’t involve wicked workings by the unseen hand of Satan (or any other age-old human personification of evil... take your pick). Western society has appeared to be taking a turn for the secular for some time now; it is a phenomenon of which plenty has already been written (see here and here as examples), and one which many have considered in terms of the role religious organizations will play in a "post-secular" society (see here).

People who once might have relied on the kind of structure that Christianity and other religions provide have seen both a "relaxation" of ideas about belief, as well as a renewed desire for uncovering pathways to deeper meaning in life. In other words, modern society may have less need for religious beliefs, but that doesn’t mean that humans have outgrown the fundamental sense of need we have for knowing that there is “something more” out there… whatever that might be from one individual to another.

There is also a compelling case to be made that rather than a rise in "occult" interest, per se, we’re actually beginning to see a resurgence in interest in paganism… or more likely, a return to a pagan undercurrent that has remained despite the dominance of other world religions over the last several centuries.

In a recent New York Times op-ed, Ross Douthat talked about what he calls “The Return of Paganism” going on in America right now. He cites University of San Diego law professor Steven D. Smith’s recent book, Pagans and Christians in the City: Culture Wars From the Tiber to the Potomac, in which the author argues that “the march of secularism is something of an illusion,” as Douthat notes, and that “behind the scenes what’s actually happening in the modern culture war is the return of a pagan religious conception, which was half-buried (though never fully so) by the rise of Christianity.”

“What is that conception? Simply this: that divinity is fundamentally inside the world rather than outside it, that God or the gods or Being are ultimately part of nature rather than an external creator, and that meaning and morality and metaphysical experience are to be sought in a fuller communion with the immanent world rather than a leap toward the transcendent.” 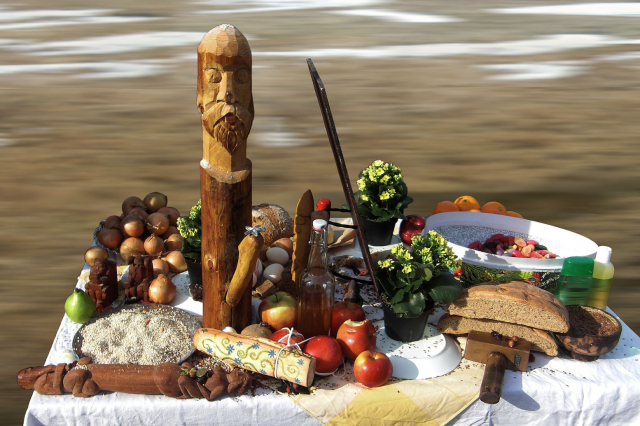 It’s an interesting concept, and one which borrows from pantheistic ideas going all the way back to Spinoza; in this latest iteration, it is also one that appears to be emerging in a variety of areas in Western life. Author Richard Rudgley discusses similar themes in his book The Return of Odin: The Modern Renaissance of Pagan Imagination, where he looks at this notion of a pagan revival primarily through the workings of Carl Jung’s idea of an “Odinic archetype.” In essence, the holdovers from ancient evolutionary ideas deep within the human mind (or “ancient blueprints in the modern mind,” as Rudgley eloquently expresses it throughout his book) are at work in the modern world, as they have been since time immemorial:

“For modern man Odin may be “all in the mind” but we cannot spirit him away through reason, for he embodies the irrational side of the Western psyche. We do not need to believe in gods or supernatural entities that have an existence external to the minds and perceptions of human beings. The contemporary relevance of these gods is that they are archetypes and behavioral models and not simply objects of worship. As such they still exert a powerful influence over our imaginations; they are the ancient blueprints in the modern mind.”

Looking at a recent pagan revival more as being the result of “behavioral models,” as Rudgley calls them, rather than adherence to specific gods or deities helps to explain why the perception of a pagan “revival” or resurgence may be occurring. Perhaps our connection to the spiritual is not so much a process of adopting an external religious idea, as it is the recognition of a deeper part of ourselves; it is something humans feel a yearning for, and also something which comes from within us.

Hence, it is not so much that a new god or religion is emerging to replace Christianity, or any other world religions, for that matter. Rather, the all-too-human need for “something more” gives rise to patterns of thought and behavior that exist collectively, and almost subliminally, across cultural landscapes over time.

The Werewolf That Wasn’t 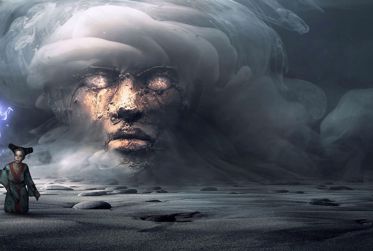