The Sinister Case of the Vampire Clan Murders

Is there a place within us where fantasy and reality merge into one, and from which we can burst forth into the world fully capable of whatever malevolent intent this might entail? Can we believe so strongly in the world of the occult that we are imbued with paranormal forces that twist us into the very monsters that most people fear and see as the figment of fiction? There have been many murders with ties to such individuals, and one of the creepier of these is that of a cult of bloodthirsty self-proclaimed vampires, who cut a swath of terror that still resonates to this day.

The sinister saga begins in the 1990s at the town of Eustis, Florida, where there lived a troubled boy named Rod Ferrell. A loner and an outcast at school, Rod was a typical goth kid, wearing all black, his hair long, and usually clad in an ominous black trench-coat, but his odd veneer hid beneath it a simmering, swirling darkness as well. By all accounts from a young age he had been absolutely obsessed with death, as well as horror movies, the occult, Satanic imagery, and demons, and he came to be convinced that he was in fact a 500 year old vampire by the name of Vesago. He would say of his fascination with all of this:

My bedroom was an array of the darker side of the occult, such as the Necronomicon, the Satanic Bible. I had upside down crosses. I had broken shards of glass laying about in the corner. I had hooks and metal cables wrapped around looking like Hellraiser. I tried to embrace the lifestyle of being a vampire and being so young, my mind latched onto it so deeply, so tenaciously, that I got lost inside it. 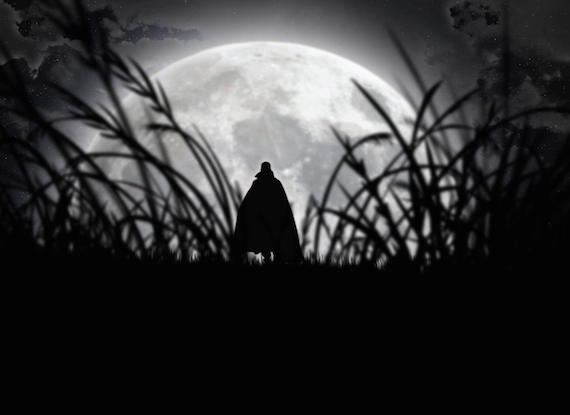 Rod was also from a young age an unrepentant drug user, using marijuana, LSD, and cocaine and heroin while still in his early teens, which would end up getting him expelled from school in the 9th grade. This coupled with his explosive mood swings and often violent tantrums were among the reasons why his family would up and move off to the town of Murray, Kentucky, but this would far from make things any better.

In Kentucky, Rod fully embraced a lifestyle of drugs, the occult, and Satanism, and began gathering to himself an eclectic group of individuals, which would get together and perform mysterious arcane rituals and talk about vampires and demons. Indeed, Rod and one of the group, a boy named Howard Scott Anderson, were arrested for cruelty to animals after attacking dogs at an animal shelter and leaving several of them severely injured. They also took to gathering at an abandoned and supposedly haunted building which would come to be known as the Vampire Hotel, and there they would all engage in occult rituals such as killing small animals and drinking each other’s blood, calling themselves the Vampire Clan. Indeed, whenever a new member arrived Rod would cut his arm open and force them to drink his blood as a sort of initiation, as well as burn a small “V” into their arm, but despite this macabre aspect the group grew to include around 30 members, with most of them seeming to have really believed that they were vampires.

Things took a turn for the even more sinister when one of Rod’s childhood friends, a girl named Heather Wendorf, began to express interest in running away from home to join the Vampire Clan. Rod of course openly encouraged this, and even got together some of his clan to drive to Florida to go pick her up and bring her back to Kentucky. He gathered up his right hand man, Howard Scott Anderson, and two other girls from his group named Charity Keesee and Dana Cooper, and they all hit the road, a bunch of Satan worshiping vampires flying through the night with dark thoughts in their minds, although it is uncertain if any of them knew of the tragic and horrific turn of events it would all take. 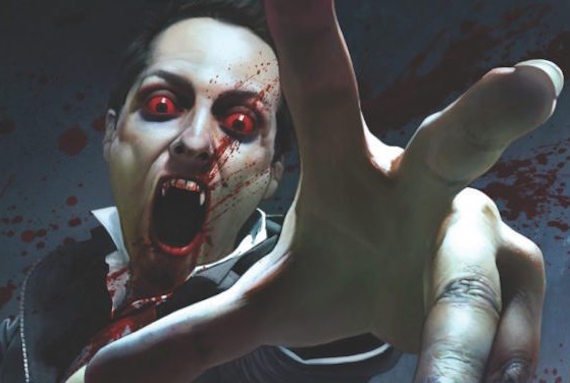 On the cold evening of November 26, 1996, Rod arrived at the home of Heather’s parents, Naomi Ruth Queen and Richard Wendorf, and upon entering the home through the unlocked garage Rod was quick to grab a crowbar just in case things went south. As they made their way through the house, Rod caught a glimpse of Mr. Wendorf asleep on the sofa and was overcome by a powerful, uncontrollable compulsion that he had to die. To this end, he took that crowbar and brought it down several times upon the sleeping man’s skull, killing him. Moments later, Ruth Wendorf would wander into the living room after just having taken a shower, and before she even had time to scream at the sight of seeing her husband’s lifeless form sprawled over the couch the crowbar lashed out to her as well, crushing her skull and killing her too. Rod would later chillingly state:

I really have no idea where the notion came from, but Scott and I just decided to kill them. So that’s what we did. In a childish manner, Scott and I ambitiously danced around his body before he was dead. I was in a maelstrom of my own madness.

The group went off into the night once again, stealing a shotgun on their way out, their next stop on their road to Hell being Baton Rouge, Louisiana, on their way to New Orleans. It was at Baton Rouge that the Vampire Clan members would be captured by police, after being tricked by Charity’s parents when she called asking for money. Throughout it all Rod Ferrell was totally unrepentant, freely admitting to the killings and even bragging about them, as well as warning the authorities that he was a powerful vampire with vast powers.

The trial would become a media circus at the time, the allure of this band of occult, Satanic miscreants and their vampire ways proving to be irresistible. At the trial, Rod would take full responsibility for the murders, saying that it was he and Scott who had been behind it all, and that Charity and Dana had not even been in the house at the time. He also claimed that they had never meant to kill Ruth Wendorf, but that they had had no choice when she had thrown hot coffee at them. During the proceedings even Heather Wendorf was implicated in the murders of her own parents, but would be cleared when it was found she had not had the slightest idea that her clan had planned to kill them. In the end, Rod Ferrell was sentenced to death, at a mere 16 years old becoming the youngest person in U.S. history to get the death sentence, but this would later be commuted to life in prison. Charity and Dana were sentenced to prison time for third-degree murder, and Anderson was sentenced to life, which for a vampire would be a pretty long time.

The horrific crime and the bizarre circumstances surrounding it have since been made into a 2002 horror movie called Vampire Clan, and it has remained a rather strange act of violence with a colorful cast of characters. Was this all just the doing of a bunch of disillusioned teenagers who had watched too many horror films and played too many games? Did they even believe this stuff about Satanism and vampires? Or was it indicative of something more sinister lurking deep down in their souls from the beginning? Whatever the case may be it is a fascinating and rather sobering look upon the world of people who become untethered from reality and become what they want to be, perhaps what we have always feared.

Chinese Alchemists Successfully Turn Copper into a Form of Gold