The Werewolf That Wasn’t

Clinical Lycanthropy is a strange, and not fully understood, phenomena that makes a person believe they have the ability to change into wild animals – whether by choice or as a result of circumstances wholly out of their control. Lycanthropes report mutating into all manner of animals, including tigers, jaguars, eagles, foxes, hyenas, and cats. And, of course, wolves. A perfect example of how this particular condition can radically affect the mind of person – never mind those who cross the paths with lycanthropes – is the deeply disturbing saga of a man named Peter Stubbe. It is a story told in “Trials: The Damnable Life and Death of Peter Stubbe, 1589-90.” It was in the latter part of the 16th century that Stubbe went on veritable rampage of mutilation, cannibalism, and murder in and around the German towns of Bedburg and Cperadt. The story, however, goes back to Stubbe’s childhood. At the age of just eleven, Stubbe’s grandmother – who had a reputation as someone who was deeply learned in what are generally known as the black arts – introduced him to a world that most people never get to see. Or, even want to see.

While the fact that Stubbe was an absolute textbook case of clinical lycanthropy, there’s very little doubt that his crone-like grandmother certainly helped worsen his deranged state of mind – although whether she did so deliberately, or out of ignorance, we’ll likely never know for sure. For around a decade, young Stubbe was exposed to the worlds of sorcery, necromancy, sacrificial rites, and altered states of mind. What were described as “infernal fiends” were conjured up from wretched realms by Stubbe, who finally gave himself – body, mind and soul – to none other than Satan, himself (allegedly...). Of course, such Faustian pacts rarely, if ever, work out in a positive fashion for the person trying to do a deal with the head honcho of Hell itself. And, certainly, Stubbe was no different. 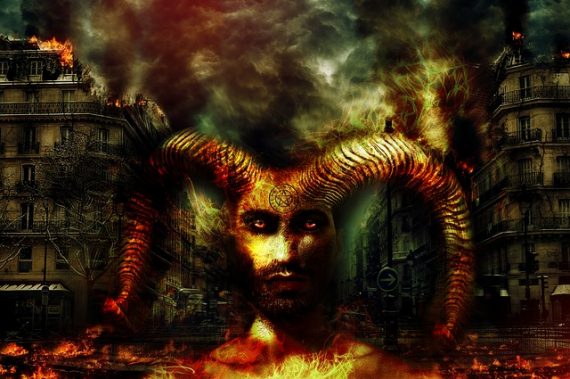 It was when Stubbe found himself in the grip of Satan – or, far more likely, in the throes of mental illness  – that local mayhem in the vicinity of Cperadt and Bedburg erupted in terrifying, murderous fashion. So the story went, Satan thundered to Stubbe that whatever he desired – money, women, or power; the list went on and on – he could have. Stubbe replied that he didn’t want any of those things. All he wanted was to kill, to maim, and to devour. His targets: people. It’s hardly surprising that Satan was more than happy with the warped mindset of his latest lackey. In 1590, George Boren penned a study of Stubbe and his ways. Its title was “The Damnable Life and Death of Stubbe Peeter [sic].” Boren said that Satan saw Stubbe as “a fit instrument to perform mischief as a wicked fiend pleased with the desire of wrong and destruction.” The story involved another instrument too, namely a supernatural girdle that Satan ordered Stubbe to tie around his waist – which he did, eager to please the master of the underworld. In no time at all, Stubbe began to change – and not in a good way. At least, not from our perspective, and definitely not for his unfortunate victims.

No sooner had Stubbe placed the girdle around his middle when he suddenly started to change – in both body and mind, so the unlikely legend goes, anyway His body grew a thick coat of fur. His hands turned into huge paws, equipped with sharp, lethal talons. His face changed, to the point where his jaw took on the form of a wolf-like muzzle. His mouth grew wide and his teeth became definitive fangs. As for his psychological state, Stubbe’s mind became less than that of a man, and far more than of an animal, one driven by nothing more than basic instinct and a savage urge to slaughter. And slaughter he did, to a huge degree.

No-one – young or old – was safe in the Caperadt-Bedburg area. As Stubbe entered his twenties, numerous reports surfaced of bodies found in the surrounding forests and fields – all with their throats savagely torn out, many disemboweled, and most missing significant amounts of blood. For a while, the identity of the killer remained unknown. As for Stubbe, he was under absolutely no-one’s suspicion. Indeed, in his human form, Stubbe would brazenly stroll through the local hamlets, bidding people a good day, tipping his hat, and playing with the local children. Little did the townsfolk know it, but many of those same people were to become Stubbe’s victims in the days, weeks, and months ahead. Even years. Men he slaughtered. Children he devoured. And women he raped and then killed. Unfortunately for his targets, they had little chance of escaping his clutches. Or of escaping death, either. His wolfish state allowed him to run at incredible speeds, effectively ensuring that no-one could outpace him. Indeed, Stubbe’s actions were likened to those of a sheepdog herding sheep in the field. The big difference, however, being that Stubbe had murder on his mind – and constantly too. It was a sinister state of affairs that lasted for around a quarter of a century. 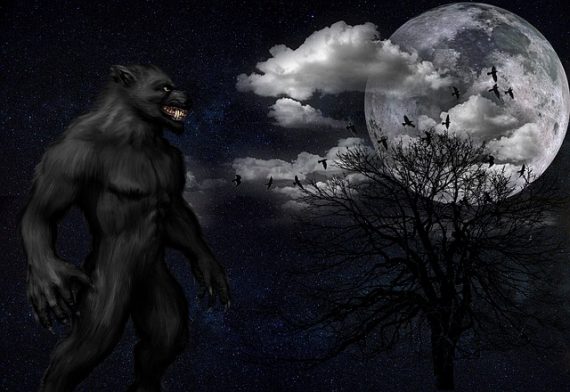 Like most deranged serial-killers, however, Stubbe finally made a series of mistakes during the course of his killings, something which led him to being identified as the crazed murderer that he was. Such as being seen when he removed the girdle and immediately returned to his far less fearsome-looking regular form of Peter Stubbe. The local constabulary quickly brought swift justice to the table. He was given two choices: confess to everything immediately or suffer severe torture until he final caved in. Like so many serial-killers, Stubbe could dish out death and mayhem, but he was from good at receiving it. So, he coughed up immediately, hoping for mercy. No chance of that. Mercy, there was none. As an example of his character, Stubbe gave up both his daughter and one Katherine Trompkin as conspirators in helping him to hide his tracks.

The result was grim: Stubbe’s daughter and Trompkin were tied to stakes and burned alive. Stubbe was strapped to a large, wooden wheel, and large metal pincers were used to tear the skin off his bones. A wooden hammer was used to break both his legs and his arms. And, for good measure, he was decapitated and his body turned to smoldering ashes. For the people of the area, there was no doubt that Peter Stubbe was someone who, while in league with Satan, achieved the ability to transform himself into a werewolf, and commit murder on a shocking, decades-long scale. Today, we can justifiably say that it was literally a case of being all in the mind.