UFO Studies to be Taught at Major University

Duke University in North Carolina is known for its excellent academic programs, high number of Rhodes Scholar graduates and outstanding basketball teams. All of that pales in comparison to the recent announcement that Duke will now host a course (through its Osher Institute for Lifelong Learning at Duke (OLLI)), in UFOs taught by a religious studies professor who is also a well-known UFO researcher. Is that enough to convince your parents not to cut off your tuition money when they find out you’ve changed majors to UFOlogy?

“It’s not the first time I’ve taught a course on UFOs. In the spring semester of 1996, when I was a professor in UNC-Chapel Hill’s Department of Religious Studies, I gave a seminar called “Special Topics in Mysticism: Heavenly Ascensions and UFO Abductions.” One of my colleagues indulgently labeled it “a funny course.” He didn’t understand. Whatever UFOs are, they aren’t funny.”

David J. Halperin, Professor Emeritus of Religious Studies at the University of North Carolina at Chapel Hill, offers this bit of his own history on his website as an introduction and an aid for students wondering of a course entitled “UFOs – Encounter, Mystery, Myth” is a good elective. Professor Halperin is no slouch in either of his fields. After receiving his Ph.D. from Berkeley he taught Judaic studies in UNC’s Department of Religious Studies and had a special interest in religious traditions of heavenly ascensions and otherworldly journeys, resulting in five books on Jewish mysticism and messianism. He’s also the author of a novel, “Journal of a UFO Investigator,” and has a non-fiction book, “Intimate Alien: The Hidden Story of the UFO,” coming out in 2020. 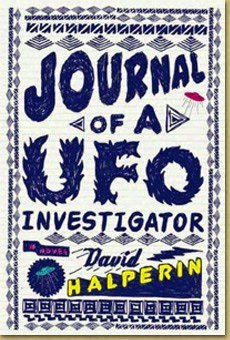 Halperin’s 1996 course covered the abduction story of Barney and Betty Hill, a class assignment to read and discuss Whitley Strieber’s Communion, and student research and presentations on, among other topics, the “X-Files” TV series, alien contact and different aspects of the UFOs’ impact on African-American culture. Halperin retired in 2000 and never taught the UFO course again ... until now. Why resurrect it?

“UFOs are still with us, however, enjoying a surprising new respectability in the world that’s emerged from the 2016 Presidential election.”

He’s referring to when candidate Hillary Clinton said she would reopen the real X-files if she were elected president. Halperin’s new course will update his old one, then cover the alleged 1966 UFO landing at Westall High School in Melbourne, Australia; the “Men in Black”; the experience of alien abduction’ and a look at what happened in 1947 near Roswell, New Mexico. He’ll finish with more on what has happened since the 2016 election and conclude by discussing the same question about UFOs he attempted to answer in 1996: “What do they mean?”

What DOES it mean? It means one of the top universities in the country is hosting a course in UFO studies (it's open to all, not just Duke students, and gives no university credit) , thus providing a little more legitimacy to a subject begging for it. “UFOs – Encounter, Mystery, Myth” will be offered through the Osher Lifelong Learning Institute (OLLI) at Duke from January 7 to March 25, 2019. You can learn more and sign up here.