UFOs Around the World: Russia

Over the next several weeks, I’ll be conducting interviews with leading UFO researchers from countries around the world in an effort to paint a picture of global UFOlogy today.

Paul Stonehill was born in Kiev, USSR, in 1959 and emigrated to the U.S. in 1972. In his youth, Paul helped smuggle people out from behind the iron curtain, aided dissidents, and smuggled banned literature into the USSR. He graduated from California State University with a BA in Political Science and wrote a thesis on the Soviet invasion of Afghanistan. Paul has worked as journalist covering warfare as well as freelancing on stories about anomalous phenomena. He created the Russian Ufology Research Center in 1991.

After the fall of Communism, his articles were published throughout Russia and the Ukraine. Since 1989, Paul has consulted for American television and motion picture production companies, as well as corporate entities.

Paul is a contributing writer to OpenMinds.tv, and the author of The Soviet UFO Files (1998), Paranormal Mysteries of Eurasia (2010), and co-author of several books with Philip Mantle, including the recently released Russia’s USO Secrets: Unidentified Submersible Objects in Russian and International Waters.

RG: Who have been the defining figures in Russian UFOlogy over the past 70 years (for better or for worse), and why?

PS: Alexander Kazantsev, the former military engineer, administrator, and later sci-fi writer in the USSR. He was never persecuted or purged, even though he participated in the New York Expo in 1939. He came up with the hypothesis that the Tunguska Event was actually an E.T. spaceship, and he helped the early efforts of Soviet civilian UFOlogists propel their ideas to the Soviet public in a totalitarian state.

Also, Felix Zigel, Soviet scientist and active UFO researcher and a target of attention of the KGB and CIA. Zigel and his colleagues studied UFOs in the 1960s-1980s in the face of great adversity—in spite of informants, lack of funds and belittlement from the official media and the Communist Party ideologues; in spite of the books of American debunkers eagerly published in the USSR; in spite of inability to respond to arrogant and sly opponents who published articles against their efforts in the Soviet newspapers; in spite of the inability to spread their ideas through public lectures when available facilities would be shut and access denied.

Also worthy of mention are: Mikhail Gershtein, the tireless author and researcher in Russia—a scientist, journalist, and collector of UFO lore of his country; Vadim Chernobrov of the KOSMOPOISK—scientist, author, philosopher who passed away in 2017; and Vladimir Ajaja, who has contributed greatly to his nation’s UFO-and USO-research, despite some problems with the ideologues. Also, Kolchin, Villinbakhov, Petukhov, Smirnov, Dvuzhilni, Arkhipov, Popovich, as well as a number of others, most of whom have passed away but who helped shape Soviet/Russian/Ukrainian Ufology.

RG: What do you consider to be the most compelling Russian UFO incident on record, and why?

PS: There are two: the 1908 Tunguska Event, and 1986 Dalnegorsk Crash. The 1908 event was possibly an intercept of an alien/ET spaceship by an Earth-based projectile or missile. Despite the research that has been going on for 110 years—some of it quite secretive and mysterious—we know little about the actual event. But its impact at the time was quite tremendous.

The 1986 event was the destruction of a UFO—most likely self-destruction—in a remote (and off-limits to foreigners) mining town in the Soviet Far East. The debris left behind is considered by a number of scientists to be something that our current technology is unable to manufacture. Others disagree and consider the object to have been a foreign spy apparatus, but the Soviet government remained uncharacteristically quiet about the “intruder.” The event took place one day after the Challenger Disaster. What is the connection? Why were the Chinese ufologists (and some Korean) so very interested in the debris?  Why did a whole school or group of UFOs visit the area in 1987, one year after the crash? Why are there more interesting UFO sightings in the Russian Far East? All this is covered in the books co-authored by Philip Mantle and myself. There are some other cases I consider to be important, despite the lack of more information and continuous secrecy: the Monchegorsk Object of 1987; the Dodin observation and sinister UFO of 1953; and the SETKA (top secret Soviet academic-military UFO research program) cases.

RG: What is the Russian government’s official stance on UFOs? When was the last time it issued a statement on the subject?

PS: The current government does not discuss them. But of course they are engaged in their own research—more sophisticated, more enhanced, quiet, and comprehensive. And it is done in cooperation with the United States and the People’s Republic of China. As to official statements on the subject, Russia’s leaders like to make wry jokes about “aliens.” They are a very sarcastic bunch, full of humor.

RG: Does the Russian Ministry of National Defence have an official UFO investigations unit?

PS: Of course they do—more than one, and under inconspicuous names, too. They also have very sophisticated space forces. I discuss their current developments and some old but persistent secrets in my videos.

RG: Has the Russian government shown more or less transparency on the UFO subject than the US government?

PS: About the same. The government just does not discuss UFOs. It’s different than under the Soviets when UFOs were often explained as bourgeois inventions. The current government is rebuilding Russia’s military might. As such, they encounter UFOs and USOs in their exploratory quests, and, of course, in the testing of advanced weaponry, missiles, and submarines; in the development of the Arctic; and in the oceanic expeditions. But the Russian military are silent too. Some news leak out. We check our sources daily. There are a lot of interesting developments—sightings, encounters in the Russian Federation, in Central Asia and China. 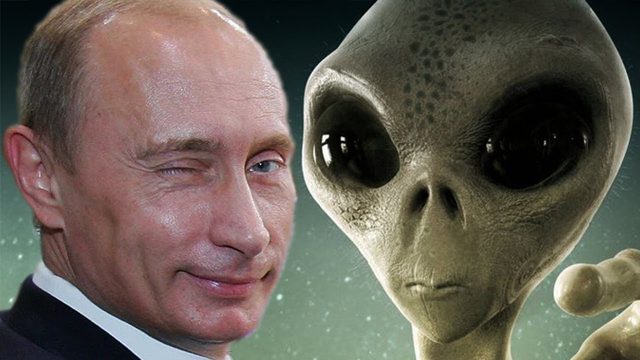 RG: Does Russia have a national UFO investigations organization, today, and how many smaller Russian UFO groups are you aware of?

PS: KOSMOPOISK was very active under Vadim Chernobrov. Alas, he passed away in 2017. They are still active all over Russia and beyond. Mikhail Gerstein is very active and knowledgeable. Konstantin Khazanov is a skeptical and insightful Russian researcher. Igor Kalityuk Artyom Bilik in Ukraine. Sergey Yefimov in Central Asia. Some old UFO researchers, from the Soviet times, like Vladimir Ajaja, are still alive.

RG: What are the most active regions of Russia for UFO sighting reports (hotspots)?

PS: Wherever the secret, new, powerful missiles are tested. They are often mistaken for UFOs. But, in my research, I would say the Russian Arctic, the Russian Far East, including the Kurils; Siberia; North-West Russia; and the magnificent, ever mysterious, Urals.

RG: How long have you been involved in the UFO subject; roughly how many cases have you personally investigated; and what conclusions, if any, have you drawn about the underlying nature of UFO phenomena?

PS: I have been involved since my early youth, in Kiev (Kyiv) USSR. Since then, I have investigated a number of Russian/Soviet cases, and you can find them in our books. I have particular interest in USOs; “Russian” and Chinese “ancient aliens” or paleocontact; as well as international research, based on the hypotheses of Russian/Soviet scientists and thinkers. I visited Southern Africa in the 1980s and Mexico’s Yucatan several times. I explored ideas and hints found in books of Yefremov, Gorbovsky, others. But, also, as an American, and one who grew up in the tumultuous and fascinating Los Angeles, I have researched the mysterious tunnels and ancient civilizations in the area; local paranormal lore; and also some areas in the Pacific Northwest (i.e. Mount Shasta, 40 years ago, based on findings and publications of the Russian Australian writer and researcher, Andrew Tomas).

My conclusions are that we are dealing with an international phenomenon when it comes to USOs and UFOs, and that governments (major world and regional powers) know the issues and work together, albeit in almost complete secrecy, to deal with the phenomenon. As such, the areas of key international research and cooperation are: the Marianas Trench; Antarctica; the Arctic; and some other sites in our oceans. But China, Russia, and United States also have their own peculiar paranormal phenomena, strategic interests, and goals.

RG: How can Russian UFOlogy better itself?

PS: Russian UFOlogy would better itself through an influx of enthusiastic, energetic people. Much like those in the Soviet period, who had to overcome the ideological obstacles from the Soviet government and Communist ideologues—lack of funds and equipment, extreme secrecy and betrayals—and yet persisted in trying to find out what UFOs really are. But life is different now, and our perceptions and ability to record information is much different than 50 years ago. But the secrecy remains, albeit more sophisticated. And now there are tabloids, the Internet, and many other developments that would have been considered science-fiction. The debunkers, though, have remained, and are as unpleasant as before.

I believe there should be more international cooperation among ufologists. I have done as much as possible to generate such cooperation. OMNI Magazine had an article about my efforts in its October 1993 issue, and I continue to enhance such cooperation. I discussed Russian/Eurasian UFO and USO cases in Brazil and Hong Kong, and in a number of U.S. conferences. We all see the same mysterious unidentified flying and submersible objects. We (civilian researchers) need to start comparing data and information, and make necessary conclusions.  And that is what I have been doing. It’s not easy; I have no sponsors, and have to fund my own work, but I persist.

For more information on the topics discussed in this interview, see Paul Stonehill’s many books, as well as his YouTube channel.