A variety of different kinds of unexplained illuminations have been reported over the centuries. These mysterious luminous phenomena are reported both by day and by night (although perhaps a majority seem to occur nocturnally), and many are observed passing through the air; in modern times, such unexplained aerial phenomena are often linked to UFO sightings, and occasionally appear to display features that may indicate the objects are intelligently controlled.

In an incident that occurred on May 4, 1997, the S.T.S. Astrid had set sail from the Azores, and was passing through the North Atlantic Ocean while en route to Dartmouth when something very peculiar happened.

According to a report on the incident published in the Marine Observer in 1997, "At 0443 UTC a light was sighted high in the sky above the ship. The light was of the style of a satellite in appearance. However, it was seen for about 10-15 seconds moving west to northwest, with a pulsating white light."

The fact that the strange, flashing "satellite" was moving so quickly over them was naturally of interest to the crew of observers aboard the Astrid. However, many were shocked when the object they observed, in addition to flashing and moving very quickly, also "stopped dead" on at least two occasions. 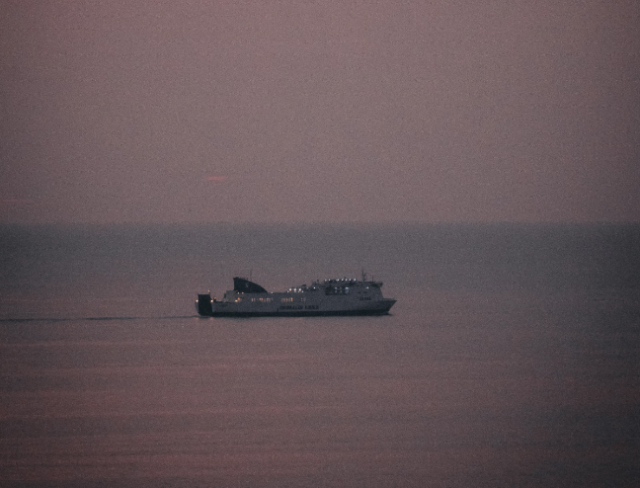 "At one point," the report continues, "the light stopped and turned in the direction of the ship. The light no longer pulsated, and for about one second it was in the form of a spotlight lighting the surrounding area. The light then turned back again and moved very, very fast across the sky before it was lost below the horizon in a matter of seconds."

Such a report leaves much to the imagination, of course, although the description of both the spotlight, as well as the flashing and intermittent stop-and-go behavior described here is consistent with a number of UFO reports from over the years, where larger objects which appear to possess flashing or strobing lights, or simply blinking lights all by themselves, have been observed by pilots and ground-based observers.

Could any of these flashing objects have a natural origin? There are at least some anecdotal reports that involve descriptions of intermittent pulsating or blinking by unusual aerial lights, such as with the luminous phenomenon that has been observed for decades at Hessdalen, Norway. According to Hessdalen.org, a website devoted to the study of these unusual nocturnal illuminations, there are several varieties of lights, among which white or blue-white flashing lights are included.

"They are usually high up in the air, close to the top of the mountains or even higher," the description at the website says. Usually lasting only a few seconds, these nocturnal displays have on some occasions lasted up to a minute, and according to the website, during their visible periods, "the light flashed several times while it is moving." Other varieties of lights observed at Hessdalen are composed of yellow lights "with a red light on the top," with the red upper portion also described as flashing intermittently.

The Hessdalen lights, it is widely believed, could represent some kind of natural phenomenon; possibly an earthlight formation akin to ball lightning, although some recent estimates have suggested everything from piezoelectricity, to cosmic radiation as possible sources. Whatever the case, their presence could provide a unique instance where a variety of luminous phenomenon in nature has been observed pulsating or flashing in this way.

Another oceanic incident similar to the one described earlier was reported by M.E. Guy in the Marine Observer a few years earlier, this one taking place on May 6, 1984. It occurred over the Equatorial Eastern Atlantic ocean, and involved a series of flashing white lights that were observed as the sailing vessel in question neared the equator. The crew later reported that visibility was good at the time, with little disturbance on the ocean, and the moon in its first quarter. "At first it was thought that there were three lights, one being bright and the other two relatively dim," the report reads, "but as the vessel approached it it was decided that there were only two, one bright and one dim." 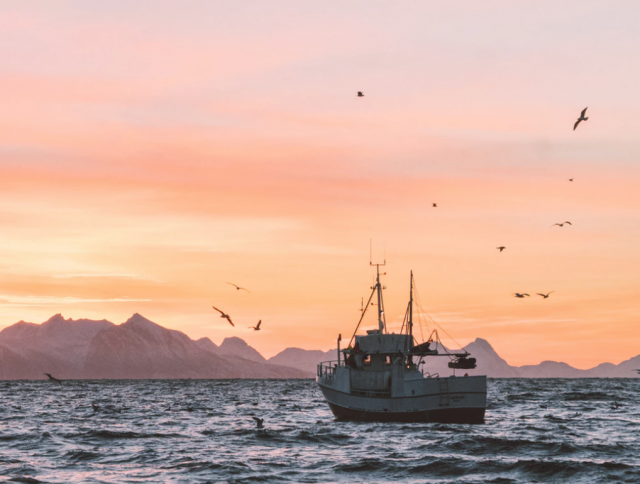 This unusual pair of flashing lights was also tracked on radar at the time. "The target, once detected," the report indicates, "gave a very strong echo and gave the impression of being a large target. It was plotted and found to be stationary."

According to the observers at the time, neither of the two lights seen by the crew appeared to be flashing or operating under any kind of pattern. "Instead they just flashed at random, but never together." Notably, the intensity of the brighter of the two lights, according to one observer, "would have put many a lighthouse to shame," seemingly indicating a manufactured source for the illumination.

The crew was unable to identify the source of this light, although the incident described here was not the only time it was observed. According to the Marine Observer report, "two previous voyages had been to Brazil and France and the lights were observed on every occasion near the equator; they were identical in every way, but in the previous encounters the lights, both dim and bright, were more numerous."

Reports of unusual luminous phenomena, especially those which occur at sea, are fairly common in scientific literature, and many can be easily attributed to bioluminescence and other identifiable causes. However, the descriptions of "flashing" lights, as provided here, are far from typical in almost any case, land or sea. The source of such illuminations could certainly still be mundane, although a few of the more unusual reports like these may also represent some unique variety of natural phenomenon... and one which, at present, remains undetermined.