“A” Is For Adamski – A New Book Reviewed

"A" is for Adamski is an excellent new book from UFO authors / Flying Saucer historians Adam Gorightly and Greg Bishop. As you may have already guessed from the title of this large, approximately 400-pages-long book, it is focused on the Contactee movement. It chiefly covers the "Golden Age" of the long-haired Space Brothers, as the authors describe it. They are are talking about 1947 to 1978. And, as you will also likely have deduced, the book is presented in an A-Z style. Both Greg and Adam have a longstanding interest in - and a fascination for - the era of the Contactee and those human-looking aliens from Venus and elsewhere who warned of atomic war and the end of civilization. Allegedly, of course...

The book works on many levels. In terms of research and investigations, both Adam and Greg have followed the Contactee field for a couple of decades. They know their stuff. They also have a keen appreciation for this undeniably controversial aspect of the UFO phenomenon. And they are good writers too. On this latter point, I should say that a lengthy, page after page, case after case, A-Z book on well-known and obscure cases might become tedious very quickly. That is not the case here, though. The authors write in a style that is not only deeply informative, but which is highly entertaining, too. Their fondness for that bygone era is as clear as it is obvious - even though both were still kids when their Golden Age ended in seventy-eight. Their mixture of deadpan wit (sometimes hilariously biting wit), nostalgia, and a keen ability to uncover little-known data on the people under the microscope makes for a great book. In fact, I would say that "A" is for Adamski is one of the most important of the many Contactee-driven books that have ever been written. Why do I say that? Read on. 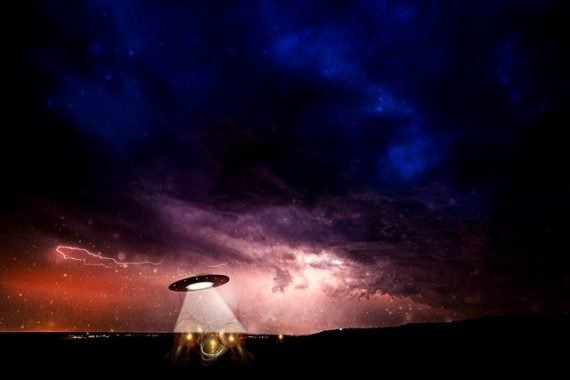 The Gorightly-Bishop book really scores when it comes to getting to the heart of not just the claims of the Contactees, but to their characters too - and not forgetting their private lives, and what it was that motivated them to turn their lives upside down and share their claimed encounters with eager saucer fans. It's important to note that Greg and Adam certainly don't buy into all of the cases. But, that's not the point. Rather, this is a study of people, of personalities, of lives transformed (sometimes for the better and sometimes for the worse), and of the making of a phenomenon that was far more about the characters than it was with the aliens they supposedly met. With that all said, let's take a look at some of the Contactee / Space Brother gems that can be found in the pages of this book.

First, there is the matter of the many and varied photos that appear in the book. There are cool, old B&W pictures of George Van Tassel's underground home at Giant Rock, California; of Albert Bender's Chamber of Horrors (actually, the attic room in his stepfather's home in which a trio of MIB materialized); of Wayne Aho (who became known as "Major A-Hole"); of Orfeo Angelucci hanging out with fellow Contactee Daniel Fry; of Woody Derenberger of "Indrid Cold" infamy and more. We learn a great deal about the Contactees, too: nearly all of George Adamski's writings were actually the words of his secretary Lucy McGinnis and an Adamski follower, Charlotte Blodgett. Sonya Lyubicin was a fan of wild orgies with the Space Brothers. Howard Menger was a definitive enigma. Buck Nelson told one of the craziest (but bullshit-filled) tales of the Contactee era. And Kelvin Rowe met a hot alien babe from Pluto. Greg and Adam also address the lives and claims of some of the more controversial characters in the field - and they do so in a take-no-prisoners fashion, which is very welcome and refreshing. We're talking about such figures as Guy Ballard, right-winger Dino Kraspedon, and William Dudley Pelley.

Altogether, what we have with "A" is for Adamski is an excellent, entertaining study of the Contactee movement, the people in it, their highs and lows, their tragedies, their claims (which range from thought-provoking to just about plausible and from wacky to outright fabricated), and what it really meant to be a Contactee in a period long gone.