A Mind For the Future: Arthur C. Clarke and the Search for Alien Life

"When a distinguished but elderly scientist states that something is possible, he is almost certainly right. When he states that something is impossible, he is very probably wrong." These were among the many memorable quips from the late Arthur C. Clarke, whose visionary scientific mind bordered the uncanny with his ability to foresee future technological trends and developments.

Unlike many of his contemporaries, Clarke was certainly among those "distinguished but elderly scientist" types who were willing to place more bets in the possible camp than the cautious and careful realms of conventional thinking. Clarke, after all, was often willing to look where no other scientists of his day were willing to go, regularly dabbling with a cautious interest in fringe subjects as chronicled on his television series Arthur C. Clarke's Mysterious World.

Clarke's fascination with the mysterious cosmos was perhaps most evident with his views on alien life. "Sometimes I think we're alone in the universe," Clarke said, "and sometimes I think we're not. In either case the idea is quite staggering." As a science fiction writer, many of his works dealt with ideas pertaining to alien life on other worlds. In his short story "The Star," he tells of a scientific mission to a distant world, where the evidence of civilization discovered there is one that is long gone.

The story is told from the perspective of the mission's chief astrophysicist, who also happens to be a Jesuit flirting with a crisis of faith. After he and his group conclude their study of the remains of an ancient world consumed by a supernova, he says to himself: "There can be no reasonable doubt: the ancient mystery is solved at last. Yet, oh God, there were so many stars you could have used. What was the need to give these people to the fire, that the symbol of their passing might shine above Bethlehem?"

The blend and, often, contrasts between themes of deism and alien life were common in Clarke's writing. Another common feature in his science fiction had been his apparent knack for predicting future innovations and discoveries. In his 1973 novel Rendezvous with Rama, Clarke predicts not only asteroid impact early warning systems the likes of which are being developed today, but also the discovery of an alien spacecraft under circumstances that bear an eerie similarity to one recent--and controversial--astronomical discovery.

Rendezvous with Rama begins in the year 2077, as an asteroid impact occurs in northern Italy which prompts the creation of a system capable of detecting such threats in advance. While Clarke's threat detection system doesn't come along until 2077, it bears a remarkable similarity to the present-day Asteroid Terrestrial-impact Last Alert System (ATLAS), a robotic survey and early-warning system in development at the University of Hawaii and funded by NASA. ATLAS is designed to detect near-Earth objects in advance of a potential impact with Earth by as much as several weeks and targets smaller objects which previously might have been missed by astronomical surveys.

The "prediction" of an asteroid early detection system isn't the only unique coincidence in Clarke's novel. Rather, Clarke's introduction of this early warning system allows for the discovery of a distant object outside the orbit of Jupiter, which is spotted half a century after the Italian asteroid impact. Initially mistaken for being a distant asteroid, the object, dubbed "31/439", is later revealed to be an alien spacecraft. Probes are then sent to observe the object, which is given the name "Rama" after the famous hero of Hindu mythology, which is revealed to be a featureless cylindrical object nearly 35 miles long.

If the description above sounds familiar, you aren't alone: the mysterious space rock 1I/2017 U1, or 'Oumuamua as it is more popularly known, was almost named Rama instead, due to the remarkable similarities between the circumstances surrounding its discovery, and the plot line of Clarke's novel. (This was only one of several remarkable coincidences that appear in Clarke's writing, and an online search will reveal other cases where themes in the famous futurist's writing apparently "predicted" future innovations.)

While the similarities between Rendezvous with Rama and the real-life discovery of 'Oumuamua are interesting, to say the least, there may be more to be gleaned from the comparison.

In a recent interview with Haaretz that we touched on here at MU, the chair of Harvard University’s Astronomy Department Avi Loeb, defending his controversial speculations about "light sail" technologies that might be propelling 'Oumumua through our solar system, said that “As soon as we leave the solar system, I believe we will see a great deal of traffic out there."

"Possibly we’ll get a message that says, ‘Welcome to the interstellar club.’ Or we’ll discover multiple dead civilizations — that is, we’ll find their remains.” Again, Loeb's comments bear similarities to things Clarke had written about in stories like The Star decades ago; perhaps he's a fan of the late futurist, too. 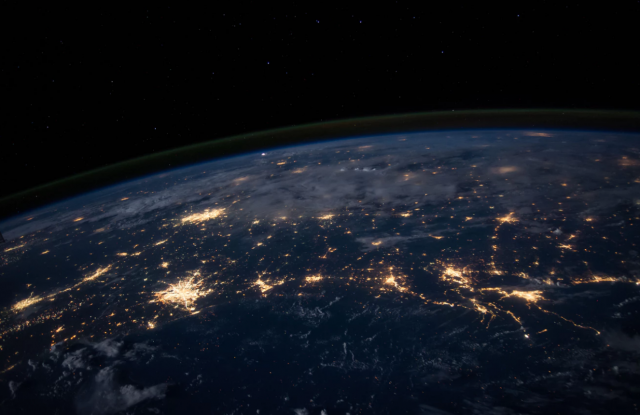 So much has been written of what is arguably Clarke's most famous work, 2001: A Space Odyssey, that it hardly requires additional mention here. Nonetheless, it would be worthwhile to point out that Clarke's fictional scenario about the influences of alien life on humankind over time, and the idea that humans might be "invited" further out for play in the great intergalactic forest as our technological capabilities progress, is also thought-provoking in light of current discoveries.

"The only way to discover the limits of the possible," Clarke once said, "is to go beyond them into the impossible." This may be the best summary of Clarke's approach, both toward the eventuality of human contact with alien life, and the future in general. Thus, it may be why he saw more success than many of his contemporaries: his remarkable vision of the future was one that saw beyond what was possible in his day, and likely well in advance of what is possible even in the present day.