A Probing Part of the Betty & Barney Hill Alien Abduction

On September 19, 1961, a New Hampshire husband and wife, Betty and Barney Hill, were driving to their New Hampshire home, after taking a welcome vacation in Montreal, Canada. We might argue they needed another vacation after experiencing what was lurking and looming on the horizon. As the pair headed home, and at around 10.30 p.m., as they drove south of Lancaster, New Hampshire, they were puzzled by the sight of a strange light in the night sky above. Viewing the lighted object through binoculars convinced the Hills that what they were seeing was not an aircraft – of either a commercial or military kind. As they continued their drive through the mountains, Barney and Betty developed an uneasy sense that whoever was flying the craft was specifically watching them; playing a game with them, toying with them, and practically goading them into following the maneuvers of the mysterious vehicle.

Matters came to a sudden hair-raising head when the object approached their car and dropped to a height of around ninety feet, causing a terrified Barney to bring the car to a sudden stop, in the middle of the road, on the darkened, mountain pass. Pancake-like was how Barney later described the unearthly-looking vehicle, after stepping out of the car and staring into the dark skies. As Barney focused on the craft with the binoculars, he couldn’t fail to see close to a dozen beings – wearing caps – milling around and peering down at the now deeply frightened pair. When the machine began to close in on the Hill’s car, Barney shouted to Betty that the things inside were going to kidnap them. They jumped back into the car at sped off at high speed – which is hardly surprising. Craft and crew did not follow – or so it seemed at the time. 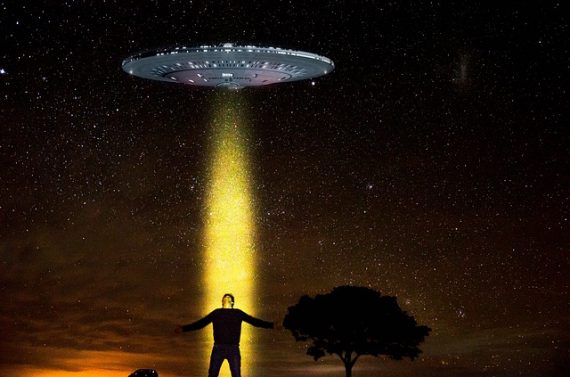 The traumatic encounter was far from over: it didn’t take long at all before Betty and Barney realized that there was something very wrong about their journey – around two hours of time was missing from it. Gone. Obliterated from their memories. Finally, after nightmares, restless nights of tossing and turning, and picking up on fragmented memories suggesting there was far more to the incident than they consciously remembered, the pair received help from a psychiatrist and neurologist in Boston, Massachusetts, Dr. Benjamin Simon – who began a series of hypnotic sessions with the Hills in January 1964.

What surfaced out of those sessions, while Barney and Betty were rendered into altered states by the doctor, was, to put it bluntly, astounding: if the results of the hypnosis were not the product of fantasy or suggestion, both of the Hills had been taken on board what was nothing less than an alien spacecraft, and subjected to a number of medical procedures that clearly left Betty and Barney in states of lasting turmoil. One of those procedures – specifically performed on Betty – gave an indication that human reproduction somehow played a role in the matter.

The story is a remarkable one, and one that is comprised of Betty and Barney’s own memories that flooded back into their mind during distressing dreams, and data that surfaced during the hypnosis sessions with Dr. Simon. According to Betty, while under the control and sway of the strange creatures that stood before her on the craft, she experienced something deeply traumatic: laid out flat on something similar to an operating table, Betty – to her horror – witnessed one of the entities inserting a needle-like device into her navel, after informing her he was going to check if she was pregnant.  In addition, Betty said the alien performing the procedure assured her that the test would be very helpful – but in what way, and why, exactly, was not explained. Nor was it explained who the procedure would be helpful for: Betty or the ETs. One suspects the latter.

According to Betty, the needle was somewhere between four and six inches in length and had a tube attached to it. Far from feeling like the slight discomfort associated with a regular, medical needle, however, Betty said that the pain – as it was inserted - was more along the lines of what she thought it would feel like to have the blade of a knife plunged into her.  In other words, it was excruciating. Both the entity carrying out the task, and an additional one that was perceived by the Hills as the leader, reacted in a surprised and concerned fashion – to the extent that the creature overseeing the situation waved his hand across Betty’s eyes, something which immediately removed all of the agony. At least, that was the scenario in Betty’s dreams.

Under hypnosis, however, the story was that the pain did not go away: Betty was still in pain and deeply stressed. This is highly suggestive of the probability that her subconscious state had attempted to place a more positive, and far less traumatic, slant on the experience – but one that the hypnosis sessions demonstrated was far worse than her mind was trying to telling her. In fact, such was the stressful, pain-filled, and fear-dominated state that Betty was in, Dr. Simon took the immediate step of bringing the hypnotic session to a rapid halt. This particular aspect of the Hill affair brings us to the matter of something called amniocentesis.

When a woman becomes pregnant, the developing fetus is enveloped in what is termed amniotic fluid. It is a liquid that is very much like water, and from a study of which a great deal can be ascertained about the health and development of the fetus. Alpha-fetoprotein and developing skin cells are two of the main things that the Amniocentesis procedure focuses on, as it seeks to confirm the condition of the fetus. During the process, a needle is inserted into the mother’s uterus, via her abdomen, usually between fifteen and eighteen weeks into pregnancy. Since the procedure can at times be a tricky one, it is constantly overseen via ultrasound scanning. The goal is to use the needle to secure a small amount of amniotic fluid, which can then be studied and analyzed.

Typically, the procedure is performed for genetic reasons, such as to determine if the developing baby may have Muscular Dystrophy, Cystic Fibrosis, or Down syndrome. It’s a procedure which is very often undertaken on women in their mid-thirties or older (and who have a markedly higher chance of developing chromosomal disorders), and those who have given birth to a previous child with either physical or mental disorders. It may not be a coincidence that when Betty was subjected to that curious procedure, she was already in her early forties. It must be said that there is one notable difference between amniocentesis and the procedure that Betty Hill experienced. Namely, that the needle inserted into Betty went via her navel. In amniocentesis, it’s via the abdomen and then into the uterus. Nevertheless, it’s still intriguing that Betty’s aliens informed her that the needle-inserting procedure was linked with determining if she was pregnant. 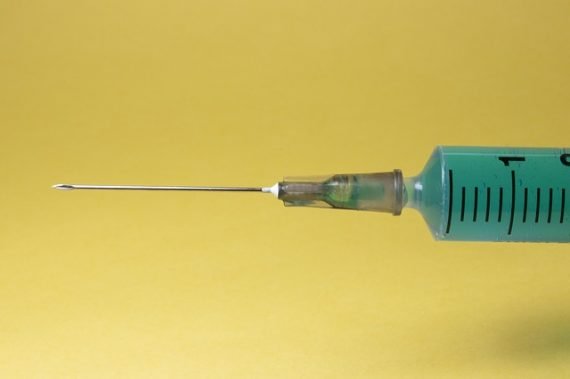 Those doubtful of Betty’s account might take note of the fact that in 1930, the team of Leland E. Holly, Thomas Orville Menees, and J. Duane Miller, performed an amniocentesis procedure on a pregnant woman. In this case, it involved injecting dye into the amniotic sac, specifically to study the placenta and the fetus. Could Betty have heard of, or read about, these early, pre-1960s era examples of amniocentesis? Certainly, it’s not impossible. In addition, in 1960, only one year before the encounter of the Hills, and for the very first time, amniocentesis was used to identify hemophilia-related issues relative to mother and fetus. It was a development reported on, at the time – albeit primarily in the pages of in-house medical journals. If Betty did have an awareness of what amniocentesis is, it’s not impossible that buried memories of reading about it had a bearing on both her dream-based and hypnotic recollections. But, on the other hand, why would Betty say the needle was inserted into her navel, if she knew that amniocentesis was a technique that was focused only on the abdomen and the uterus?

In some respects, what Betty told of sounds far more like a laparoscopy, in which a small insertion can be made into the belly and a lighted tube is inserted to allow for an examination of the pelvic organs to be undertaken. So, given that the pelvic organs include the uterus, the Fallopian tubes, the vagina, and the ovaries, a case can still be made - to a degree - that the procedure performed on Betty was of a gynecological nature, even if it wasn’t a case of amniocentesis.

The Russian Orthodox Church, Smartphones, and the Rise of the Antichrist