American Anomalophobia: Does the U.S. Have a Greater Bias Against the Unexplained?

"What has happened to that vaunted American pioneering spirit? We suppose that an American scientist cannot paddle too far out of the scientific mainstream without jeopardizing his or her funding."

These were questions asked by the late William R. Corliss, a longtime champion of the scientific study of anomalies in nature, in the May-June 1996 edition of his Science Frontiers newsletter. Corliss spent several decades of his life combing through scientific journals, periodicals, and a host of other publications in search of oddities that might be worthy of some degree of scientific scrutiny. On occasion, he might include slightly more "questionable" entries too, but generally only for their novelty, and often with additional commentary that he added to clarify it as being such.

In the aforementioned edition of Science Frontiers, the late physicist commented on a common theme that arose between the listing of publications in that particular edition, under the heading "American Anomalophobia."

"Isn't it interesting that of the 21 sources used above 14 are from British publications?" Corliss asked.

Even in 1996, this may not have been a new trend. A look back at some of the scientific luminaries over the years who have been advocates of science applied to the unexplained does seem to show a disproportionate number from European countries.

In 2012, John Horgan wrote in a blog at Scientific American about a number of innovative scientists who are "open-minded about paranormal stuff." In Horgan's list, he included computer scientist and all-around genius Alan Turing, who was interested in the psychic phenomena famously studied by J.B. Rhine. Others who made Horgan's list included Swiss psychologist Carl Jung, as well as his former colleague Sigmund Freud. Wolfgang Pauli also made the list, and so as not to refer exclusively to past luminaries of the sciences, Freeman Dyson (an English-born American) and Brian Josephson (hailing from Wales) were also included on the list.

"My guess is that many more scientists believe, at least tentatively, in paranormal phenomena," Horgan wrote, "but they are loath to disclose their views for fear of harming their reputations—and even science as a whole."

I would say this is probably likely. While I realize this is supposition, rather than any kind of statistical certainty, in my own personal experience I have known many professionals in the sciences who would never discuss or publicly advocate any sort of "fringe" ideas, though in private they may indeed confess to having at least measured interest in such things.

The list goes on well beyond those mentioned on Horgan's blog. Physicist Max Planck also dipped his toe into the unusual when he proposed the idea that, rather than the universe conforming strictly to a materialistic state of being, perhaps matter and physicality could have its root someplace else; perhaps even in a non-physical "realm" that is synonymous, essentially, with our idea of consciousness.

One final example that warrants mention here--though his inclusion is almost sure to be disputed--would be Carl Sagan. As one of the most prominent scientists and educators of the last century, he was unquestionably skeptical. However, Sagan also wrote famously in his book The Demon Haunted World about the possibility, however remote it seemed, that certain phenomena deemed "paranormal" could have a basis in reality. Among these, he cited children who claim to possess memories of "past lives."

Writing for The Atlantic in 2014, Jake Flanagin wrote about the Division of Perceptual Studies at the University of Virginia's School of Medicine. Founded in 1967 by Dr. Ian Stephenson (best known for his pioneering research into chronicling such "past life" claims), the work has continued under Dr. Jim Tucker, who has spoken frequently over the years in various media appearances about the impressive number of cases the UVA's studies have collected and studied.

However, perhaps one of the more salient quotes from Flanagin's Atlantic piece actually came from Jesse Bering, a research psychologist and blogger for Scientific American on behavioral science. Bering, in response to the kinds of studies undertaken by Stevenson and Tucker over the years, said:

“I’m happy to say [Stevenson’s work is] all complete and utter nonsense. The trouble is, it’s not entirely apparent to me that it is. So why aren’t scientists taking Stevenson’s data more seriously?”

It's a good question. Whether or not this has to do with the idea of there being a greater degree of bias against the unexplained in America in particular, it certainly shows that even when good science is being done in relation to more offbeat topics, that doesn't necessarily mean it will be noticed, let alone well received.

Coming back to Corliss's original observation about the prevalence of paranormal interest in British science publications, one might argue that the country's history with paranormal research is part of the reason for its continued popularity there. Organizations like the Society for Psychical Research have helped maintain this presence (although that's not to say there haven't been American counterparts, such as the aptly-named American Society for Psychical Research). 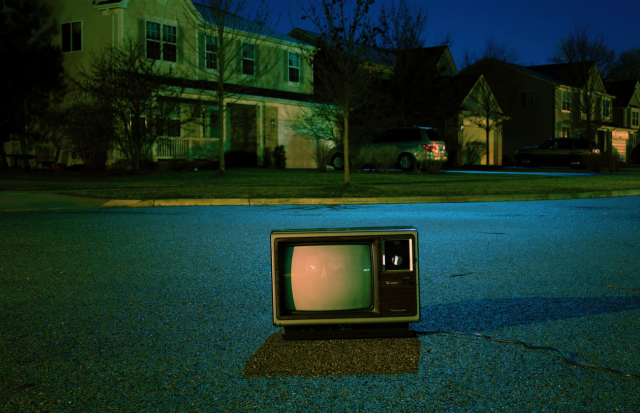 However, if there's truly one thing that the United States seems to have in greater amounts than most other countries, that might well be its paranormally-themed entertainment. The motion picture business only really began booming in the early 20th century thanks to a burgeoning American industry being built around it, and with the resulting prevalence of film and television entertainment produced in the U.S. over the last century, it is only natural that the amount of paranormal-themed programming would be higher here too.

Could it be that largely credulous paranormal television shows and "science made for TV" style programming has helped contribute to a more negative attitude toward the subject, which even carries over when actual science is being applied?

It's just a thought... but it certainly puts a different spin on the old idea that, "there's no such thing as bad press."