A team of Canadian and Chinese researchers have discovered unusual feathers in pieces of dinosaur-era amber that date back 100 million years. The tail feather that was within the amber was discovered at Hukawng Valley located in the northern part of Myanmar which is an area that’s well-known for amber fossil findings.

Amber can accommodate several types of soft tissues which is extremely helpful for palaeontological information. Zou Jinmei, who is one of the Chinese researchers, explained, “Unlike most tail feathers that are found in compression fossils, the discovery in amber offers three-dimensional structure of the feather and contains more information.” 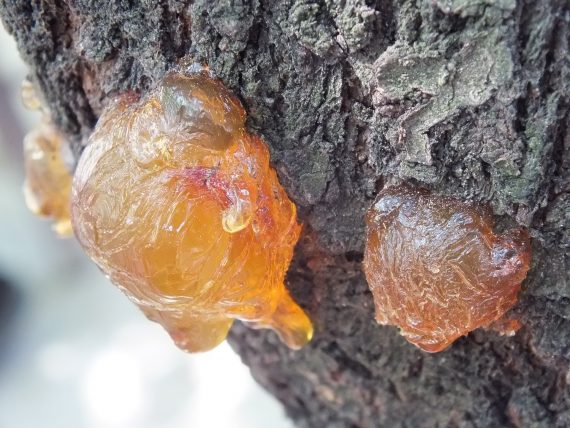 Xing Lida, who is an assistant professor at China University of Geosciences in Beijing as well as the leader of the team, added, “The Age saw how certain types of dinosaur evolved into birds.”

What’s even more interesting is the fact that they appear to be “decoy” feathers that the birds could have shed quickly and on purpose in order to get away from predators. The process is quite similar to how lizards can leave their tails behind to get away if they are caught.

Several of the feathers that were discovered in 31 pieces of amber were quite a bit longer than normal feathers found on birds and could have even been longer than the actual birds. The researchers wrote, “The apparent ease of removal and muted colors observed in amber RDFs (rachis dominated feathers) may indicate a sacrificial role in defense, as well as usefulness in visual signalling.”

While it’s still unclear whether the feathers evolved from normal bird feathers, or if they were part of another evolutionary path, what is for certain is that these preserved feathers found in ancient amber remain quite unusual.

To see a picture of the feathers preserved in amber, click here.

In other news, a new study has revealed that the ancient flying reptiles known as pterosaurs had plumage that was similar to bird feathers as well as bat fur. Pterosaurs were around during the dinosaur age and were the first true flying vertebrates.

Earlier research found that pterosaurs had hair-like filaments on their skin that were more like fur. But more recent studies have found that they could have also possessed plumage that looked like feathers. Two well-preserved, short-tailed pterosaurs that lived approximately 160 million to 165 million years ago in China were studied by researchers who determined that they in fact had four separate kinds of fibers on their bodies. 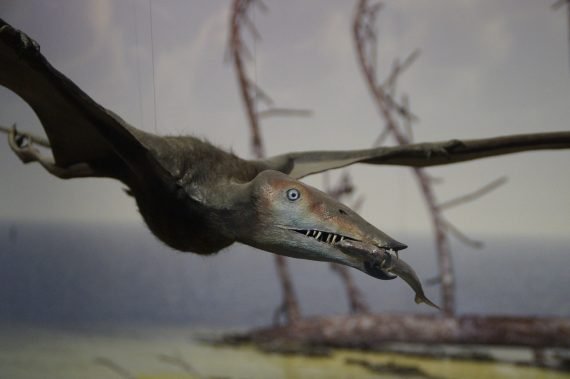 One of those fibers, called pf pycnofiber, was a hollow, fuzzy, fur-like fiber that was found on the head, limbs, tail, and torso, while the other three fibers were more like curved, thread-like feathers and were found on the wings and head of the pterosaurs. Spectroscopy revealed that the chemical compositions found in the pycnofibers were much like modern-day feathers, and the scanning electron microscopy found that they also had pigmentation meaning that they were quite possibly colorful. The reason for the fibers found on the pterosaurs could have been to keep them warm, aerodynamic streamlining, camouflage, or perhaps even for tactile sensors similar to whiskers.

With these new studies conducted, it could indicate that feathers evolved in the ancestors of both dinosaurs and pterosaurs, but it’s also possible that they could have evolved separately in both evolutionary processes.

Click here to see an artist’s reconstruction of the short-tailed pterosaurs.