Here’s proof that we can all get along … at least when it comes to exorcisms. An Anglican minister in Wales with experience in exorcisms got a strange call recently – a Muslim family in his town was unsure how to rid their house of what appeared to be the ghost of a Christian monk. Did they call the right guy?

"Because they had seen what they thought might be a monk, they felt this was a Christian ghost and therefore they needed a Christian deliverance minister - exorcist, whatever you want to call us -- to sort the problem out. They were terrified." 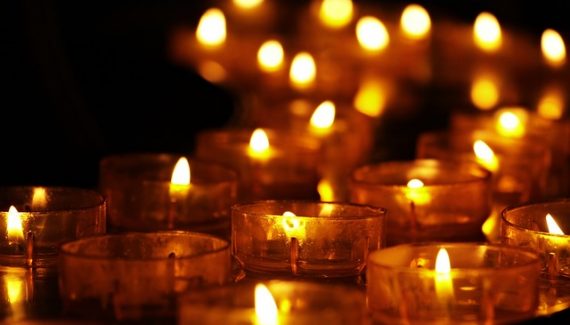 Reverend Jason Bray is an Anglican minister in the Mission Area of Wrexham in northern Wales and the Priest-in-Charge of St Giles’ Church, Wrexham, and St Mary’s Church, Bersham, a suburb of Wrexham. He also has one more line on his crowded business card … Diocesan Deliverance Minister. Dr. Bray is trained in performing exorcisms for both the Church of England and the Church in Wales. While the Catholic Church and Pope Francis get all of the exorcism publicity, the Church of England is actually much better organized when it comes to what they call ‘deliverance’ – the act of cleansing a person of demons and evil spirits in order to address problems in their life caused by either the spirits or underlying reasons. Starting in 1974, every diocese was equipped with a team trained in both exorcism and psychiatry. Actual exorcisms are rare – Dr. Bray says he performs six a year – and require permission from the Diocesan bishop and a team of specialists which includes a psychiatrist and physician.

“To some extent, all this is strangely amazing, as it is something on a different level of existence. This is the toughest land of the spiritual world accessible to priests. But at the same time, all this is very commonplace.”

According to the local media, it doesn’t appear that Dr. Bray needed all of that approval to help the ‘terrified’ Muslim family. He came to their home to assess the problem and, after questioning the family members, hearing the details about the monk ghost and seeing their distraught faces, decided to perform a quickie exorcism to drive out the spirit, which he didn’t think was a monk ghost but instead was a “low-level poltergeist activity.“ That likely means the family experienced objects moving, loud noises and possible touching by the ghost.

To perform the exorcism, Bray says he donned a stole – a long colored cloth worn during liturgical services – and recited a blessing and the Lord’s Prayer. That was enough for the monk ghost to reveal its presence to him and he cast it from the home using the ‘secret’ part of the exorcism ritual.

"A lot of the times, it will be people who have mental illnesses of some description. If I believe somebody needs a medical review I will say this to them. I do frequently suggest they might see their GP."

In this case, Dr. Bray was confident the cause of the family distress was the “low-level poltergeist activity“ and didn’t see a need for any other outside evaluation. Knowing the family was Muslim, why didn’t he call in an Islamic exorcist? He may have known that they focus more on personal possession by a jinn (evil spirit) rather than a spirit haunting a building. Or he was just trying to help a local family, regardless of faith or ethnicity, in dire straits and needing assurance that they were safe and protected -- no questions asked and no judgments made.

If he can do that, perhaps we should elect some deliverance ministers.