Asparagus-Throwing Psychic Does Well in 2018, Gives Predictions for 2019

My favorite psychic -- Jemima Packington, a.k.a. the Asparamancer – has tossed her asparagus into the air and made her predictions for 2019, but not before deservedly taking a bow on a large number of 2018 predictions that came true and humbly admitting that the green spears failed her on a few. Has she switched to a non-GMO, organic asparagus or a new vegetable completely? Does she eat the losers?

Even hardcore vegetarians admit there’s nothing worse than an “off” asparagus, but in this case Jemima is referring to her “off” predictions last January that Theresa May will be ousted (close but no spearing), record number of Royal births would occur (only one little sprout, although that doesn’t count the hundreds of royal relatives more than ten seats from the throne) and that the UK would have major flooding at the start of the year (lost points because floods happened later in the year). However, she was correct (or close enough to claim a winner) on her predictions of a bitcoin crash, the US acting as a peacemaker (in North Korea), politics rocked by scandals (too easy), no major sporting achievements for British national teams, Oscar success for one British actor (Gary Oldman) and a resurgence in book sales over cyber-reading (bookstores should start serving asparagus salads and teas).

Packington attributes her psychic powers to a great aunt who read tea leaves, and her preference for using Vale of Evesham asparagus xomes from failures with broccoli and a regular gig at the annual Vale of Evesham’s British Asparagus Festival in Worcestershire. She tosses a handful high in the air and interprets the patterns they make on the ground.

Enough with the suspenseful build-up! Here’s the Aspramancer’s asparagus predictions for 2019:

Fears over Brexit will prove largely unfounded.
The Trade War between China and the US will end but there will be a recession in the US that will affect the world.
Exciting new technology will be launched.
England’s women’s football team will win the World Cup in France.
TV’s Big Brother will return to our screens.
Extremes of temperature become the norm.
US romantic musical ‘A Star is Born’ will win an Oscar.
Household British businesses will fold.
England’s cricketers and rugby team will enjoy success.
Asparagus will see an all-time high in sales. 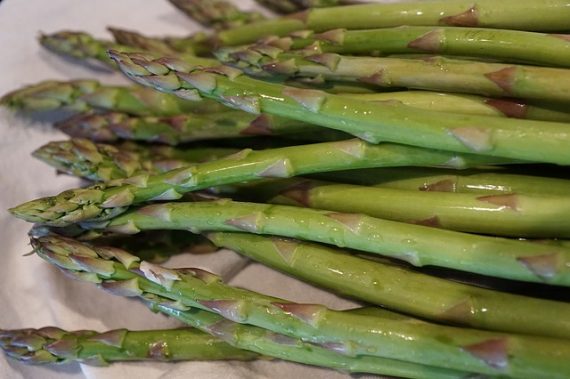 As in past years, some of the Asparamancer’s predictions are fairly general (Brexit, new technology, temperatures, businesses folding) but a few are pretty specific (trade war, recession, Oscar for ‘A Star is Born’, cricket and rugby success, asparagus sales). As always, Jemima doesn’t let the wrongs or occasional off asparagus discourage her.

“I always look forward and never really look back.”

Here’s one prediction that needs no asparagus … we’ll be checking on the Asparamancer’s 2019 picks in January 2020.

Bizarre Accounts of Real Monsters in the Basement