The mystery of Great Britain’s anomalous big cats deepened this month with a terrifying report out of Porthleven in Cornwall, England. Matthew Wild told Cornwall Live he was visiting his girlfriend when a massive feline creature began tearing at the window frame trying to get inside:

It growled deeper and louder than anything on Tarzan except the lion. It's definitely a wild cat. It was very intent on getting in. It was trying to get through the window. I thought it had gone and went to shut the window and it went to get me.

Wild says he tried to close the window when the large cat disappeared, only to be terrified when the animal suddenly reappeared and pawed at him. According to Wild and his girlfriend, the animal looked something like a “domestic cat crossed with a panther” and appeared to be incredibly powerful for its size. The pair called local police to report the incident, but apparently law enforcement officials weren’t interested and believed the report to be a hoax. 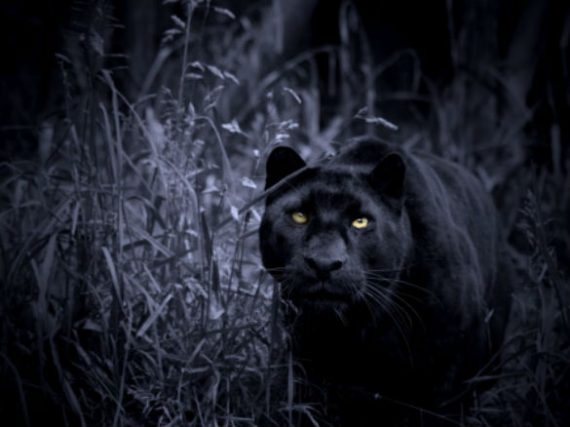 While it's true there’s little to go on in this case other than the testimony of two witnesses, there have been other anomalous big cat sightings in Cornwall as recently as October 2018. Reports of out-of-place large cats seem to be on the rise throughout the United Kingdom, and animal experts can’t agree on what may be behind these sightings. In some cases, sightings and photographs have been shown to be misidentified domestic cats; in others, proof of living wild big cats has been found. Might there actually be unknown feline species prowling the English countrysides?

I tend to think that these unexplained big cat sightings are merely a sign that changing climate patterns and human population growth are straining the natural world and forcing previously unknown animals into close contact with humans in search of food; however, reports of anomalous big cats throughout Great Britain date back centuries. The most famous British Big Cat, the Beast of Bodmin, is said to live in Cornwall where this most recent sighting took place. Is there some truth to the legend of this beastly cat? Could there be large unknown felines left to discover on the British Isles? With little to go on other than a few grainy, out-of-focus photographs and eyewitness reports, this cat cryptid will remain in the shadows for now.

The Mysterious Rings of Earth: Did Our Planet Ever Have a Ring System Similar to Saturn?