Back in the 1970s, Paul Bennewitz - who died in 2003, in Albuquerque, New Mexico – had his own company that stood adjacent to Kirtland Air Force Base, also in Albuquerque. Its name was Thunder Scientific. All was good, as Bennewitz had a number of solid contracts with the military. And living and working so close to the base made things comfortable and handy for Bennewitz. It was the perfect relationship. Until, that is, it wasn’t. In shockingly quick time, Bennewitz’s life began to fragment in chaotic fashion. But, how and why did such a thing happen?

It’s important to note that by the late 1970s Bennewitz had been interested in UFOs not just for years but for decades. He had a large library of books on the subject and subscribed to a number of newsletters and magazines on the subject. On occasion, Bennewitz had seen – late at night and in the early hours of the morning – strange, unidentified objects flying over Kirtland Air Force Base and the nearby, huge Manzano Mountains. They could have been early drone-like craft being tested secretly. But, for Bennewitz they were alien craft. 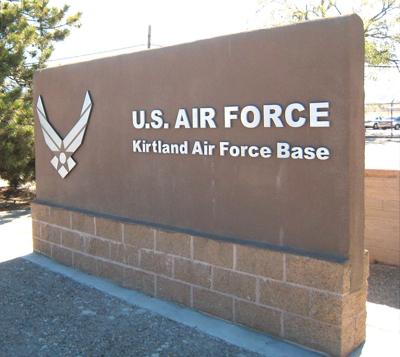 Bennewitz’s head spun: he came to believe that aliens were in league with the U.S. Air Force, and that much of the secret program was run out of Kirtland. And he shared his views with staff at Kirtland, the CIA, the NSA, the Defense Intelligence Agency, the Pentagon, his Senator, his Congressman, and just about anyone and everyone in a position of power and influence. It was all but inevitable that by firing off lengthy letters about a secret alien-human operation at Kirtland someone would take notice. That’s exactly what they did.

While one school of thought suggests that Bennewitz was indeed tracking the movements of UFOs in the skies over Kirtland, another suggests that Bennewitz had actually stumbled on test-flights of new and radical aircraft, of the aforementioned drone kind. In the latter scenario, the government (as a collective term for all of those agencies and individuals that Bennewitz approached) decided to first politely, but quietly, request that Bennewitz bring his research to a halt. This was like a red rag to a bull. Bennewitz would hear none of it. He was primed and ready to go after the U.S. Government and to confirm what he saw as the dark and sinister truth of Uncle Sam’s liaisons with aliens. One man against the government? It was clear who was going to win; although Bennewitz couldn’t envisage such a thing at all.

In ingenious fashion – but from the perspective of Bennewitz, in terrible fashion – a plot was initiated to, in essence, give Bennewitz exactly what he wanted to hear. So, well-placed government agents, intelligence operatives, and experts in the fields of counterintelligence and disinformation, all fed Bennewitz fictitious tales of dangerous ETs, of thousands of people abducted and mind-controlled in slave-like fashion by the aliens, of terrible experiments undertaken on people held below a huge "underground base" in the town of Dulce, New Mexico, and of a looming confrontation between the human race and the deadly creatures from another galaxy.

That the data was all coming to him from verifiable insider sources impressed Bennewitz and led him to believe their every word – which is precisely what the government was gambling on. The government then tightened the noose even tighter around Bennewitz’s neck: they fed him more and more horror-stories of the alien variety. And, slowly and bit by bit, Bennewitz’s paranoia grew. He couldn’t sleep, he became stressed to the point where he required medication, and eventually had a nervous collapse and was hospitalized. The result: he walked away from UFOs, secret projects, and cosmic conspiracies as a crushed man. Which may well have been the intent of the government, anyway.