According to researchers, a pack of wild dogs that were seen close to the beaches of the Texas Gulf Coast carry a large amount of genes from the red wolf. What’s incredible is the fact that the red wolf was said to be extinct from the wild almost 40 years ago.

These findings reveal that the DNA from the red wolf is incredibly resilient after being labelled extinct in the wild for so long. Elizabeth Heppenheimer, who is a Princeton University biologist and is taking part in the research on the pack of wild dogs found on Galveston Island in Texas, explains, “Overall, it’s incredibly rare to rediscover animals in a region where they were thought to be extinct and it’s even more exciting to show that a piece of an endangered genome has been preserved in the wild.”

Upon testing, it appears as though the pack of wild canines is a hybrid of red wolf and coyote. Two of the pack members that were killed by getting hit by cars were brought in for testing. A team of researchers at Princeton University took DNA samples from the road kill and compared it to the genomes from several species that were related to them which included 29 coyotes, 10 eastern wolves, 10 gray wolves, and 11 red wolves that were bred while in captivity. 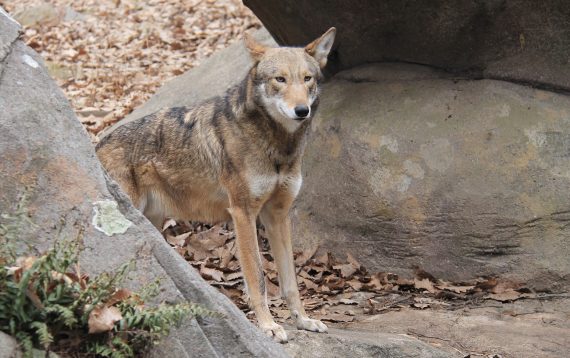 The testing determined that the DNA held shared genes that are found only in red wolves and not found in any other species that were tested. This strongly suggests that the dogs found in Texas were in fact a hybrid of red wolf and coyote although additional testing needs to be done to positively confirm this theory. Similar DNA was found in wild dogs in the southwestern part of Louisiana which brings new hope for the wolf that was previously thought to be extinct.

The red wolf is a medium-sized canine that weighs anywhere between 45 to 80 pounds which puts them in between the size of a coyote and a gray wolf. They also have reddish fur that can be best seen on their head, ears, and legs. At one time, they were a popular breed of wolf living in a large part of the southeastern area of the United States such as Texas, West Virginia, and Florida. However, in 1967 they were officially classified as an endangered species, and in 1980 it was announced that they had become extinct in the wild. 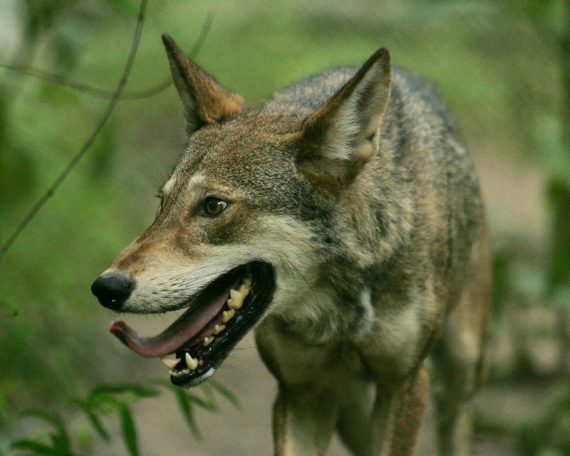 Around 200 of these wolves do live in zoos and other wildlife facilities and are part of captive breeding programs. And since a group of them were reintroduced to North Carolina in the late 1980s, around 40 red wolves are now living in the wild.