There are plenty of ghost hunting shows on television these and they can do their own plugs. On the other hand, the haunted places they visit need all of the help they can get to stay in business once the show has searched for ghosts and left the premises. A good example of that is the USS North Carolina, considered to be one of the most haunted places in North Carolina – even though it’s not originally from the state. The ship has a storied history as a World War II battleship and an equally interesting past as a ghost boat. It's in the news because one of those shows will be visiting it this weekend.

The North Carolina was laid down (construction began) on October 27, 1937, at the New York Naval Shipyard and launched on June 13, 1940, as the first of two North Carolina-class fast battleships (The Washington was the other). The ship was equipped with nine 16-inch (410 mm)/45 caliber Mark 6 guns and performed so well in tests that it was nicknamed "Showboat." There was no showboating by the North Carolina during the war – it took part in every major naval offensive in the Pacific Theater of Operations, losing only ten sailors in action while earning 15 battle stars as the most decorated American battleship of World War II. 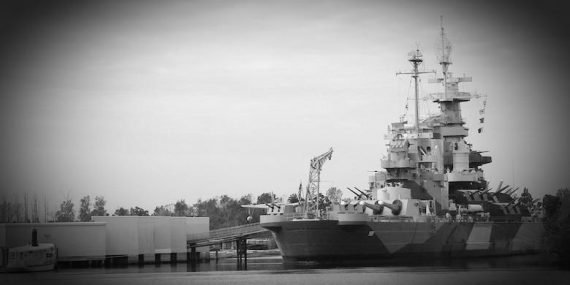 Decommissioned in 1947, the North Carolina was used for training until 1960 when it nearly became a ghost itself before being purchased by the state (using money raised by schoolchildren in a Save Our Ship campaign) and permanently docked in Wilmington as a war memorial.

“Records show that during the second world war, a soldier died in the battleship’s washroom during a torpedo strike. He is one of the ghosts that is now said to haunt the USS North Carolina. However, he is by no means alone.”

As the website Haunted Rooms notes, the USS North Carolina is also a “showboat” when it comes to ghosts. Besides the spirit of one of its ten casualties of the war, another former sailor is the spirit of a blonde man in uniform who has been seen by many in various passageways, appearing to be just doing his old job – opening closed hatches and turning on lights and electrical appliances to the surprise of people on the boat. Another spirit merely generates an evil sensation which has scared visitors off of the boat. There are also plenty of shadows, unexplained noises, mysterious voices, feelings of being touched and other ghostly experiences that could be attributed to being confined in close quarters on an old, empty and mostly disemboweled ship, but past ghost hunters claim to have recorded the sounds. The blonde ghost and most of the other strange occurrences have also been witnessed and experienced by Danny Bradshaw, the ship’s security guard for the past 30 years. 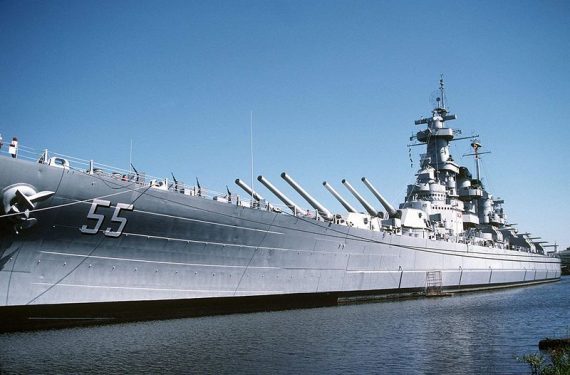 Are these ghosts the spirits of former American sailors unwilling or unable to leave the fabled USS North Carolina … or could they be ghosts of enemy sailors trying one last time to bring down the ship they were unable to defeat in battle? Now that’s the kind of info that would make ghost shows really interesting. Don't wait for them -- visit this historic ship on your own and ask the ghosts yourself.