“Frankly, I think the federal government has done almost nothing to help us with this.”

What do you think the person who made this statement was referring to by “this”? If you said “UFO research,” thank you for joining our conversation, Senator Reid! Yes, those words were spoken in a recent radio interview given by the former U.S. senator from Nevada, Harry Reid. It’s not important what party he belongs to because a topic as important as this should be bipartisan, right?

It’s good to see Senator Reid back fighting for disclosure after he himself disclosed in 2017 that he was retiring from Capitol Hill after receiving a diagnosis of pancreatic cancer. After two years of treatment and despite a fatalistic piece in The New York Times about him just last weekend, Reid says he’s strong and has a good life and looks to be in good enough health to kick that heavy Sunday edition of the Times into the street. However, what he came to KNPR Nevada Public Radio to talk about was UFOs and some other minor stuff going on in Washington and the White House. (Listen to the interview here.)

"I think it is something we can't ignore. I personally don't know if there exist little green men places. I kind of doubt that, but I do believe the information we have indicates we should do a lot more study. We have hundreds and hundreds of people that have seen the same thing — something in the sky, it moves a certain way.”

Many of those “hundreds and hundreds” of witnesses are military pilots, and Reid was getting ready to meet with an unnamed senator still in office about giving these pilots protection from retaliation for coming forward with their accounts – pilots have long feared telling about the strange crafts they’ve seen because previous witnesses were ridiculed, harassed, recommended for psychiatric evaluation, passed over for promotions and more. Reid hopes this senator will champion a safe place for pilots and other military witnesses – radar operators, sailors who have seen unidentified submerged objects, etc. – to share their experiences and possibly video or audio recordings.

Is Reid a witness who needs protection too? He didn’t give any more details about Area 51, which is in the state he represented. Nor did he say what should be done after the witnesses come forward. It was revealed in 2017 that Reid helped sneak $22 million into the annual Defense Department budget for the Advanced Aerospace Threat Identification Program, which we now know was shut down in 2012 after being run at the Pentagon by military intelligence official Luis Elizondo, who is now part of the To the Stars Academy of Arts and Sciences which is continuing its investigations and disclosures.

Those seeking UFO disclosure had a friend in Harry Reid when he was in the Senate. Can Reid convince his unnamed friend (rumored to be Reid’s former deputy, Senate Minority Whip Richard J. Durbin who is the ranking member of the Defense Appropriations Subcommittee) to take up the mantle? 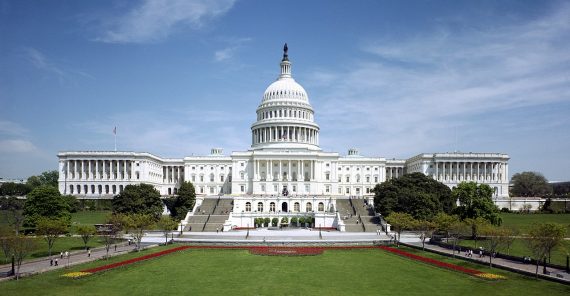 Can he convince anyone? Two other senators who supported the program -- Ted Stevens of Alaska and Daniel K. Inouye of Hawaii – died in office (Inouye) or shortly after leaving (Stevens). Reid was diagnosed with pancreatic cancer after leaving office.

Our Universe is a Mirror Image of One That Existed Before the Big Bang, Say Physicists