In a 1900 book, History of the Devil and the Idea of Evil, written by Dr. Paul Carus, we get to see what some of our ancient ancestors had to say about the unholy offspring that a coupling between an Incubus and a man, or a Succubus and a woman could create. And if you're not aware of the incubus-succubus issue, read on. Carus recorded: “The theory of incubi and succubi is presented in all its indecency on the authority of St. Thomas Aquinas, who in his commentary on Job (Chap. 40) interprets Behemoth (a large animal, probably the elephant) as the Devil, and derives from the mention of the animal’'s sexual strength (verse 16) the theory that evil demons can have intercourse with human beings. Satan is supposed to serve first as a succubus (or female devil) to men, and then as an incubus (or male devil) to women; and St. Thomas declares that children begotten in this way ought to be regarded as the children of the men whom Satan served as succubus. They would, however, the more cunning than normal children on account of the demoniacal influence to which they were exposed in their pre-natal condition. Matthæus Paris mentions that within six months one such incubus-baby developed all its teeth and attained the size of a boy of seven years, while his mother became consumptive and died.”

There was a strong belief that something decidedly non-human was behind the offspring of these terrifying, late night couplings. As for St. Thomas Aquinas, to whom Carus referred, he was highly knowledgeable on this matter. He said of assaults on the sleeping and the unwary, and of the nature of the children that resulted: “Still, if some are occasionally begotten from demons, it is not from the seed of such demons, nor from their assumed bodies, but from the seed of men, taken for the purpose; as when the demon assumes first the form of a woman, and afterwards of a man; just so they take the seed of other things for other generating purposes.” 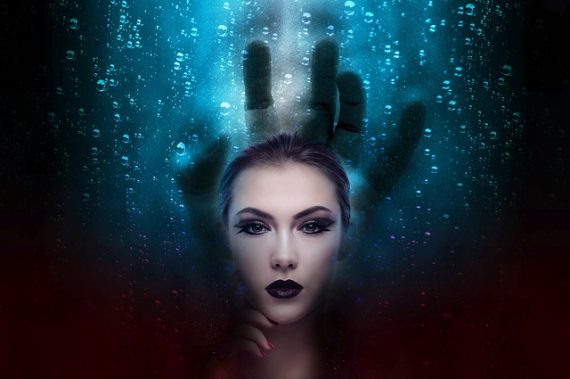 One of the biggest problems when it comes to the incubus and the succubus is the matter of their physical appearance. Or, more correctly, their multiple appearances. People who have experienced such things have described encounters with the so-called “Gray” extraterrestrials of UFO/”alien abduction” lore. Others have claimed rape by demons. More than a few have found themselves under the sway of the closest thing one could imagine to a real-life, shape-shifting, werewolf. Many have experienced horrifying visitations from a phenomenon called the “Old Hag.” It’s a creature that surfaces all around the world, but which is most curiously prevalent, for reasons that remain unknown, among the people of Newfoundland, Canada. As its name suggests, this breed of creature manifests as a white-or-black-haired, withered and wailing, ancient crone. A welcome visitor, she is not.

The prevailing, skeptical view on encounters with an incubus or a succubus is that they are provoked by something called Hypnagogia, better known as “Sleep Paralysis.” It is an age-old phenomenon that was finally given a name in the 19th century, by a French physician, Louis Ferdinand Alfred Maury. Essentially, sleep paralysis is a physical state that is somewhere between being awake and being asleep. At that hazy moment, when transition from one distinct state to another is occurring – and, more importantly, if and when that transition is violently interrupted – both body and mind act in decidedly strange fashion.

Sleep Paralysis plunges a person into a dream-like condition in which they, literally, cannot move. For all intents and purposes they are physically paralyzed, and that includes their vocal chords, too: the person is unable to shout, or scream, for help. They also, typically, detect a deeply malevolent presence in the room in which they are sleeping – or, on other occasions, experiencers will describe predatory forms slowly, and in creeping fashion, approaching the room. It’s an experience that can be accompanied by strange and menacing voices, incomprehensible words screamed or whispered at the terrified soul in rapid-fire time, and the sense of something dangerous looming over the affected person, as they struggle to both wake up and move. When they finally manage to do so, the dark atmosphere and attendant malevolent entity are gone, as in practically immediately. 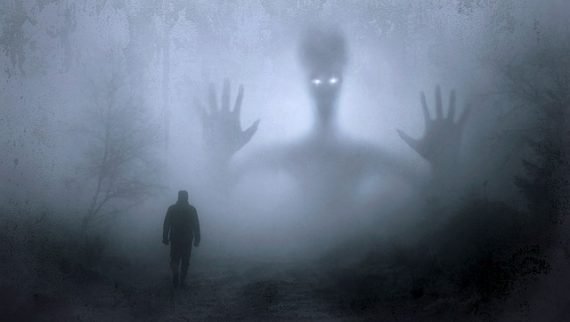 Those skeptical of the idea that Sleep Paralysis has external origins would likely say that the large number of Old Hag encounters that originate in Newfoundland are caused by cultural conditioning, and subconscious knowledge of how the experience should play out. Of only one thing can we be certain: when Hypnagogia occurs, an absolute multitude of supernatural forms appear out of the ether and subject us to violent, sexual encounters.

It’s easy to understand why Hypnagogia is perceived as being the cause of attacks of the incubus and succubus variety. But, there are important questions that needs answering. Sleep Paralysis is an undeniable, real phenomenon; there is no doubt about that. But, is it a product of the internal intricacies of the mind, the dream state, and the subconscious? Maybe not. It might actually be provoked by an external, supernatural source; one that can invade our dream states and manipulate them accordingly.