Why would someone want to hide files related to nuclear tests unless there was something in those files they didn’t want to go public? That’s the question many are asking after multiple documents related to the nuclear weapons testing conducted by Great Britain in Australia during 1950s and 1960s. There are many claims made that there are parts of the tests the British and Australian government would like to keep a secret. Who took the files, and what are they attempting to hide from the public?

Whatever it is, it’s likely related to radioactive materials left behind by the tests - although with all of the allegations made about the tests, there's no telling what's in the files. The British conducted twelve fairly low-yield nuclear tests in the Woomera Prohibited Area in South Australia and on the Montobello Islands in Western Australia between 1956 and 1963. As it turns out, of course, many of the tests also created a particularly nefarious type of radiation known as “black mist” which covered the Maralinga area and drifted towards Australia’s more populated east coast after detonation. Many Australian and British service members died after being exposed to the fallout. There have also been allegations made that human test subjects were flown into the site and never flown back out again, and it has even been claimed that people with severe disabilities were used as human guinea pigs to test the effects of the weapons.

Perhaps worst of all - although testing weapons on disabled people is pretty reprehensible - one of the test sites, Maralinga, was home to the the Pitjantjatjara and Yankunytjatjara Aboriginal people prior to the tests. They were relocated against their will to make room for the test range, but many of them refused their new settlement and ventured back into the off-limits former test site. Signs warning that the area was a weapons test site were written only in English and could therefore not be read by many of these people, and it has been suspected that some Aboriginal people may have already returned to the site when the test weapons were detonated.  In 2017, the Australian government announced that any indigenous Australians suffering from radiation exposure would qualify for upgraded healthcare. 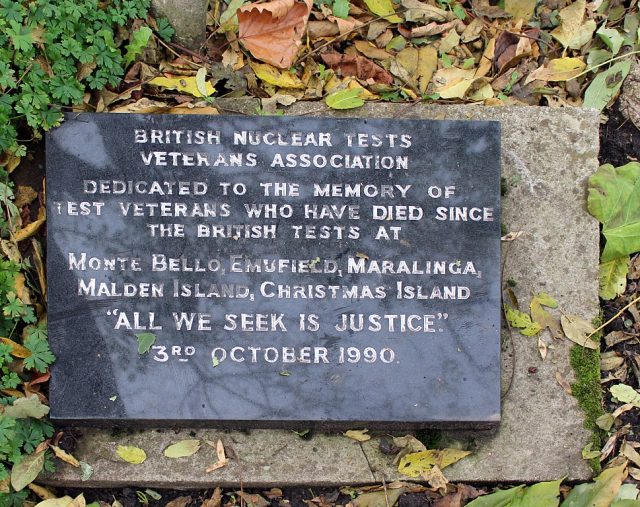 The British nuke tests were kept a secret from most of the Australian people until journalists in the 1970s began uncovering government documents related to the tests. Public scrutiny grew stronger questions arose over the last few decades over how well the the sites were cleaned of any radioactive waste. While the radioactive waste issue is a probable reason why the documents have suddenly vanished, who knows what else could be in them? A spokesperson for the National Archives from where the documents went missing stated only that the archives were “asked to temporarily withdraw these records” and that they have been reclassified to “access under review.” Of course it remains unclear how long the review will take or how many of the documents will be restored to the public.

Why were these files suddenly withdrawn from public access? What is the Australian government hiding?

Possessed Woman Has Something ‘Evil’ Removed After Family Tries Exorcism