Loch Ness, Scotland has a reputation for high-strangeness. It dates back not just to relatively recent times, but centuries ago, even. There is, for example, the 565 AD affair of St. Columba, who allegedly saw a strange creature in the waters of the River Ness, which flows from the huge loch. More than a thousand years later, there was a deep belief in the area that the waters of Loch Ness were home to what became known as "water horses" or "kelpies." They were dangerous and deadly shapeshifters. From 1899 to 1913, the "Great Beast" himself, Aleister Crowley, had a home at Loch Ness: Boleskine House. In 1933, the phenomenon of "the Loch Ness Monster" took off big time. In the 1970s, Nessie seeker Ted Holiday had an encounter at the loch with a Man in Black. In other words, Loch Ness is definitively weird. 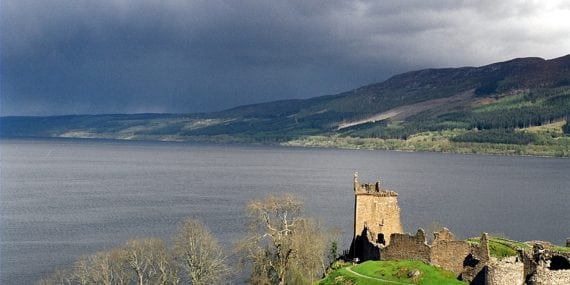 More Loch Ness weirdness hit the news in 2011, specifically in August of that year. The UK’s Daily Express newspaper splashed a headline across its pages that read: “Alert as UFO is sighted over Loch Ness.” The story was, undoubtedly, an odd one. That something occurred does not appear to be in doubt. It is, however, the nature of the “something” that remains open to debate. It was on the night of August 20, 2011 that a number of people –many being completely independent of each other – encountered something unusual in the skies over Loch Ness. Witness descriptions of the movements of the object fell into two camps: those who said they saw it descending into the loch and those who maintained it was actually hovering above the expansive waters. As for the appearance of the UFO, it very much depended on who one asked. But, whatever it was, it quickly caught the attention of the emergency services, who were contacted by worried locals.

Martin Douglas, of the Loch Ness Life Boat crew, told the Daily Mail that someone in the area had seen what, superficially at least, resembled a microlight or a hang-glider, and which actually seemed to enter the loch in a controlled flight. Oddly, however, others who saw the unknown craft described it as being somewhat balloon-shaped. Then there were those who opined it looked eerily like a fully-open parachute.  There was, then, no real, solid consensus on what was seen – or on what wasn’t seen. Crew member Vivian Bailey added that although the mystery was not resolved, the emergency services were pleased that concerned people had quickly contacted them. There is, however, a very odd afterword to all this. 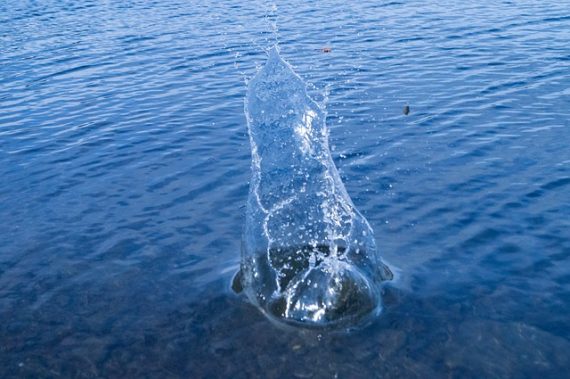 Exactly one month previously, on July 21, law enforcement offices in the vicinity of 125-miles-long Lake Champlain - which covers parts of New York and Vermont, and portions of Quebec, Canada - were inundated with calls from worried locals, all who had seen a balloon-like object fall into the huge lake, near Rouses Point, New York. Police and Border Patrol personnel were quickly dispatched and scoured the area, but with no luck. After around four hours, the search was called off. It remained a mystery. It should be noted, however, that, just like Loch Ness, Lake Champlain has its own resident monster. Champ - as the creature is famously known - is, like Nessie, a large, long-necked leviathan that has taken on near-legendary proportions.

Is it only coincidence that two lakes on opposite sides of the world – both with resident monsters – should have been the sites of unusual, and very similar, UFO-like activity within a month of each other? Or is this yet further evidence of profound paranormal weirdness wherever lake monsters lurk?

Lost Grave of First Explorer to Circumnavigate Australia Has Been Found