A mysterious and unexplained security breach at the Nevada National Security Site (NNSS) turned deadly this week, highlighting the serious nature of the Air Force’s secretive desert research facilities which include Area 51. According to a press release issued yesterday, at 5:18 pm local time on January 28, an unidentified male sped through a security checkpoint at the entrance to the site. Both the Nye County Sheriff’s Office and the NNSS Security Protective Force Officers pursued the man in what became a high-speed chase which lasted eight miles.

Eventually, the man came to a stop and exited his vehicle. That’s when things got weird - and dangerous. According to the NNSS, the man got out of his car and began approaching security officials carrying an unknown “cylindrical object.” The man did not respond to officers’ verbal commands to stop, forcing security personnel to open fire. The man was pronounced dead at the scene; no officers were harmed. 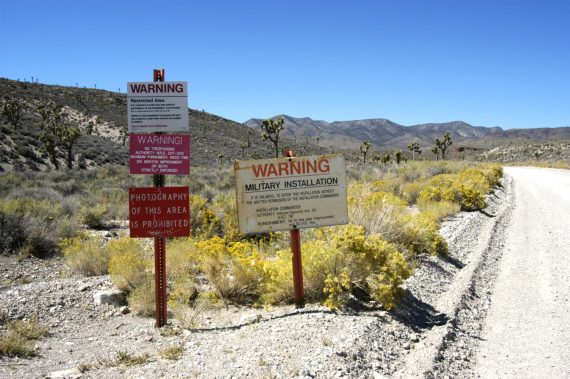 The Las Vegas Review-Journal says the FBI is investigating the incident. The Nevada National Security Site, formerly known as the Nevada Test Site, is home to the U.S. military’s underground nuclear testing program, weapons development programs, and many nuclear research projects. The infamous Area 51 is a remote detachment of the NSS found just an hour to the east of the main site.

I’m sure you’re wondering the the same thing I am: what exactly was the “cylindrical object” the man was holding when he got out of his car? What would someone want to smuggle into the secretive research facility? The vague way the object has been described in both the press statement and news reports is rather curious. Was this an attempt at sabotage? A foreign intelligence operation gone wrong? Or did the man take a wrong turn fleeing Area 51 with some type of exotic alien material? 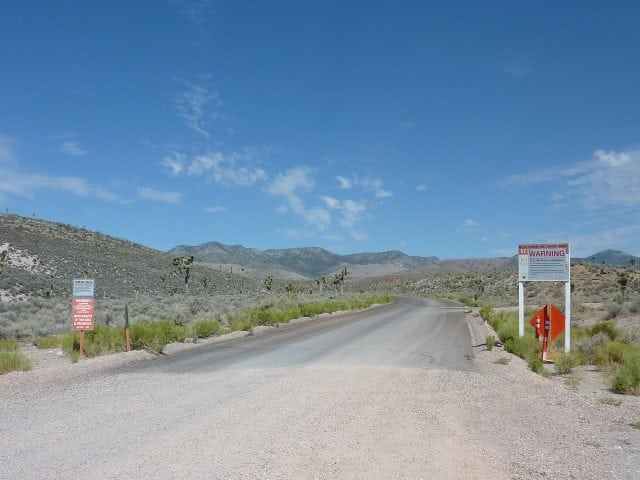 While it’s much more probable the object was an empty can of Icehouse or a flashlight, the lack of details released to the public so far leaves the imagination free to wander. Even if this happens to be a case of bad decision making due to mental illness or intoxication, it highlights the deadly seriousness of the many “No Trespassing” signs surrounding Area 51 and other secretive research sites in America's deserts. No grainy cellphone photo of alleged alien technology or an experimental black triangular drone is worth risking your life.

But seriously: what was the mysterious “cylindrical object” the man was carrying? Why was he trying to get into such a heavily guarded facility? Does this have anything to do with the other Area 51-related revelation this week about secret 'motherships' possibly being tested at the site?