A couple who took a paranormal tour of Dudley Castle in West Midlands, England, were left surprised at what they found when they were going through their pictures after they got home.

Helen Wakeman and her partner John Dargan, who are from Birmingham, were amazed and equally confused when they checked their pictures and noticed a figure standing behind John. Helen took the picture of John who was standing on the steps leading up to castle but she claims that he never saw the alleged ghost who was standing to the right of the archway. In addition to not seeing anyone standing there when she took the picture, she knew that it couldn’t have been any of the other visitors since they were the first ones to walk up the stairs so there wasn’t anybody in front of them. 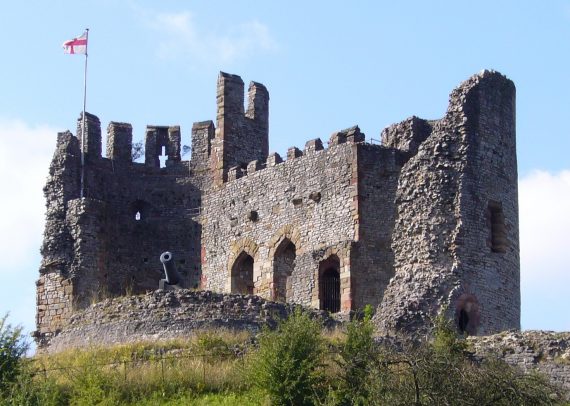 The unknown figure captured in the picture looks similar to a monk wearing a hooded cloak. This makes sense since a tour guide informed them that monks from a nearby monastery used to walk up the steps to the castle in order to conduct prayers and lessons there.

Helen explained that her parents bought her and John tickets for the paranormal tour as a Christmas gift as they have previously done ghost hunts before and really enjoyed them. “We have become avid ghost hunters and get a real thrill out of it but have never managed to capture anything on camera until now,” she said, “We had a great night, it was very spooky and we went off in groups for vigils and to explore the grounds.”

Click here to see the picture Helen took of John with the ghostly apparition.

Built in the year 1071, Dudley Castle has been named one of the most haunted places in England. The “Grey Lady” is their most famous ghost that haunts the castle. She is said to be Dorothy Beaumont who died, along with her baby, shortly after giving birth. 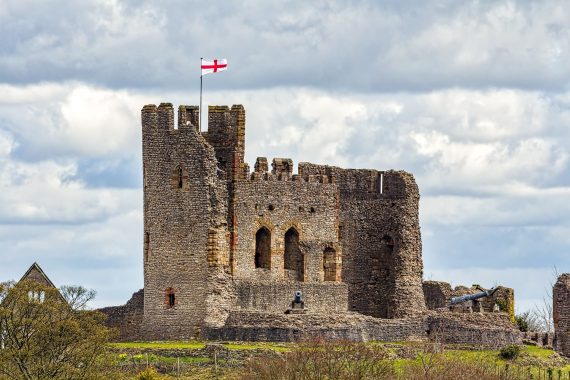 As the legend goes, just before she passed away, she asked for two things to be done: she wanted to buried next to her baby and she asked that her husband go to the funeral. Unfortunately neither of those requests were granted and that’s why her sad and restless spirit is still wandering around the castle as well as the grounds outside looking for her baby and husband.

The castle offers ghosts walks with includes actors and actresses who portray spirits. On several occasions, people who were on the ghost tour asked why there were two women acting as the Grey Lady. Since there is only one woman employed at the castle to play the part, it would seem as though some lucky people maybe have seen the actual spirit of the real Dorothy Beaumont – or Grey Lady – while taking a ghost tour of the castle and the grounds.

Werewolves of London and a Texas Chupacabra