What would be the weirdest thing you could possibly imagine seeing in deep space? If you guessed a Tesla roadster, you’re probably right - although NASA occasionally spots some truly anomalous or curious things out the cold expanse of airless blackness surrounding us. The latest strange find comes thanks to NASA’s New Horizons space probe which last week found an odd “snowman world” in the Kuiper belt at the distant edges of our solar system.

The world’s nickname comes from the irregular shape of Ultima Thule, an icy minor planet at the far end of our cosmic neighborhood some 6.5 billion kilometers from Earth. Ultima Thule consists of two separate lobes seemingly joined together which give the impression of a simple snowman. The New Horizons probe was able to fly within 27,000 kilometers (17,000 miles) of Ultima Thule and gather several different types of images of the curious world.

New Horizon’s flyby of Ultima Thule marks a new record for the most distant object explored in our solar system. "This flyby is a historic achievement," says New Horizons Principal Investigator Alan Stern. "Never before has any spacecraft team tracked down such a small body at such high speed so far away in the abyss of space. New Horizons has set a new bar for state-of-the-art spacecraft navigation."

According to Stern, the data collected by New Horizons is a “treasure trove” for him and other NASA scientists to pore over in the coming months as the space agency slowly downloads the data over the next two years. The odd binary minor planet could reveal new secrets about the process of planetary formation and the early days of our solar system.

While a couple of neat pictures of a weird snowman world aren’t exactly likely to draw major headlines, this new discovery shows just how close we are getting to being able to fully explore the strange, distant worlds of deep space. Who knows what kind of weirdness we’ll uncover in just a few more decades?

Man Takes Picture Of What Could Be The Extinct Tasmanian Tiger 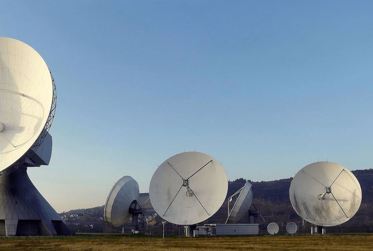 Scientists Calculate When to Expect a Response from Messages to Extraterrestrials