Some places don't seem to be the sort of locales where one would expect to find violence, death, and malignant forces. They exist out in the land of happiness and safety, and a warm blanket of security. Yet in some cases sinister events and maleficent crimes spring out out of nowhere, to leave the populace reeling and those who would find the truth scrabbling for answers. Such is the tale of a small, quiet town in the U.S. state of New York, which for whatever reasons was one day visited by the specter of death, which grabbed on and would not let go.

The small, sleepy town of Dryden wouldn’t typically appear to be a particularly evil place. Nestled within New York’s scenic Finger Lakes region, it is a calm place of small town life, with only 14,000 residents, and a quaint locale that most would find quite charming and where most people didn’t even bother to lock their doors. Indeed, it is even said that film director Frank Capra based the town of Bedford Falls in the hit movie It’s a Wonderful Life on Dryden. Yet the grim visage of death was drawn to this quiet hamlet beginning from December 22 of 1989, when state troopers were called to the home of the Harris family to find every single one of them brutally murdered. Someone had tied up Warren Harris, 39 years old, his wife Dolores, 40, and their children, Shelby, 15, and Marc, 11, put pillowcases over their heads, and then shot them in the back of the heads at point blank range, execution style, before burning the corpses.

The motive was thought to have been robbery, but whatever had raised this demon of death was a stranger to this normally serene and peaceful place. People who were normally a world away from such violence began to panic for the first time since whenever, locking their doors and afraid to leave their homes. In the meantime, police homed in on some potential suspects, chief among them a man named Michael Kinge, 33, who ended up dying in a spectacular police shootout when approached by the law, taking his secrets to the grave with him. Although there were other suspects, such as Mr. Kinge's mother, Shirley Kinge, no one was ever actually arrested for the Harris murders, and they have never been solved. Indeed, it was found that Shirley had been framed for it all, her fingerprints planted at the crime scene by an investigator, and she would spend nearly 3 years in jail before having her name cleared, going on to sue the state.

It was all a very shocking crime in this small town where everyone knew each other, and it sowed great fear and paranoia at the time, with everyone convinced that they could be next and that there was a madman on the loose. Ithaca Journal reporter Russell Maines would say of this general sense of desperate panic, “The closest thing I can compare it to, for someone who didn't live through it, was 9/11. Everybody was terrified; it was a really frightening time.” Even the mayor of the town at the time, Robert Day, would say of this unfortunate situation, “The folks that grew up here remember never locking their doors. Folks never locked their cars. They would even leave the keys in the car all the time. It’s not that way anymore.” Slowly the town did inch towards some semblance of normalcy, but the unsolved mysteries and death were not far away, still circling.

On February 2 of 1990, little 2-year-old Aliza May Bush suddenly and inexplicably vanished from her home during a snowstorm. The mother would be sent a single mitten from the missing girl anonymously in the mail as police scoured the area for any sign of her. Creepily, the mother would then admit that she had buried Aliza’s body out in the wilderness herself, and that she had been the one to send herself the mitten to throw police off the trail. It was just one more tragedy to hit the town in a short span of time, but death was still not finished, and more violent tragedies would rock this small town in quick succession.

In the summer of 1993, a Kirsten Clark had a rather horrifying experience when her boyfriend, 26-year-old Scott Hume, was ruthlessly attacked right in front of her eyes by a friend, Paul Jackson. Just one year later, on December 24, 1994, a very popular local football coach named Stephen Starr had death come calling when his daughter’s disgruntled ex-boyfriend broke into their home to shoot him and try to kill everyone else. Although the rest of the family escaped, Starr would die, and the death would continue when the perpetrator of the crime, a Jonathan Merchant, drove off to a nearby cemetery and blew his own brains out. Football had something out to get it in this town, as September of 1996 would see the death of high school senior football star Scott Pace die in a tragic car accident, and the following year would have his brother Billy also die in a car accident. Also in that same month Robert Bergman, a supervisor at a Chevrolet dealership in Dryden was viciously shot and killed by an employee named Ed Bailey Sr. 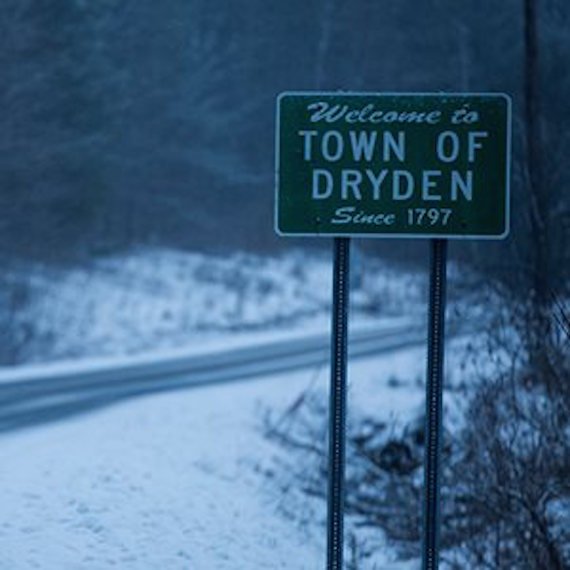 By now the town of Dryden and its string of deaths were attracting quite a bit of attention in the media, where it was being called the “Village of the Damned,” but even then there was no end in site to the dark specter of tragedy that had decided to descend out of nowhere upon this once tranquil hamlet. Some of the most well-publicized deaths also happened in 1996, in October of that year, when two 16-year-old cheerleaders named Sarah Hajney and Jennifer Bolduc suddenly vanished without a trace, and signs of a struggle at their residences pointed to abductions. An intensive search was launched, which would eventually turn up body parts from the two girls strewn all over a town around 30 miles away. A man named John Andrews was arrested in relation to the grisly murders, having stalked them for some time, but would deny the police any chance of answers when he shortly after hung himself in his jail cell.

The “curse” over these two girls would continue into 1999, when a classmate of their’s, 19-year old Katie Savino, died in a drunk driving accident, and another classmate named Mike Vogt would commit suicide just three months later. They are not related to the murders, but they do cast yet more of a dark pall over this once carefree abode. For a once quite community quite removed from murder and death, it was all quite a bit of a shock, and Rick Pace, who lost two nephews to the trail of death, has said of the place, “It's like a curse or something. It isn't right. It seems like things no one deserves once in a lifetime have happened six times in six years in that small town.” 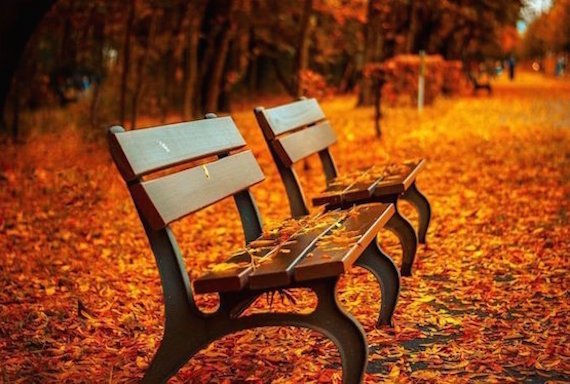 In recent years the story of this peaceful town beset upon by murder and death has proved irresistible, and it has spawned its own documentary TV series on the tragedies called Village of the Damned, which has generated quite a bit of controversy from locals who have long kept it to themselves and who think it is a bit tasteless. Dryden Deputy Supervisor Dan Lamb has said of this series and its attempts to bring these events into the light:

Frankly, I'm disgusted with the sloppy sensationalism that infuses this production. I heard the producers botched simple facts in order to sensationalize these tragic events, so it is neither a fair nor factual portrayal of the events or of the town of Dryden. If anything is 'damned,' it's the way media contrived a label for these unrelated tragedies and continues to feed a myth of its own creation. That said, even if the producers were able to get the facts right the production is in poor taste because its sole aim is to profit off of the victims and their families. Dryden is a beautiful town and calling it the ‘Village of the Damned” is insulting. (Investigation Discovery) should be ashamed of themselves for airing this.

There have been whispers that this place is somehow cursed, that this is the only explanation for why a normally quiet and serene, town like this could be rocked by such an onslaught of the violent and macabre. What is it that brought all of this down on this town? Is this some sort of insidious curse, as is rumored, or is it just an unfortunate series of events that has plagued this once peaceful place? We may never know, but the town still reels from these events, and although it may lick its wounds the scars will likely never heal.