In the long history of human warfare, we have constantly tried to one up each other on the battlefield, devising new technology, tactics, and weaponry to give ourselves the edge. In this sense it seems only natural that at some point we should turn to the vast wealth of supposed psychic powers lying within the human mind and try to use them to our military advantage, and this was, and perhaps still is, done on a surprisingly large scale within the American military and intelligence agencies. Here we have tales of psychic soldiers, men who stare at goats, and the American Jedi soldiers.

One of the most famous psychic projects pursued by the U.S. military was a program that sought to delve into tapping into a wide variety of mental powers for military purposes, which was eventually called Project Stargate. Originally started in 1978 at Fort Meade, Maryland, it was the brainchild of the Defense Intelligence Agency (DIA) and a California company called SRI International, and its scope would become wide beyond what anyone could have expected. The idea was simply to try and develop psychic powers for use in military operations, initially focusing on remote viewing, wherein faraway objects and places can be seen by the psychic, but soon branching out to clairvoyance, manipulating computer systems with the mind, and even supposedly powers straight from a movie, such as levitation, invisibility, walking through walls, or killing with the power of the mind. 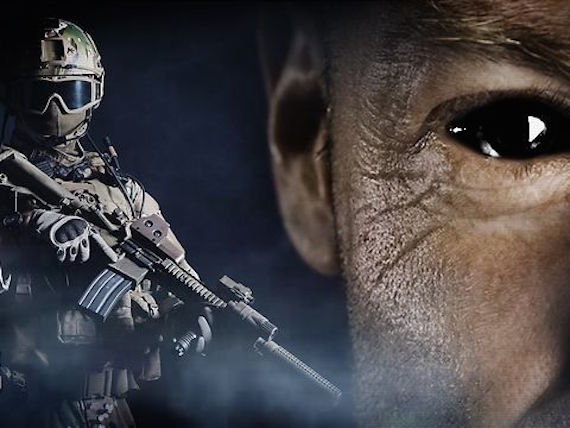 It was largely overseen by the esteemed general and self-professed psychic General Albert Stubblebine III, and is a project popularized by the 2009 Hollywood blockbuster The Men Who Stare At Goats, starring George Clooney and Ewan McGregor, itself based on the 2004 book of the same name by journalist Jon Ronsonthe, the title of which refers to having psychics stare at goats or other animals and try to physically affect them with their thoughts. As absurd as it may sound, there were indeed many living creatures subjected to these sorts of experiments in an effort to create psychic assassins, and there were allegedly successes at times and even supposed real research that that was said to conclusively prove that negative mental energy could be focused upon mould to inhibit its growth, which is useful for the military? I suppose? Even the famed psychic and spoon bender extraordinaire Uri Geller was allegedly brought into the fold and asked to kill a pig with his mind for the military, which he says he refused to do, not because he couldn’t, mind you, but because he thought it was unethical. Geller would say of this:

They asked me to kill the poor creature using thought alone. I cannot tell you how shocked I was. I love animals. My powers cannot be used to harm. In those days, I was young and naive, but in that moment I realised who I'd become associated with. I catapulted myself out of that room and left the program.

While this might all sound like pure fantasy, it was bizarrely a totally real program that expanded quite rapidly. The Cold War in particular saw some in the American military war machine terrified that the nefarious Soviets were pursuing psychic warfare, spying on them, influencing them, or even trying to disarm nuclear weapons with the power of the mind, and efforts to counteract this were stepped up. As a result, the project began to give birth to other clandestine offshoot programs and sister programs, all with colorful code names right out of a comic book that these sorts of thing were known for, such as GONDOLA WISH, GRILL FLAME, CENTER LANE, SUN STREAK, and MK ULTRA, and all devoted to different areas of psychic phenomena. It was all very hush hush, and funded secretly, but inevitably word leaked out about these covert operations. It might sound ludicrous that the military would pour so much time and money into all of this, but it was apparently all taken very seriously, and one remote viewer and Special Forces Sergeant Glenn Wheaton has said of such secret programs:

You have to understand that these ideas were not considered wacky. They were seen as the next military frontier. We needed to know whether it was possible to use paranormal forces for military ends. We also needed to know how to protect ourselves should they be used against us. 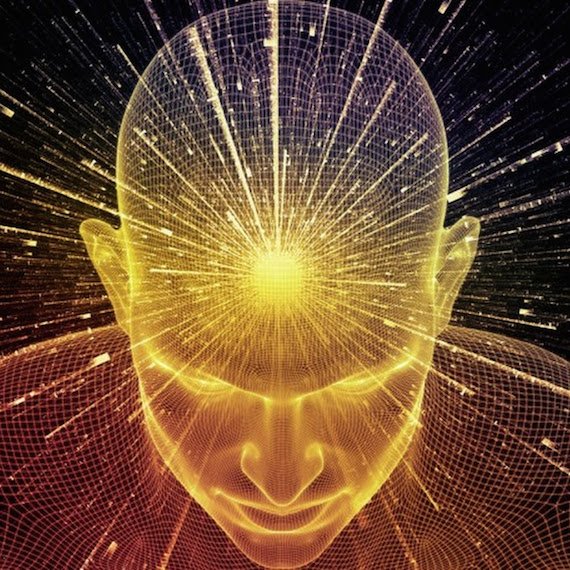 One of these projects was called Project Jedi, named after the Jedi of the Star Wars films, and which sought to focus on creating soldiers who could use their mental powers not for merely spying, but for actively offensive purposes and to increase human performance on the battlefield. The program first started to come together in the late 1970s and early 80s, and was also known by such titles as the “Ultimate Warrior Training Program,” “The Jedi Warrior Training Program,” and the “Earth’s First Battalion,” and which was designed specifically for use by elite Special Forces and envisioned as potentially revolutionizing warfare.

One area that was developed towards these ends was to utilize what was called by them “Biocybernaut training combined technologies of biofeedback, neurofeedback, cyberphysiology, and contemplative inner methods of mastery drawn from the vast array of contemplative science traditions” to supposedly hone soldiers’ perceptions and mastery over their minds and bodies. This was allegedly used to sharpen the marksmanship of the soldiers to nearly superhuman levels of ability, and it was claimed that soldiers trained with these methods were better shots in less than half the training time of conventional methods, and that they could even reach a level where they could shoot accurately when blindfolded. These methods could also supposedly be used to increase the speed of mastery of foreign languages, as well as to consciously manipulate brain chemicals such as endorphins for the purpose of enhancing physical prowess. They were also apparently trained to be able to control numerous bodily functions such as blood flow, muscle tension, healing rate, blood pressure, and physiological reactions to stress, as well as turn off pain and also how to “synchronize their brainwaves.”

A great deal of this training was also focused on increasingly deep meditation exercises and martial arts skills. One of the main guys they had working on this in the early stages of the program was instructor Mike Echanis, who was an almost cult-like figure of the martial arts world at the time, and by many accounts was able to utilize many of these mental powers to improve his fighting abilities, with one account saying of one training exercise:

The students couldn't see him. It wasn't that he was actually invisible, but he could blend in, using both camouflage and mental trickery, that they couldn't spot him. He was able to adapt and blend into the environment so well that those looking down into the pit just could not see him. A trainee would jump into the pit, and suddenly Echanis would come out of nowhere and be upon him, and the hand-to-hand combat would ensue. The students were certain to endure a severe beating. 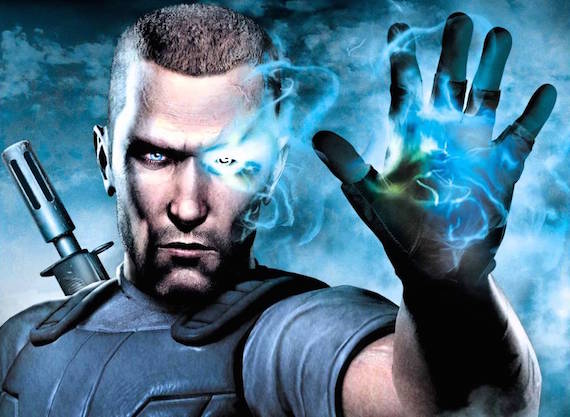 Echanis was also said to have the ability to kill animals with the power of his mind alone. Indeed, according Wheaton this was sometimes spectacularly successful, such as one episode in which he personally witnessed the martial artist kill one of the animals in this way, of which he says:

Michael focused on the goat pretty intensely. It started to bray like a donkey or horse. It dropped down to its forelegs; blood began to drip from its nose. About 20 to 30 seconds later red suds began to froth from the goat's mouth. The goat lost its equilibrium and passed away in a fit.

There was also a martial arts instructor with the program named Guy Savelli, who claimed to have vast knowledge of ancient secret techniques such as the death touch, as well as “reflex-reaction, touch sensitivity, concepts of power and invisibility, and mind-striking techniques.” Interestingly, his “mind striking” powers were purportedly so advanced that he was able to throw grown men across the room, as well as kill small animals such as hamsters with a thought, earning him the nickname “Hamster Killer.” Folks you can’t make this stuff up, it writes itself. Another big hitter in the program was Dr. John Alexander, former commander of Special Forces in Vietnam and psychic, of which his biography says:

As part of his official military duties, he became involved in studying psychic phenomena and attempting to understand what the Soviet Union was doing in this area.  He learned how to teach psychokinesis, involved professional magicians in the process, and then brought these skills to many high-level officers. His studies also covered remote viewing and extensive work in Neuro-linguistic Programming. These techniques were applied to accelerating learning and skill acquisition.

Project Jedi only lasted 6 months before it was sort of closed down, but it still adds to the wider lore of Project Stargate, of which it was a part. The whole bonkers program was passed off to the CIA and eventually downsized and eventually terminated in 1995, with the CIA declassifying the documents and claiming that none of the projects ever saw any real verifiable promise for actual intelligence or battlefield work, and that it was a waste of resources that could be spent elsewhere. However, of course there is the opinion that programs such as Project Stargate and others like it never really stopped but were rather buried deep away from the public eye. Such programs are claimed to have actually seen plenty of military action, such as pervasive rumors that U.S. remote viewers were instrumental in locating and bringing down the terrorist Osama Bin Laden. is this true and is the military still actively engaged in using psychic powers for warfare? Who knows?

So here we have psychic warriors, real Jedi fighters, and the channeling of the power of the human mind into military capacities. Is there anything to any of this? While it is certainly true that the U.S. government did pursue these avenues of research and did try to weaponize psychic powers, how successful were they really, and does any of this still go on? Like any good conspiracy there is probably no way to convince anyone either way, and the debate and speculation will probably rage on.